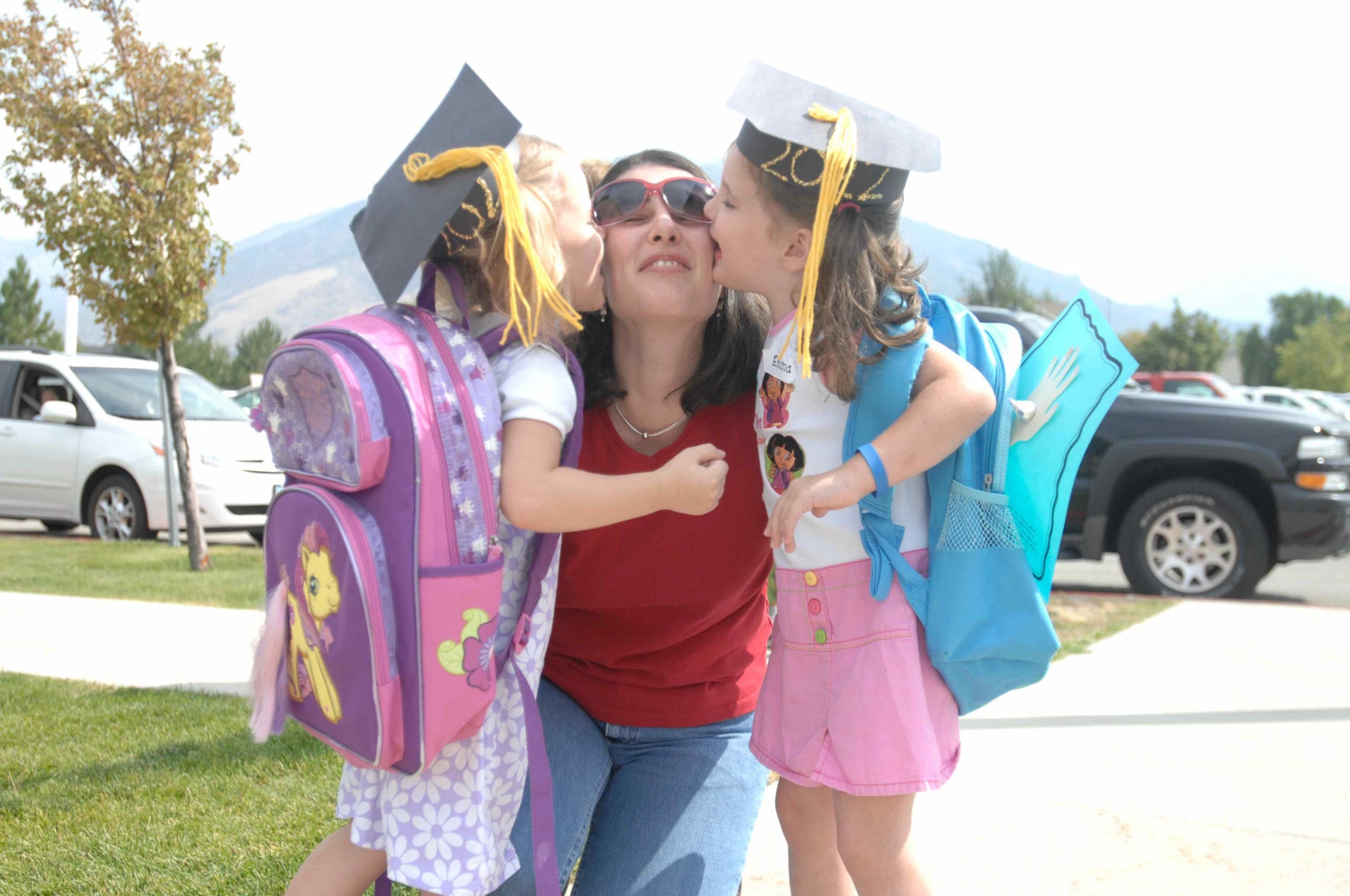 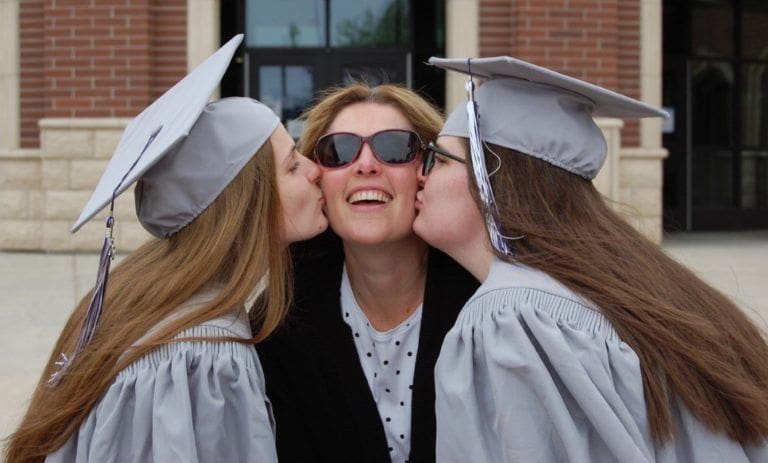 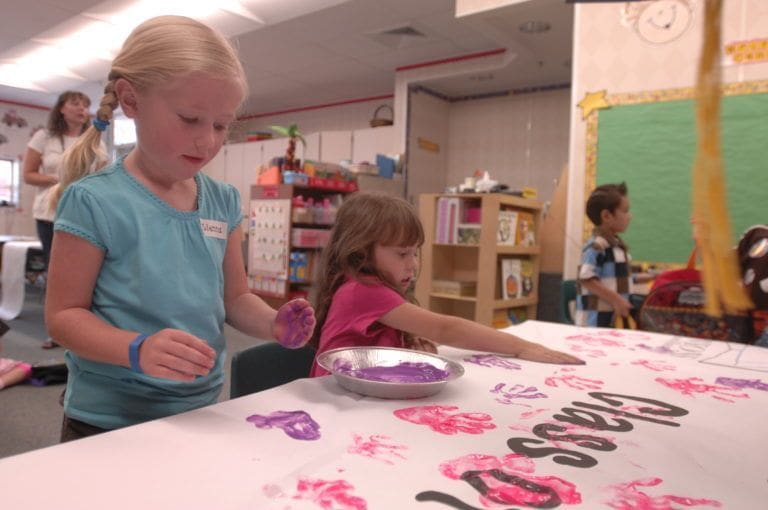 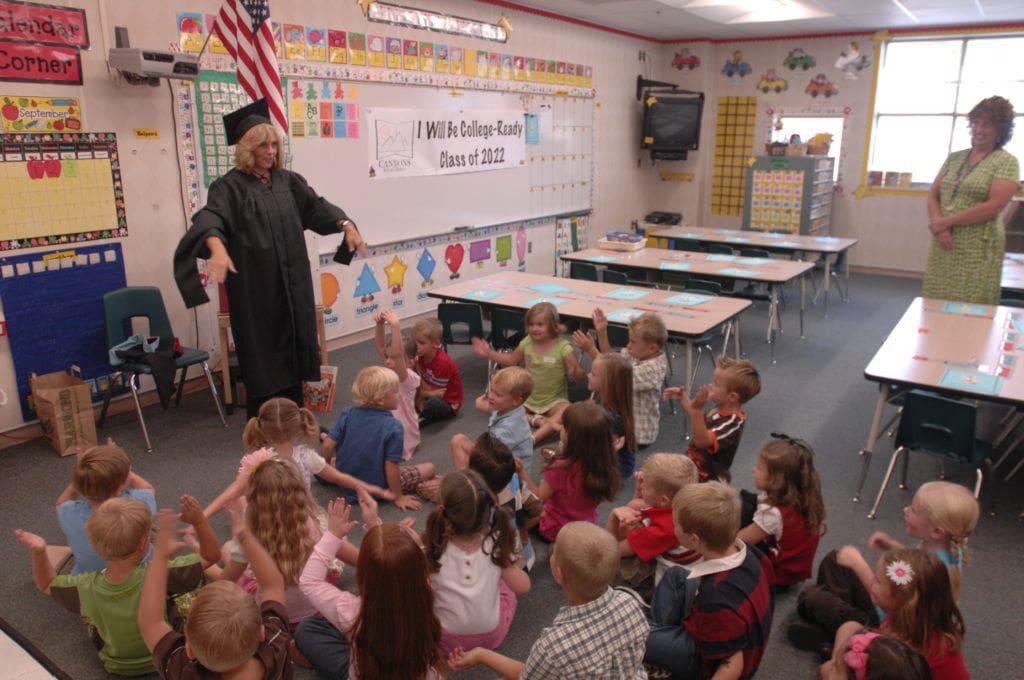 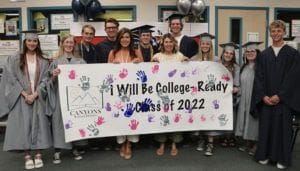 They were the impetus behind the creation of Canyons District, which came into being following a vote of the people. They were the first kindergartners to be welcomed by the newly-formed District in 2009, and they were the first beneficiaries of the community’s investment in new schools and programs. 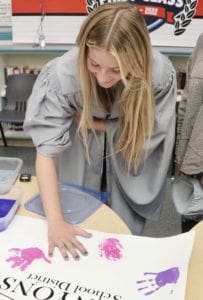 The Class of 2022 is Canyons District’s “First Class,” and we couldn’t be prouder of the progress those fresh-faced 5-year-olds made enroute to becoming young adults who are ready to take on a world that has changed as much as they did.

The Connect Canyons podcast crew recently invited a handful of graduates back to their old stomping grounds at Oak Hollow Elementary to reminisce and reunite with their former kindergarten classmates and teachers. The students re-enacted the photos they took at Oak Hollow’s first Kindergarten College-Ready Day back in 2009, shared a few words of advice, and received a congratulatory pep talk from Dr. Rick Robins, Canyons’ fourth superintendent. 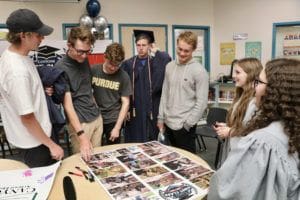 “One of the reasons we’re here is not only to commemorate your graduation, but also to recognize the history of the district,” said Dr. Robins at the event. “Your time, your academic time in Canyons school district, began when the District was opened. And I think that’s important.”

Canyons’ “First Class” graduates came along at a great time. Not only did the Oak Hollow kids get terrific teachers like Mrs. Jeri Rigby and Mrs. Pamela Saltmarsh who made a cameo appearance at the Eagles’ recent reunion, but the District was also a front-runner in Dual Language Immersion programs, a treasure trove of athleticism, a performing arts wonderland, and a place where science, math, the arts and new technologies were embraced. As Dr. Robins noted: the Canyons community also had the foresight to invest in new-and-improved educational facilities.

“I’m glad some of your parents are here today, because they deserve some thanks. In 2007, they made a decision as a community and as families to not only create this district, but also to vote for bonds to build new schools,” he said. “At the time, Draper Park Middle and Corner Canyon High School did not exist. And so that’s a real tribute to them.”

Corner Canyon graduate John Norden was among the first cohorts to enroll in Draper Park Middle. Looking back, he ranks as a highlight of his K-12 career becoming fluent in French.

“I think one of the best parts about elementary school was the opportunity to do programs like dual immersion,” Norden said. “That’s been incredibly influential, and French will hopefully be part of my career as well.”

The Class of 2022 has come of age with Canyons and lived through many changes. Changes like the reconfiguration of grades to bring the ninth-grade into high school for a more streamlined path to graduation. Or the unification of Canyons’ curriculum and common assessments so that teachers could use data to drive their instruction. These changes, coupled with an emphasis on teachers working as teams has helped propel a steady increase in Canyons’ test scores and graduation rates.

Of course, students have also borne witness to major social and political changes, which is what Walker Dunbar remembers, from the election of America’s first black President and the Great Recession to the evolution of smart phones.

“The Obama presidency was a pretty big deal here in Utah. I remember the food changing with Michelle Obama’s healthy school plans,” Dunbar said. “That, and the evolution of smartphone. That’s pretty cool. I remember first seeing like digital screens and some kids would have them and be like, well, that’s crazy now, everyone pretty much has access to it.”

And who could forget the pandemic, which interrupted three of the four years these students spent in high school? “The COVID-19 pandemic, it really taught us something. We learned we’ve got to be more loving of each other and be more patient,” said Dunbar who is enrolling at the University of Utah’s David Eccles School of Business and its global programs.

Asked to share some parting thoughts, the seniors all reflected on the teachers, coaches, counselors and administrators who helped them along the way.

“I was more shy and they kind of helped me like branch out,” said Charger Megan Schmidt of some of her early Oak Hollow teachers. “I had multiple teachers in elementary school who kind of helped me and pushed me a little bit to like stand out and get out of my comfort zone.”

Schmidt also said she’d go back and let the younger version of herself know that it’s not worth stressing out about trying to make time for all the things you want to do. “Like give myself a break once in a while, not push myself too hard and just kind of have fun,” she said.

Chloe Tautkus, on the other hand, harkens back to the lessons she learned in kindergarten 13 years ago: “Be friends with everyone, be kind to everyone, just keep smiling through it cause you’ll get through it and it goes by really fast.”

Indeed, “time flies,” remarked Mrs. Saltmarsh at the reunion, offering some words of encouragement. “The good news is that you’re the pilot and you’re flying the plane,” she said. “Just have a flight plan … and talk to your flight tower. Make sure that you’re communicating with your college counselors, your mentors, your former teachers and people that you network with because we’re here for you still.”

Like what you heard? Check out more Connect Canyons Podcasts here 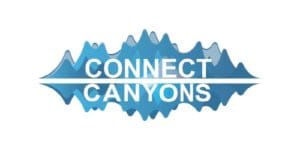