It may sound far-fetched, but “daylighting”  or the addition of windows, skylights and full spectrum lighting  is catching on as a powerful and relatively inexpensive way to improve the learning environment at schools. Motivated by research showing how light is critical for the productivity and well-being of students and school employees, the Canyons Board of Education has proposed a tax-rate-neutral bond that, among other things, would be used to add large windows and skylights to 18 elementary schools in all corners of the District.

When Canyons was created, it inherited aging schools from a previous school district. Some have so many safety, seismic and other structural and technological deficiencies, according to a group of independent engineers, that they need to be rebuilt. “Learning can only happen in an environment where children feel cared for, secure and comfortable,” says CSD’s Facilities Director Rick Conger.

Other schools still have years of life in them, but were designed in such a way that they don’t allow in much light. These schools were built in the 1960s and 1970s at a time when open classrooms were in vogue, explained CSD’s Facilities Director Rick Conger. Classrooms back then were divided by partitions or bookshelves, instead of walls, giving them a cozy living-room-like atmosphere conducive to hands-on, collaborative learning. As such, light was able to easily filter through the school. 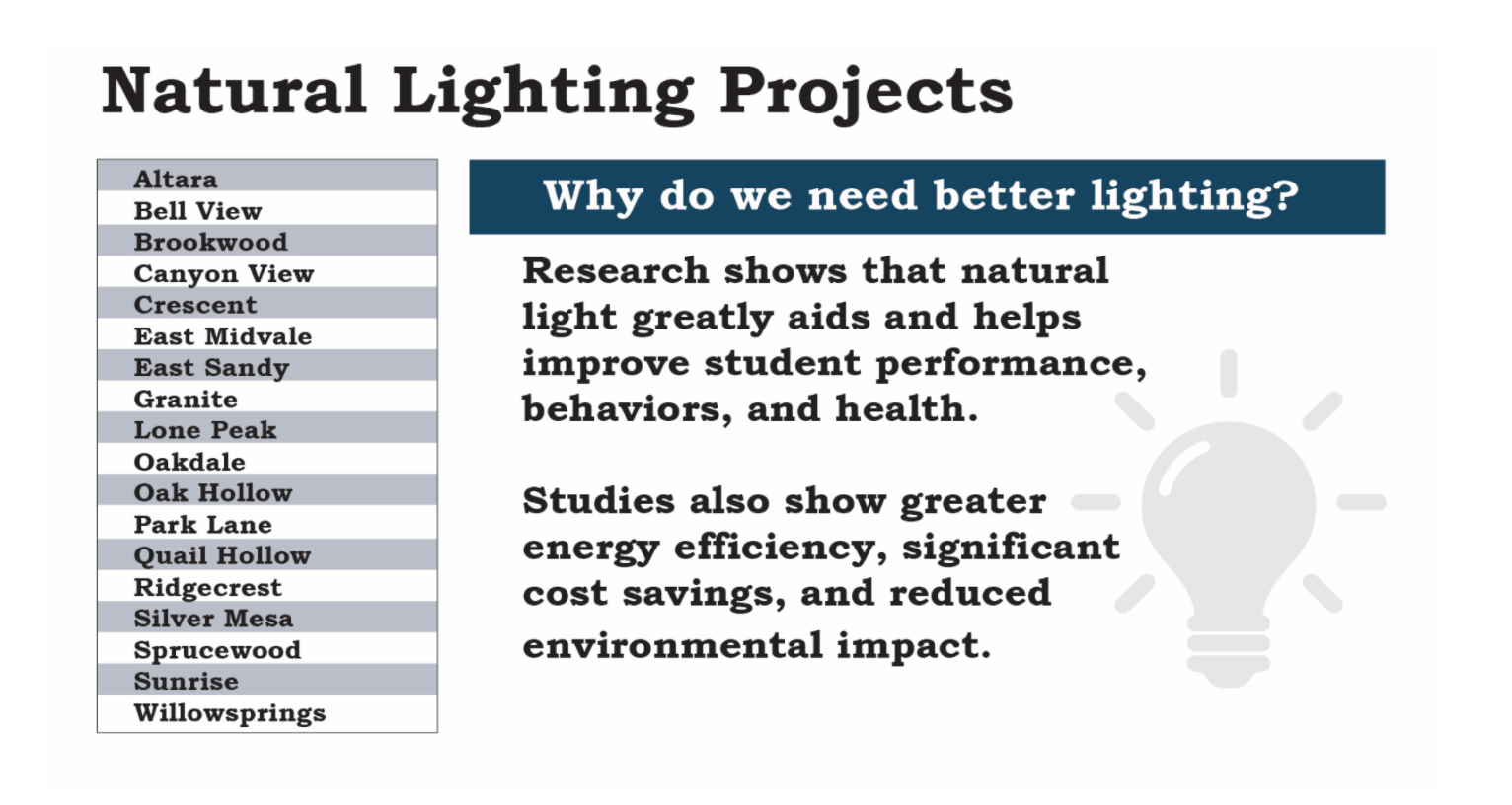 But over the years, as teachers found the open design to be noisy and disruptive, walls were added, thereby closing many classrooms off to fresh air and natural light. “Open designs still have a place in education,” notes Conger. “There’s actually been a resurgence of interest in group learning and experiential forms of instruction. But the key is building classrooms to support all types of instruction, including group learning and traditional lectures. Today’s designs feature moveable partitions and modular furniture. They are built for flexibility.”

Today’s schools also are constructed to infuse classrooms with loads of light. While research on non-traditional forms of instruction is mixed, there’s growing consensus on the benefits of light.

A recent study published in the Building and Environment Journal found that classroom design choices, such as lighting, can affect a child’s academic progress over a year by as much as 25 percent. In another 2003 study, cited by the U.S. Department of Education, classrooms with the most daylight had a 20 percent better learning rate in math and 26 percent improved rate in reading when compared to classrooms with little to no natural light.

There’s also data suggesting large windows with views of outdoor greenery can lower the stress and mental fatigue of students and improve the productivity of teachers. And that’s without considering the indirect environmental health benefits of newer, more energy efficient lighting fixtures.

Light, of course, makes it easier to perceive what’s going on around us. It controls the body’s circadian system, or sleep-wake cycles, and has an influence on the body’s secretion of hormones affecting cognitive performance, writes Anjali Joseph, Ph.D. for the Center for Health Care Design. For these reasons, and more, many states and municipalities require that inpatient hospital rooms have windows. 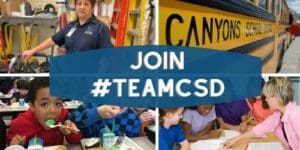