In Canyons District, cafeteria food isn’t something that makes students wrinkle their noses in disgust  for some kids, it’s the very reason they go to school at all. It’s the key to helping them learn. 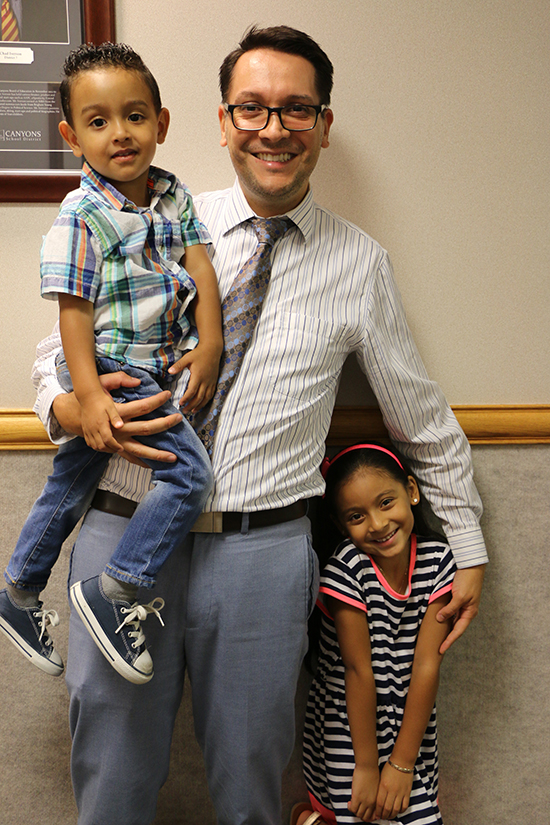 ve, healthy, delicious nutrition for Canyons’ students. Varas’ pioneering work has earned him recognition from the School Nutrition Association as the 2017 Director of the Year for the state of Utah. The national, nonprofit professional organization also gave Varas the President’s Award of Excellence in 2016 for his accomplishments.

Since Varas became director of the Nutrition Services department, Canyons has made some major changes to its nutrition program, including switching from having fried products to having baked products, increasing its budget for fresh fruits and vegetables, adding online apps with complete nutrition and ingredient information, and implementing promotions to create a bridge from the classroom to the cafeteria as students learn about the importance of nutrition.

“Sebasthian has done a tremendous job in overseeing the District’s lunch program,” said Canyons’ Chief Financial Officer Leon Wilcox. “Under Sebathian’s leadership, the lunch workers always provide friendly and helpful service to our students. Sebasthian has performed an excellent balancing act in that the quality of the District’s meals have improved, yet lunch prices have not increased.”

One major change to Canyon’s meal program came after Varas studied how many students qualified for free breakfast and noticed students weren’t taking advantage of the service when it was offered in the cafeteria. Instead, Varas moved the program into the classrooms of Canyons’ Title 1 schools, where every student in every classroom receives a free breakfast.

Teachers report that the change has had a positive impact as students are less likely to be tardy, because they don’t want to miss the meal. Students are also more ready to settle down and learn after they have a brief opportunity to socialize with their peers as they eat their whole grain muffin, string cheese, milk and fruit. At least 90 percent of the students eat the breakfast when it is provided in the classroom, Varas says.

“If you think about it, if we are malnourished we cannot learn, and we are not going to be ready to pay attention in the classroom,” Varas said. “Ultimately, if you don’t come to school well-nourished, or you don’t have access to healthy meals, you aren’t going to succeed academically, which is the goal of the District.”