Six students from the District earned state championship titles at the 2021 National History Day Utah state contest on Wednesday, April 28, with three projects from the junior division and one from the senior division earning top marks.

“This is the most winners we have had in a single year from our district,” said Scott Lambert, the Social Studies teacher specialist for Canyons’ Instructional Supports Department. “Congrats to our awesome teachers who taught, guided and supported our amazing students.”

Students were tasked to write papers and put together visual projects for the theme, “Communication in History: The Key to Understanding.”

The Canyons’ winners include:

State Champion: Elsie Grow, Jordan High, “For the Advancement and Betterment of Humanity: The Fight for Women’s Suffrage at Utah’s Constitutional Convention.”

The American West prize and the Glen and Caroline Miner prize in Utah History: Elsie Grow, Jordan High, “For the Advancement and Betterment of Humanity: The Fight for Women’s Suffrage at Utah’s Constitutional Convention.” 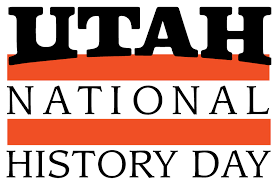 30 CSD Schools Find Ways to Give Back to the Community