Two stellar Canyons District educators have been selected by a NASA-affiliated institute to attend a prestigious astrophysics teacher-training program that includes a flight into the stratosphere on a jumbo jet carrying a massive reflecting telescope used to detect light sources from the depths of space.

They are the sole Utah teachers in this year’s co-hort, which was announced Thursday, Feb. 25, 2021 by the SETI Institute. SETI houses the NASA-funded ambassador program, which was created to bolster U.S. student interest and achievement in science, technology, engineering, and math.

“I have always wanted to go to space — and, realistically, this is the closest I am going to get,” says Castleton, who has been pining for an AAA post for seven years.  “I am so excited for this opportunity. There is something innate in humanity, in looking up and wondering if there is something else up there. That is one of the biggest sources of curiosity.”

Castleton and Maughan were selected via a competitive application process, which is open to teachers in school districts that have established AAA partnerships with the institute, located in the Silicon Valley close to the NASA Ames Research Center.

CSD entered into a partnership so teachers could vie for the ambassador status and, if chosen, provide to Canyons District students the kind of perspective and instruction about astrophysics and planetary science that cannot be gained any other way. At least one study has shown that students learning levels in STEM subjects go up as a result of the experience gained by AAA teachers. The study by WestEd also noted positive changes in attitudes about STEM, as well.

To qualify to be an ambassador, educators must have taught at least three years and have experience teaching physical science, earth and space science, astronomy, astrobiology, or integrated science. Teachers also must be scheduled to lead physics and astronomy classes the year they attend are selected as AAAs. Castleton and Maughan will teach those classes next year at their respective schools.

“I have always been a science nerd, especially when it comes to space. I always had that passion,” says Maughan, also a graduate of CSD’s Alta High. “From this experience, we’ll be able to take all that we’ve learned and experienced back into the classroom. It’s a way to make it fun and ‘real world’ for the students.”

Ambassadors also receive curriculum and equipment to heighten the classroom experience after they return from a weeklong immersive training and take a flight on NASA’s Strategic Observatory for Infrared Astronomy, called SOFIA, the Boeing 747SP jetliner modified to carry a 106-inch diameter telescope. The teachers do not conduct research on the flight of SOFIA — which has been referred to as the world’s largest flying observatory — but can observe and interact with scientists and mission crew members.

“Over its history, our NASA-funded AAA program has impacted tens of thousands of high school students through the immersive and inspirational experience of their teachers,” said Bill Diamond, CEO of the SETI Institute, in a statement posted on the organization’s website on Thursday.  “This powerful STEM program will allow the SETI Institute to help bring NASA science into classrooms across the country.”

The SOFIA aircraft, a joint project of NASA and the German Aerospace Center, is maintained and operated from NASA’s Armstrong Flight Research Center in Palmdale, Calif. NASA’s Ames Research Center manages the SOFIA program, science and mission operations in cooperation with the Universities Space Research Association in Maryland.

Before Castleton and Maughan leave this fall for their week of training and flights, plus the interaction with scientists and mission crew members, the AAA co-hort is provided extensive professional development made up of webinars, asynchronous content learning and hands-on curriculum workshops.

Castleton and Maughan also will gain access to the ongoing AAA “Community of Practice,” connecting participants with one another and astrophysics and planetary science experts, even after their program-based training is completed.

After their training, the AAAs teach a physical science curriculum module created by the SETI Institute that connects curriculum concepts to NASA- and SOFIA-enabled research.

“The goal is to get more kids pointed in this direction, for kids to see that this could be a career for them,” says Castleton, who also plans to steep lessons learned through the AAA program into his mathematics, engineering and robotics classes.

For their parts, both Maughan and Castleton are self-described “science nerds” who are literally giddy about their AAA selections and the opportunities that will come as a result. “Oh, yes, I am totally a science-engineering-robotics-geek guy,” says Castleton, who since 2011 has applied for and received $35,379 in grants from the Canyons Education Foundation to pay for robotics projects in his classroom.

“One of my deepest passions is astronomy,” he said, recalling that his first view of Saturn through a telescope was one of the few times in his life that he was left breathless and speechless.  The connection of space and time, he says, is what “binds humanity.”

Maughan says although he gets motion sickness, he’s not worried about his safety on a SOFIA flight.  “The experience itself will be amazing,” he says.

As they head warp-speed into preparations to go where few teachers have gone before, they both weigh in on every sci-fi fan’s ultimate question:  “Star Wars” or “Star Trek” — which one is better?

Maughan says he’s more of a “Trekker,” but has been captivated by Disney’s “The Mandalorian.”  Castleton, laughing, says: “I love me some ‘Star Wars’ but it’s ‘Star Trek’ for me.  I mean, the stuff that was on that show, so much of it has been realized.” 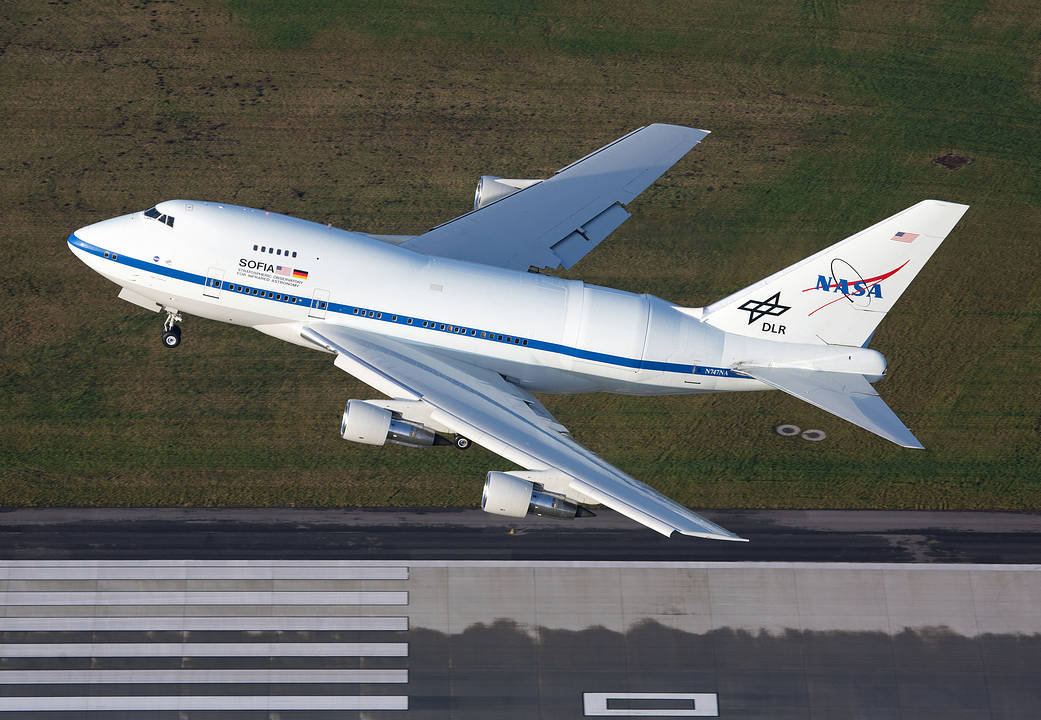 Board of Education – Patron Priorities Survey