Anybody hear a loud sound around Canyons School District on Monday morning? If so, it wasn’t from a meteor. Rather, you might’ve heard the collective cheers, enthusiastic greetings, and energetic back-to-school bustling from students, teachers, staff members, and administrators.

School is back in session for most CSD students, and excitement is in the Canyons air for the District’s 14th year!

Canyons Board of Education President Nancy Tingey was among Board Members, District administrators, school leaders and staff who welcomed back students from the first grade on up to seniors in high school for the 2022-2023 school year.

“It’s amazing. It’s so much fun — the excitement on the kids’ faces and maybe a little bit of nervous anticipation,” said a smiling Tingey, who greeted students as they arrived at Albion Middle and Park Lane Elementary bright and early Monday morning.

“And the excitement of the teachers and staff at the schools is just contagious. It’s just wonderful.”

Canyons schools literally rolled out the red carpet to make their students feel extra special as they entered the halls for the first time this school year. Real Salt Lake players and their mascot, Leo the Lion, made guest appearances at a variety of schools to wish the students well.

Glacier Hills Elementary, the District’s newest elementary school, gratefully hosted a multitude of media, including all four local TV stations, for their live morning broadcasts. Blizzard the Yeti was also on hand to chill out with the arriving students, who entered the stunning new school through a fun flurry of fake snow and hoopla.

Down the road, Diamond Ridge high school students were introduced to their new, remodeled home on the campus of the old Bell View Elementary. Students at the alternative high school, who previously attended school in portables at CTEC, received a tour of their building along with their schedules on Monday morning. The Entrada High wing will open later this fall.

The District has taken steps to make this the best school year ever. An extensive public-input process aided CSD’s efforts to develop a strategic plan, all Canyons schools are adopting a classroom-to-parent communication tool called ParentSquare, and a review of safety and security measures was conducted over the summer months.

As a reminder, the District is adopting an early-out Friday schedule, with Canyons schools releasing roughly 90 minutes early on Fridays. 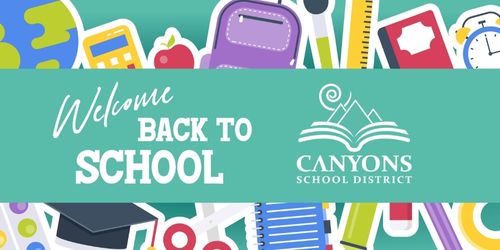 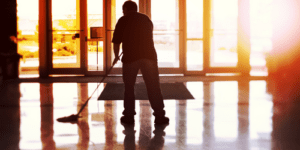 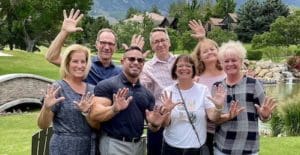