Brian McGill’s affection for Alta High and the students who pump life into the school’s classrooms, gymnasiums and auditoriums is even bigger than his toned biceps. McGill, whose passion beyond education is personal fitness and body building, can often be seen in the school’s hallways, calling out the name of his charges, engaging with positive feedback, and urging them to always keep moving forward.

“When I walk through the doors every day, I have to do everything in my power to do what is best for kids,” said Dr. McGill, who has been Alta’s principal for seven years. “There are tough days in this job. But when you’re having one of those days, one of the greatest things you can do is walk out into the lunchroom, or go into a classroom, or go to the ballfield, or go to a choir performance. At the end of the day, you are building the best possible community you can to give the kids an educational experience that will shape the rest of their lives.”

McGill, who has a bachelor’s degree, three masters degrees and a doctorate in Educational Leadership and Policy in Social Justice, has forged a strong reputation for applying a fierce commitment to student achievement in all parts of his job. And it’s among the reasons that he has been selected as the 2021 Utah Principal of the Year by the Utah Association of Secondary School Principals. The honor was announced by the association on Thursday, Feb. 4.

One of McGill’s goals when became the leader at Alta High — his alma mater, by the way — was to build an even stronger culture of inclusivity. He wanted all students, no matter their backgrounds or interests, to feel like they had a place at the school. He reached out to students who historically have been under-represented, bolstered programs to make new students feel more welcome, and started the hard work of building up a flagging enrollment.

As part of that drive, McGill, who previously served as a State Director for College Access and Outreach for the Utah System of Higher Education, spearheaded the creation of “Step2theU,” the first-of-its-kind partnership with the University of Utah. In 2016, thanks to McGill’s efforts, Canyons District and the U. signed a partnership agreement for the early-college program that, in effect, allows participating Alta students to complete two semesters of credit by the time they graduate high school.

Alta is the only high school in the state to have such a pact with the state’s flagship institution of higher education. Two co-horts of Hawks — 160 in all — are currently participating in the competitive-application program. Four groups of students have already successfully completed the program, McGill said, collectively saving some $6 million in tuition costs.

At the same time Alta was launching Step2theU, the school saw a jump in the number of Alta students taking Advanced Placement and concurrent classes, McGill said, also noting that minority students at Alta now take the college-level courses at the same rate as their Caucasian peers.  Enrollment also started to tick upward, from 1,700 when he assumed his post to today’s count of 2,300.

To be sure, McGill, who started his career in education as a hall monitor, defies the buttoned-down and staid stereotype of a school administrator. For proof of this, look no further than the day he suited up in pads and a black-and-white uniform to race onto the turf with the football team. Or the assembly when he deadlifted 245 pounds to the cheers and screams of the students. Or when he joined the school’s Dance Company in hip-hopping across the basketball court, a video of which went viral with more than 26,000 views.

Being around students keeps him young in spirit and heart, he says. “Oh, without a doubt,” he said.  “There is a vibrant feel to being surrounded by 14- to 18-year-olds day in and day out … The message I try to send is, ‘Yes, I am your principal but am a human being just like the rest of you.’ Yes, I have a role to play that is different than others but I want our kids to feel comfortable talking to their principal. It’s all about the about the relationships, the rapport, the connections, and building trust. If you have those things, the kids will go to the nth degree to reciprocate” 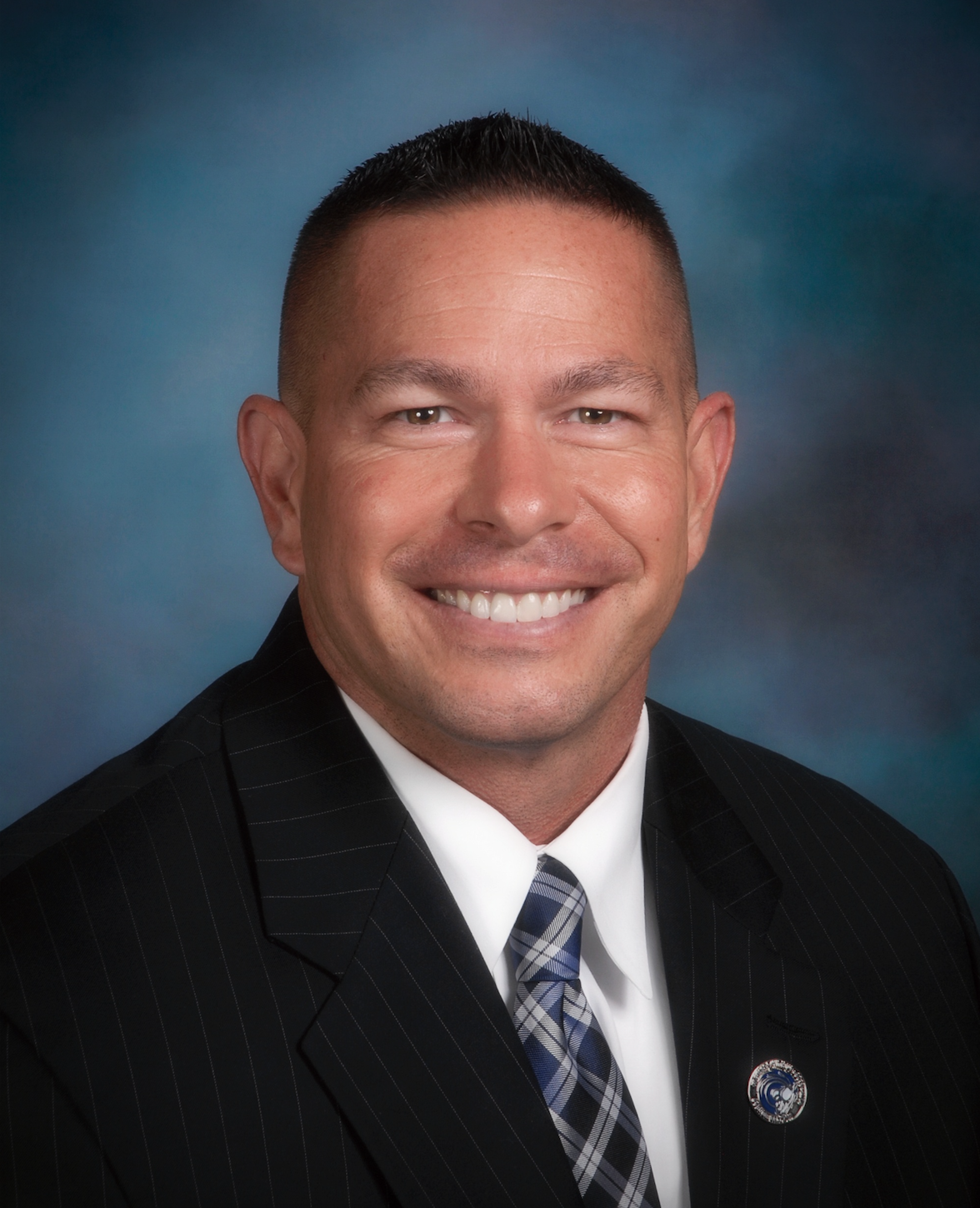 Board Issues Statement In Support Of Superintendent