Something has changed at Midvale Middle School.

The building itself has changed from its model built in 1955  everything from the design of the logo to the colors of the hallways, the bright and airy library, cutting-edge cooling and heating systems, and plentiful electrical outlets. But since the new iteration of the school opened its doors this summer, Midvale Middle Principal Mindy Robison is noticing another kind of transformation that is happening in her halls.

“I think there is a motivation that is different,” Robison says. “Something about the new building has sent a message to the kids that we believe in you, and people are in awe of it. I think it sends a different message about how we value the kids. The kids really sense that.”

Midvale Middle was one of the 13 major construction projects promised to CSD patrons at the passage of a $250 million general-obligation bond in 2010. The 13th project, a renovation of Indian Hills Middle, is expected to be done in time for the first day of school this fall. At that time, plans for the the next phase of CSD’s new-school and renovation efforts, funded with proceeds from a just-approved $283 million bond, will be well underway.

Eleven major projects will be done with funds from the 2017 bond. While a priority list has not been determined by the Canyons Board of Education, contractors for rebuilds of Brighton and Hillcrest high schools and a scheduled significant remodel of Alta High were chosen by the Board of Education on Tuesday, Nov. 14, 2017 in order to secure a price for the contractor work before construction costs escalate.  An architect for the new Union Middle was chosen, as well.  Architects for the projects at Brighton, Hillcrest and Alta had been selected Sept. 5, 2017 in accordance with state procurement guidelines and during a regularly scheduled and appropriately noticed public meeting.

The impact of being in a new school stimulates students’ desire to come to school, Robison says, but the effect goes farther than the cool new cafeteria. Kids want to be in the building, and teachers feel excited to come to work, she says. But even members of the community who don’t have children in the school came to celebrate the school’s opening, and the ripple effect is not limited only to Midvale City.

The impact of new school buildings has been shown to increase student achievement, raise property values and contribute to local economies, according to several studies on the relationship between school construction and communities. While safety, technological accessibility and student needs drive decisions to rebuild and remodel schools, studies show that new-school construction also increases enrollment, boosts student and teacher pride and lifts property values.

“An improved or new school says to the kids, technology is part of the world in which you live,” says Midvale Mayor JoAnn Seghini, a long-time educator and advocate for students. “It says to the kids, ‘You are really important and we really care about your learning and how you are doing.’ It says you can’t stop trying, you have to keep looking at new ways of looking at the fu 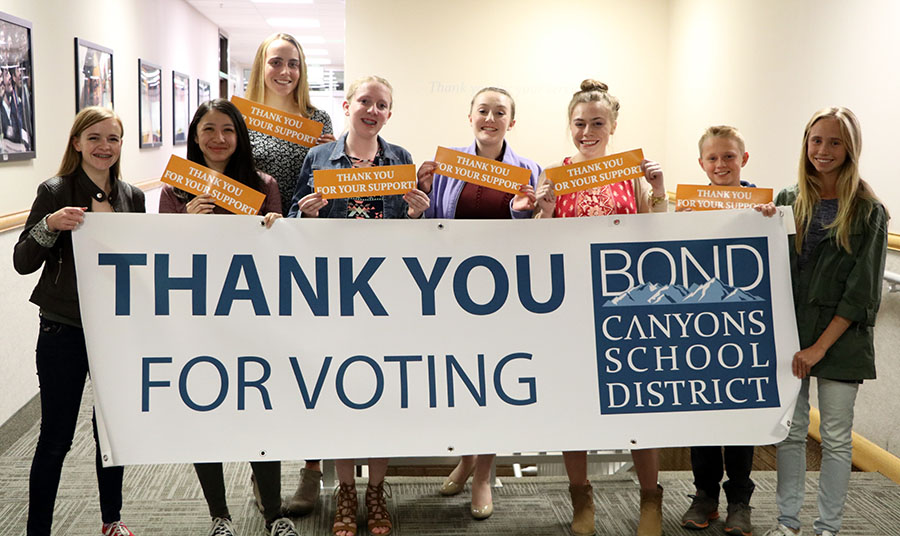 According to a 2011 study published by the Institute of Labor Economics, an economic research institute based in Germany, school construction positively impacts student test scores, school enrollment and home prices. In the study, Yale researchers examined a poor, urban school district based in New Haven, Conn.,  as it embarked on a 15-year plan to revitalize its schools. The study found that trends in reading scores in the district trended upward in the year of construction of the new school and continued to increase for the next six years. Home values increased by 1.3 percent per $10,000 of per-student expenditure and student enrollment increased by 4.4 percent.

A 2008 study of California school districts published by the National Bureau of Economic Research found that investments in school facilities yield increases in both math and reading scores. They gauged the effects of new or renovated schools to be “about one-third as large as the effect of reducing class sizes from 22 to 15 students.”

In Cottonwood Heights, Canyons’ efforts to rebuild and remodel aging schools has revitalized the city, Mayor Kelvyn Cullimore says.  The District’s school-improvement plan is one major factor that has led to a 4 percent increase in the sale price of existing homes in the town, he says. According to the Kem C. Gardner Policy Institute at the University of Utah, Cottonwood Heights is one of just four cities in Salt Lake County that had an overall increase in the sales price of existing homes since 2007.

“It has made a huge difference in the appeal of our community,” Cullimore says, as he points to a new Butler Middle School, new Butler Elementary, new tennis courts, new football and soccer fields, improvements to Brighton High and a partnership creation of popular Mountview Park as evidence of the impact the District has had on the town. “We have a fabulous relationship with the school district and are able to have the community take ownership of and pride in the schools in our municipal boundaries.”

Score! Attend School Regularly and You Could Win ‘VIP’ Tickets to RSL