The City of Midvale has officially expressed support for a school improvement bond that Canyons District is asking voters to consider on Election Day.

“The City Council feels it is in the best interests of the City and its residents to support the Bond Proposal,” which would generate funds without raising taxes to “rebuild and remodel several schools as well as install windows and skylights for natural lighting at several more schools,” reads a resolution approved by the Midvale City Council on Sept. 19. The resolution was signed by all five council members and Mayor JoAnn Seghini.

Canyons District has made strides toward addressing $650 million in repair and safety upgrade needs inherited from a predecessor school district in 2009. Next fall’s completion of the remodel of Indian Hills Middle will be the 13th and final project promised to voters as part of a 2010 bond. Passing a second bond would allow the District to improve and modernize an additional 27 schools benefitting 17,000 children, while adequately planning for growth.

A detailed list of the improvement projects that would be made possible by the bond can be found on CSD’s website. 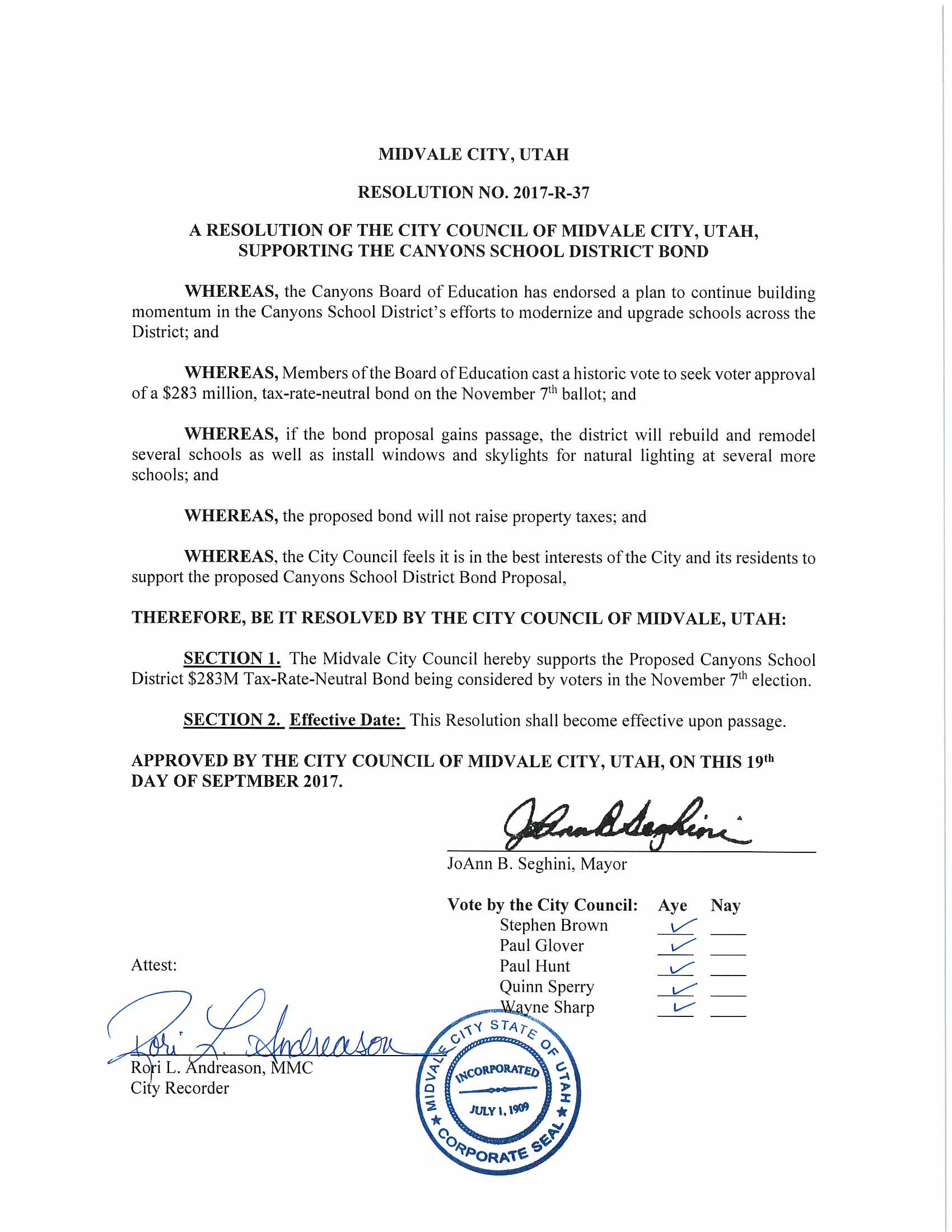 What Time Is It? It’s Time to Cheer Alta Band in ‘High School Musical’ Finale