As the doors of Midvale Middle officially opened to the public on Tuesday, Aug. 8, 2017, students didn’t just walk toward the school’s entryway  they ran. The energy was palpable as they hurried to see what the new classrooms, auditorium and gymnasium in Canyons District’s newest school looks like.

“Whoever designed this school was a genius,” one student body officer said. From the colorful exterior to the innovative interior, Midvale Middle is full of creativ 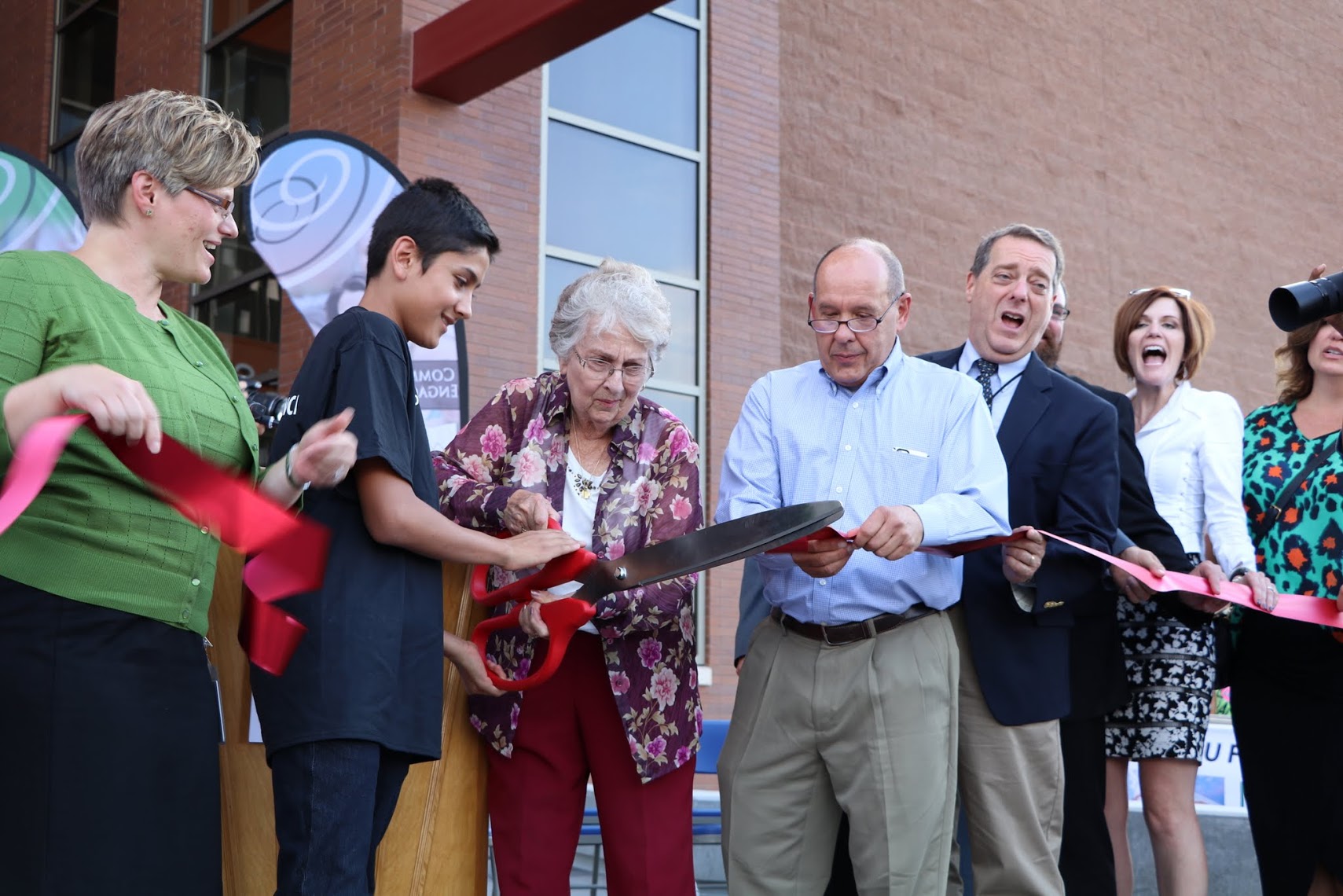 e details that are meant to inspire learners to achieve their greatest potential, says Brian Peterson, lead designer of the school for VCBO Architecture, which worked with Hughes General Contractors to create the building. “Great architecture comes from one single idea, and the idea behind this building is that strength comes through unity of different, beautiful things,” Peterson said. “We designed this school not just for 6th, 7th, 8th grade kids, but for the whole community.”

The building is one of eight new schools built by Canyons District through a $250 million bond approved by voters in 2010. With the opening of Alta View Elementary on Aug. 17 and next year’s completion of a remodel of Indian Hills Middle, Canyons will have completed 13 major improvements without raising taxes and while maintaining a AAA bond rating.

Midvale Middle was first built in 1955 as a red brick building situated at the heart of a quiet neighborhood. As it sits on its original footprint, the new building features a state-of-the-art auditorium, an energy efficient heating and cooling system, floor-to-ceiling windows, a student lounge, modern media center, courtyards, soccer fields and more. “I’ve lived a long time,” Mayor Seghini told the crowd of hundreds gathered at the ribbon-cutting ceremony. “What you have here in this school is a school of the future, not the past. You have a school that has no limits to your future. You have wonderful opportunities here.”

The school will host a back-to-school night on Friday, Aug. 18 for those who were unable to attend the ribbon-cutting ceremony. Parents can meet their students’ teachers from 5-7 p.m. and enjoy a free hot dog from 6-7:30 p.m.