A summer academy created to put entering Hillcrest High freshmen on the path to excel their first, make-or-break year, and beyond, has earned CSD the honor of being named a 2017 District of Distinction by District Administration Magazine. The award recognizes districts for leading the way with educational innovations “that are yielding quantifiable benefits, and that could be replicated by other districts.”

Hillcrest is a place where achievement is possible for all students. It consistently ranks among Utah’s top 10 high schools in U.S. News & World Report rankings, which look at graduation rates and test scores with an emphasis on the performance of disadvantaged students; more than 40 percent of Hillcrest’s students are from low-income households.

But in the summer of 2016, Hillcrest Principal Greg Leavitt began asking what it would take to ensure every student reaches his or her potential. His answer: a rigorous summer preparatory academy to give incoming ninth-graders a jump on high school. How students perform in the first months of their freshman year can determine whether they drop out or graduate.

With a nearly half-million-dollar investment by the Board of Education, Leavitt began working with the principals of the elementary and middle schools that feed into Hillcrest to identify students most likely to benefit from the inaugural Husky Strong Summer Academy. For 30 days, 80 students that first year received four hours of daily instruction in math, science, English and geography. Students had to forgo their summer breaks, but those who completed the coursework started school with a quarter of an elective credit under their belts. They also were eligible for cash incentives of up to $400 sponsored by the United Way of Greater Salt Lake.

The program, coupled with mentoring of students throughout their high school careers, has contributed to a 10 percent increase in the number of Husky freshmen on track to graduate. The strategy is now being adopted by Jordan High, which on June 12 welcomed about 45 freshmen to its inaugural summer academy.

The idea of paying kids to go to school has its detractors. But the stipends aren’t meant as a reward for performance, explains Jordan High Principal Wendy Dau. They’re a means to remove barriers. “Many of these kids have summer jobs or other responsibilities at home, such as looking after younger siblings, and we’re asking them to put those aside in order to come to school. We know that the biggest barrier to successful summer programs is that students do not attend regularly.” 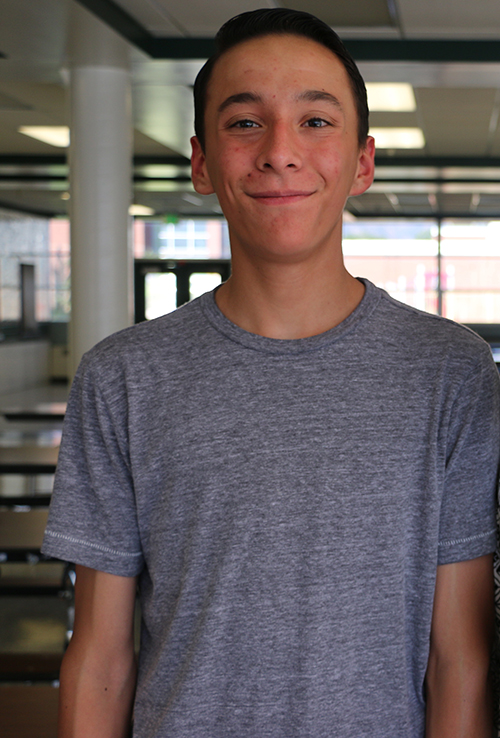 At an orientation event this past June to introduce students to the program, Husky Strong graduate Chris Allen encouraged his peers to take advantage of the opportunity, which he credits for helping him earn a recurrent spot on the Honor Roll and achieve a 4.0 grade point average last semester. “I know some of you are thinking this is a waste of time, but it’s the most valuable time you’ll spend all summer,” he told them.

The benefits of the program extend well past summer. Academy “graduates” are paired with mentors with whom they meet at least weekly throughout their high school careers to chart academic progress and set goals. “Being involved in the program taught me how much we need to teach students to do school. We need to teach them really specifically our expectations and we need to teach them how to be successful,” says Hillcrest Assistant Principal Sara Newberry. “You’ve got kid walking down a path. They can’t necessarily see the end of that path or the obstacles that are coming up in front of them. My job is to clear those obstacles so they can walk down that path.”

One of Utah’s largest newspapers called the initiative a “smart, sensible and innovative” approach “to dealing with a specific problem  one that happens to be at the heart of any education system’s principal mission  to make sure students who show up on the first day of school are still there when the bell rings on graduation day.” Parents who were surveyed agree the Academy was valuable, and student participants report feeling more confident.

“Students and parents know we’re on offense rather than defense,” says Leavitt. “We’re playing to win the game rather than just trying to cover up and come from behind.”

For more, see these profiles by The Salt Lake Tribune, and the Deseret News.

Recipe for Success
Every school faces unique challenges, and there is no one-size-fits all strategy for bridging the achievement gap. But here are a few key ingredients for a successful summer academy.

Adopt a Data Mindset: Using data from formative assessments, teachers are able to tailor their instruction and discern which strategies work or don’t work.
Seat-Time Matters: Ninth-graders who completed the Husky Strong Summer Academy continue outperform those who finished only a portion of the preparatory program.
Monitor and Mentor: Extra funding allowed Hillcrest Administrator Sara Newberry to get “off the alphabet,” the conventional way of assigning students to Assistant Principals, and focus exclusively on monitoring the progress of a select group of at-risk students. CARE teams at Hillcrest and Midvale Middle also collaborated to identify students in need of academic and emotional interventions, and choose students as best candidates for the Summer Academy.
Encourage and Motivate: Cash stipends were paid to student Academy participants as an attendance incentive. Each week, sometimes daily, either Hillcrest’s Assistant Principal, a counselor or an Americorps volunteer met with students to help them set goals and stay on track academically.
Connect with Family: Principals met with families at school and in their homes to explain the goals of the program, to help them understand the importance of their child’s attendance, and to better understand how the school can support them.
Strengthen Professional Development: Intensive coaching  sometimes as many as 10-25 sessions per teacher per year  has raised the quality of instruction at Hillcrest’s feeder schools and improved teacher morale.

What Parents Should Know About Electronics and the Developing Brain