Middle-schoolers like to argue, or at least that’s how it seems as their brains develop and they’re motivated to put newly acquired critical-thinking skills to the test. Suddenly, the word “why” becomes commonplace, and the conversation at dinner feels like a scene from Perry Mason.

But that’s what makes school debate so much fun, and a valuable instructional tool. Classroom debates  and more formalized speech and debate competitions  teach students to conduct resea 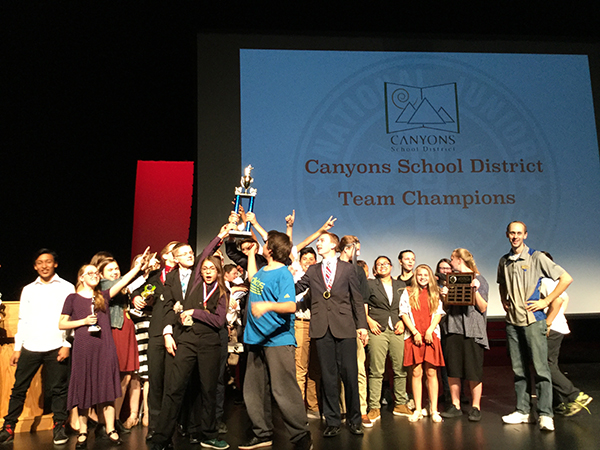 Each year, Canyons District invites middle school and elementary-age students (in the fourth and fifth grades) to ply their rhetorical skills at a districtwide debate tournament. This year’s tourney drew more than 230 contestants and was held at Mount Jordan Middle, which walked away with most of the awards, including the title, District Team Champions.

Students were eligible to win individual events and special awards, including MVP. In all, 61 qualified to advance to the state tournament, which will be held at Alta High, April 20-21.

Here’s the full list of awardees by division and category: