Talk about an auspicious start to Jordan High’s robotics career: The Beetdiggers in their inaugural year outwitted dozens of teams from seven states and Canada to win the 2017 Utah Regional FIRST Robotics competition.

Each of Canyons District’s five traditional high schools fielded a team at the University of Utah-sponsored contest, which was held at the Maverik Center in West Valley City. Three  Alta, Hillcrest and Jordan  advanced to the finals where teams form alliances and compete in single elimination rounds until a champion emerges.

Alta was highest-ranked among CSD schools coming out of the qualifying matches with a sixth-place finish. But it was Jordan High’s three-team alliance that claimed victory. The team now advances to the April 19 World Championships in Houston. 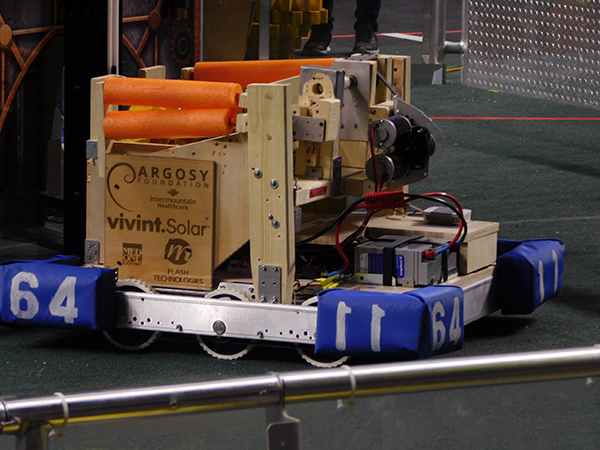 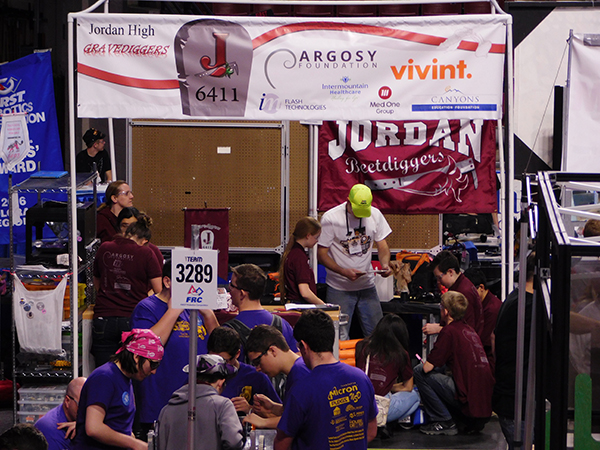 ing cues from the Steampunk subculture, this year’s “FIRST Steamworks” competition called for robots that were both futuristic and retro in design. Teams raced to launch balls (fuel cells) into a mock steam boiler with the goal of building enough fuel to operate a simulated steam-powered airship. The remote-controlled robots also had to haul enough giant gears to the airships to operate the ships’ propellers.

Each round ended as human players, who were stationed atop the airships, turned cranks to engage the gear-driven propellers and lower ropes to hoist their robots aboard.

The two-day competition marked the culmination of a six-week design-build period where student teams engineered, programmed and tested their bots. It’s an exercise in teamwork, which, as the “Steampunk” theme suggests, involves science, technology, engineering, art, and math (S.T.E.A.M.). 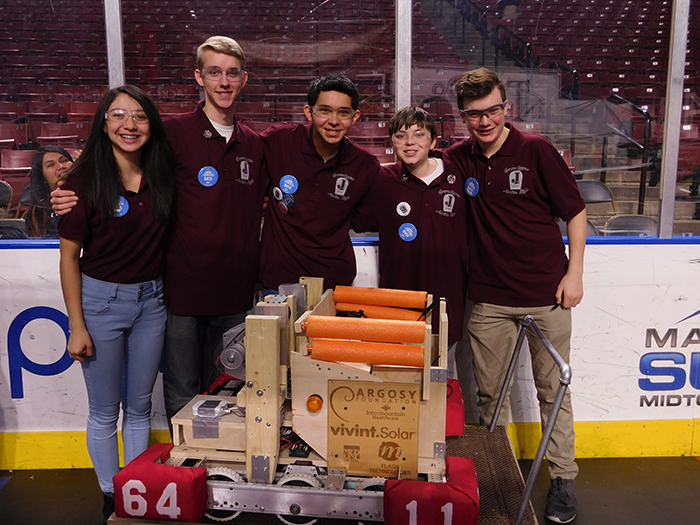 Are you Bilingual? Apply Now for a Special Seal on your Transcripts