We all breathe the same air, and we all share in the responsibility to safeguard it from the harmful pollutants emitted by our homes, businesses and vehicles. “That’s what we mean when we say, ‘It’s my air, your air, our air,'” said Dawn Monson of Breathe Utah at an educational assembly at Altara Elementary.

The assembly was organized as part of an Idle-Free Awareness Week sponsored by the school to empower Altara students to make healthy choices, whether that means combining car trips to conserve gas, or walking and biking to school instead of driving, or reducing unnecessary idling. 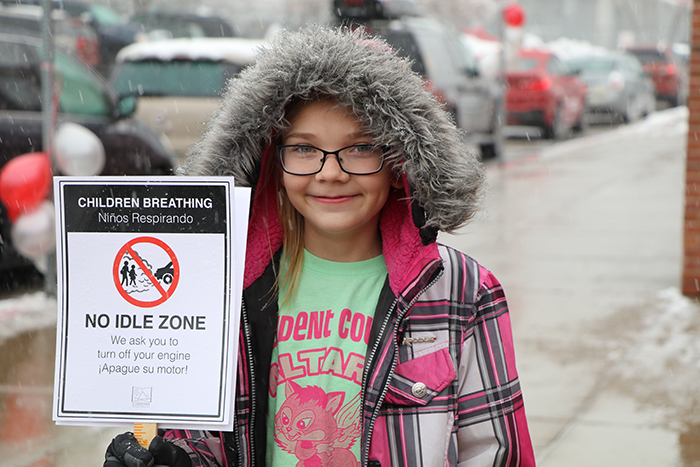 Canyons is the first school district in Utah to go idle-free at all of its school campuses  an idea that originated with Altara parent Cindy Boyer who was frustrated at seeing exhaust billowing into the air at her children’s school parking lot. Under an initiative approved by the Board of Education, no-idling signs donated by the non-profit Utah Clean Cities were installed at each of CSD’s 43 schools. On Earth Day 2016, campaign launch celebrations were held at several schools where students handed out no-idling pamphlets and window clings encouraging drivers to voluntarily turn “their keys and be idle-free.”

Now, nine months later, Altara is challenging everyone in the school community to examine their driving habits and consider how, with small changes, they might make a difference. Altara students participated in an art contest and wrote clean air essays. Pinwheels representing their clean air dreams were displayed on the lawn outside the school. And at Thursday’s assembly, students presented “thank you” letters to Board of Education members Amber Shill and Steve Wrigley and Superintendent Dr. Jim Briscoe, expressing their gratitude for the District’s idle-free stance.

The vast majority of CSD patrons  more than 80 percent  already power down their engines when parked outside schools, according to a Salt Lake County Health Department survey performed at three CSD schools prior to the district becoming a no idle zone. “We’re doing really well,” said Altara Principal Nicole Svee-Magann. Of the 538 vehicles observed dropping off and picking up students at the three schools, just 19 percent (101) idled for longer than two minutes  the time-limit set by the county’s no-idling ordinance. Their mean idling time was three minutes, ranging from a low of 3 minutes to a high of 35 minutes (one vehicle).

While not a full-blown scientific study, the survey is an approximation of idling outside schools. The obvious presence of observers may have affected the behavior of drivers. In addition, the study was done on a temperate day when drivers wouldn’t necessarily be compelled to leave vehicles running to keep warm or cool. Recent upgrades to CSD’s school parking lots, which were undertaken to improve traffic-flow, may also have positively affected idling rates.

But if no idling is the goal, these data suggest it’s well within reach, said Magann at Thursday’s assembly, which was covered by FOX13, KSL and the Deseret News.

Other ‘Healthy School’s Steps at Altara 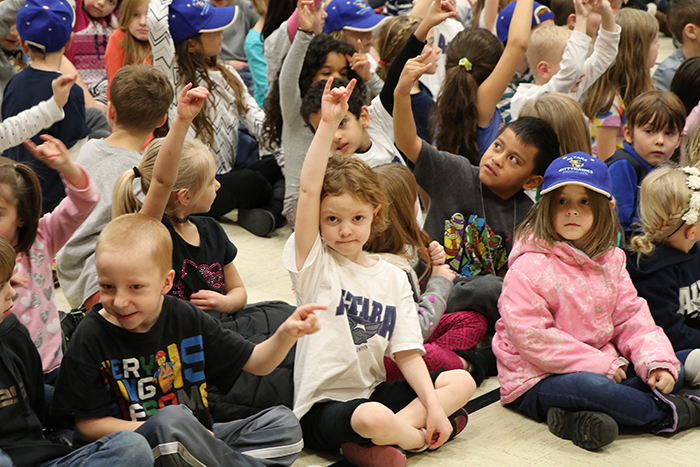 Board of Education Votes to Install Artificial Turf at Brighton High