He competed in the 2016 Olympic Games against such history-making swimmers as Michael Phelps and Ryan Lochte. While swimming for Brighton High, the 16-time prep All-American won four consecutive state championships and shattered 50 Utah swimming records.

But Long Gutierrez confides that to reach those heights, he had to push through some low points when he doubted himself and considered hanging up his goggles for good. “Everyone has those moments when you look at the records board and think, ‘Wow, that guy is fast and fit.’ But what you don’t see is all the hard work behind it,” Gutierrez told members of his home prep team this week after practicing with the Bengals while on winter break from University of California, Berkeley. “Just believe in yourself. If you think you can do better, you can.”

Few swimmers enjoy as meteoric of a career as Gutierrez, who was recruited to swim for the top-ranked Cal Golden Bears on scholarship. But records, state titles and coveted scholarships don’t make the swimmer, he said. Some of the most valuable college swimmers, the ones who end up being team captains, are the walk-ons who grit it out each day to get better. 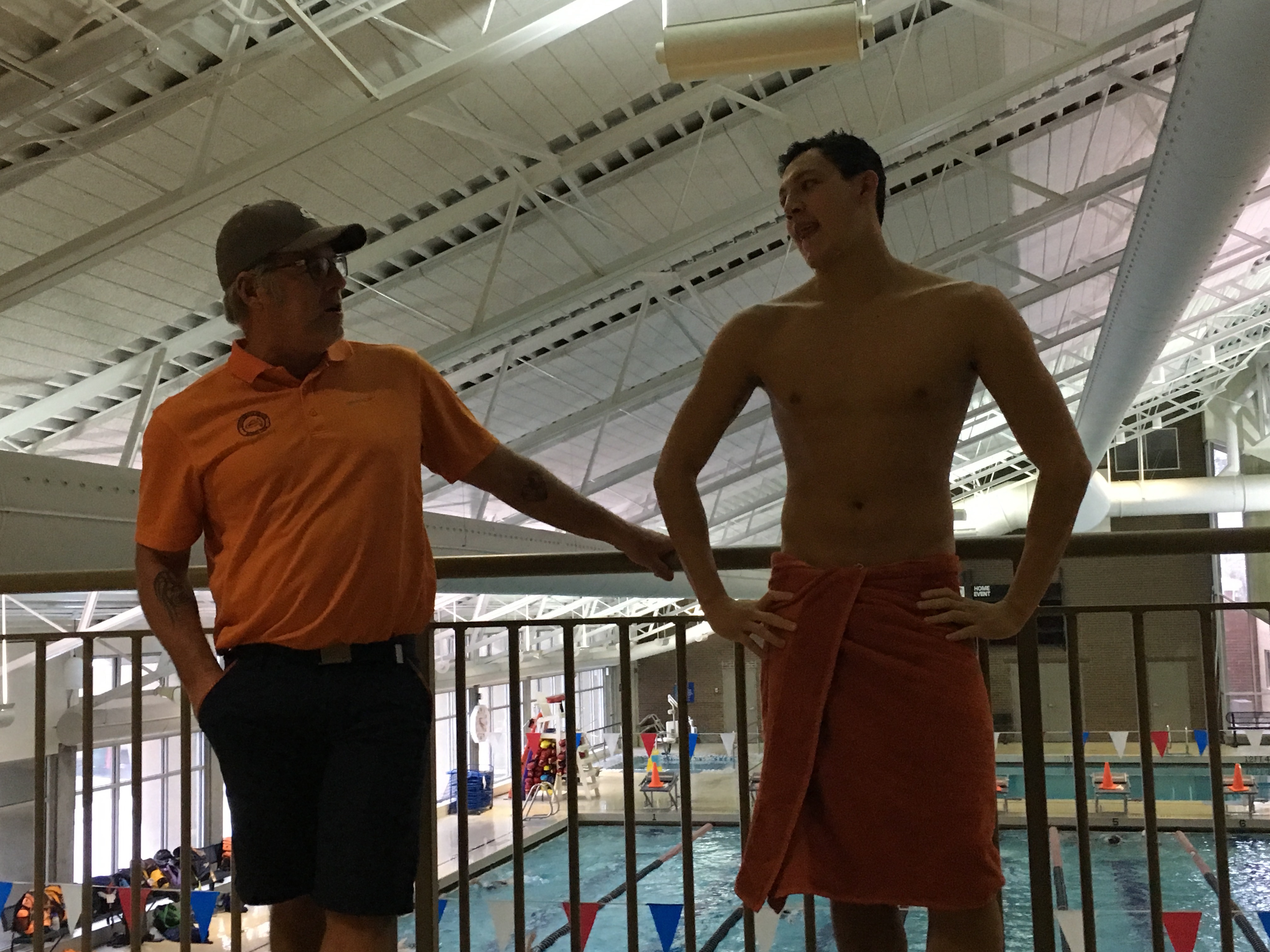 The same is true for academics. It takes effort to reap the returns, and swimming can help open doors, as it has for Gutierrez who enrolled at Cal with a 3.8 GPA and is studying bioengineering. Gutierrez didn’t start as Cal’s fastest or most experienced swimmer. Yet he stuck it out, and has performed well at nationals and at international events. In sports, training nearly always trumps talent, he says. “It takes pushing yourself every day, drilling and working on the details. …I go to practice each day basically wanting to beat my teammates and they do the same.”

Trust in yourself, trust in the process and trust in your coaches, Gutierrez added, motioning to Brighton Coach Todd Etherington who started working with Gutierrez when he was about 10 years old. “Coach Todd knows me better than anyone.”

Hard work paid off for Gutierrez this past summer as he realized his lifelong dream of competing for the Mexican Olympic swim team in Rio. Seeking more opportunities for their son, the Gutierrezes moved to Cottonwood Heights from Mexico when Long was 2. He finished seventh in his 100-meter butterfly heat, and though is time of 53.34 seconds wasn’t enough to qualify him for the semifinals, he says it was an experience he’ll never forget. Asked about his favorite Olympics moment, he said, it was the Opening Ceremony. “Walking out onto the field and just seeing all those people was amazing,” he said.

Welcome Back to School 2014