It may be summer break, but student athletes at Brighton, Hillcrest and Corner Canyon won’t be going very far. Neither will their brand-new basketball and soccer coaches  each one has summer plans for their respective teams.

Coach Garrett Wilson became Brighton’s new head boys’ basketball coach this spring after leading high school teams for 12 years. Wilson has a Master’s degree in Exercise Science and Health Promotion-Sports Psychology, a Bachelor’s degree in Exercise Sports Science a minor in English teaching and a love of the game. “Oddly enough, coaching was something I always wanted to do, ” Wilson said about his career path. “Just the pace of the game is so fun. There are so many momentum swings and ups and downs.”

Wilson comes from a family of coaches  including his father and brother who are coaches at other high schools  who taught him that details are important on the court. Self-control is key to success, Wilson believes. “If you want to be good at something, you have to have discipline,” he said. “You can’t cut class and think that’s not going to have some sort of indication of what you’ll do on the basketball court. Wilson’s summer plans for his team include practice, playing in tournaments and getting to know his players better.

When Kristine Jaussi took over as Hillcrest’s head coach for girl’s soccer, she already knew many of her athletes and their parents from working as an assistant coach with the boys’ team for three years. She started playing soccer when she was little and carried on through high school, where she played at Brighton High for four years. 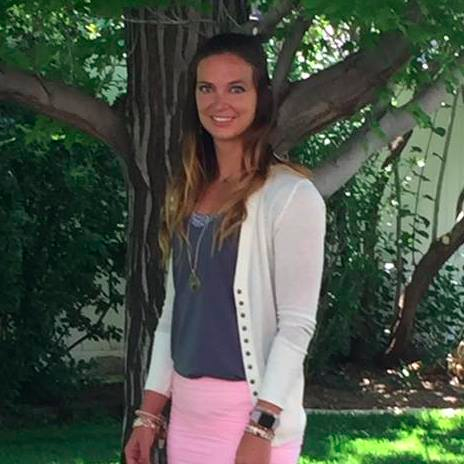 University and started coaching her first year of teaching in 2010. She loves the excitement of the game and the life lessons that come from the field. “You learn that the game of soccer is all about mistakes, and the winner at the end of the game is which team makes the least mistakes,” Jaussi said. “When you can really get down and play, there’s a real beauty in the game of soccer.

Jaussi’s goal is to be united with her fellow coaches. She is looking forward to summer practices and soccer camp at Southern Utah University to bond with the team. Conditioning begins on July 12, then tryouts to be one of the team’s 45 players are on August 1.

Some of Corner Canyon’s hoops players might recognize their new coach, Dan Lunt, from their previous encounters with Payson high school’s team. In March, Payson defeated the Chargers in a 4A first-round game.

Lunt, who was head coach at Payson for 23 years, became Corner Canyon’s head coach in May. “This is a new and exciti

ng experience in a lot of ways in that it’s going to get me out of my comfort zone,” Lunt said as he started meeting with his new team before the end of the school year. Off the field, Lunt will be teaching cabinetry and physical education classes.

The storied coach expects a strong work ethic and commitment from his players  in return, he is prepared to help the team succeed. “One of my main goals is to prepare young men for life,” Lunt said. “I think you do that and teach them how to work hard, and everything else will take care of itself. By that I mean, competing for state championship, competing to be the top of your game, if you’re prepared for life, all of those other things will fall into place.”

How to Get the Most out of Parent-Teacher Conferences