“It’s beautiful!” she tells visibly relieved members of Corner Canyon High School’s choir. “I really like what you’ve brought to it.”

The choir has been working for months to interpret and perfect this song in anticipation of its world premiere at the high school on Monday, March 21. They’re a little stiff; it’s not every day that they get to work with a composer and conductor the caliber of Wyers, an associate endowed professor of choral music at the University of Washington (UW).

But Wyers assures them that they’ve “got this” before coaxing a little more emotion from the group. “This next run, look for something in yourself. Think of something that troubles you and then think about how you overcome it.” 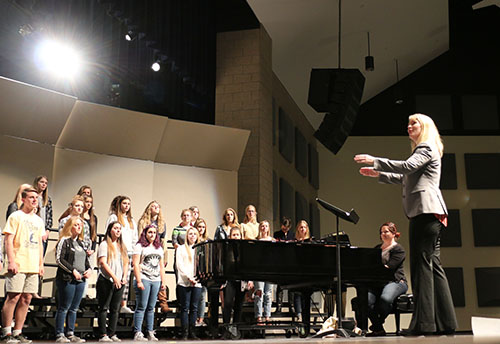 Performing on stage is a balancing act. Wyers wants the choir to be confident and poised; to sing with emotion without being overcome by it. A similar tension, or dissonance, plays out in the music she was commissioned to write for Corner Canyon, says the school’s choir director Melissa Thorne. “It’s a Latin text that talks about bringing forth light to overcome darkness.”

Thorne has long wanted to give her students the opportunity of performing music specifically written for them. Contracting with a professional composer can be expensive. But Dr. Wyers, a good friend of Thorne’s, discounted her services. Thorne then applied for and won a $1,500 Canyons Education Foundation Innovation Grant  one of 25 grants awarded this year to teachers with ideas for enriching classroom instruction.

Most Innovation Grants pay for high-tech classroom materials or teaching tools, but the program is really about expanding students’ horizons. Thorne says working with someone like Wyers, who conducts UW’s choir and whose choral works are published and performed internationally, is a “once-in-a-lifetime” opportunity for many of her students.

A leading national figure in the application of the Laban movement theory for conductors, Wyers runs Thorne’s choir through a few drills at rehearsal, exposing them to new ways of thinking about their craft. More than just a resume booster, the experience reinforces the value of choral music and “opens students’ minds to what’s possible,” Thorne says.

After rehearsal, students ask Wyers about her creative process. She says often the music just comes to her; it’s while transcribing it that she refines the piece and thinks more critically about how it fits within certain traditions. “People think choir music is Ivory Tower. But when I was your age, I was writing music on the piano and getting inspiration from popular music of the day,” she confides.

What motivated her to write “Surge Illuminare?” It was an abstract idea and nothing in particular. “I was thinking about the forces of life, the forces that draw into dark feelings and dark ways of being, and the forces that draw into hope, courage and taking a chance of doing something outside of the zone because you know it will make you a better person,” she says. “Life can throw up unexpected obstacles and the darkness can seem overwhelming. But we have to always look for the light.”

Wyers concludes rehearsal by sharing lessons learned from the darkest point in her life, when, at the age of 26, she unexpectedly lost her mother to a brain tumor. “I was so upset, but I still had to go to class every day and teach. I would cry all the way to class in the car…teach my one-hour class and go back to my office [and] cry some more,” she says. “But the teaching was what actually got me through it because I wasn’t thinking about myself. Some of the greatest ways to find lightness in life is by giving to others.”

“Surge Illuminare” will debut at Corner Canyon High School Monday, March 21 at 7 p.m. Admission is free. The choir will perform the piece at a regional festival on April 27 and again at the high school during the Canyons Education Foundation Gala April 28 at 6:30 p.m. 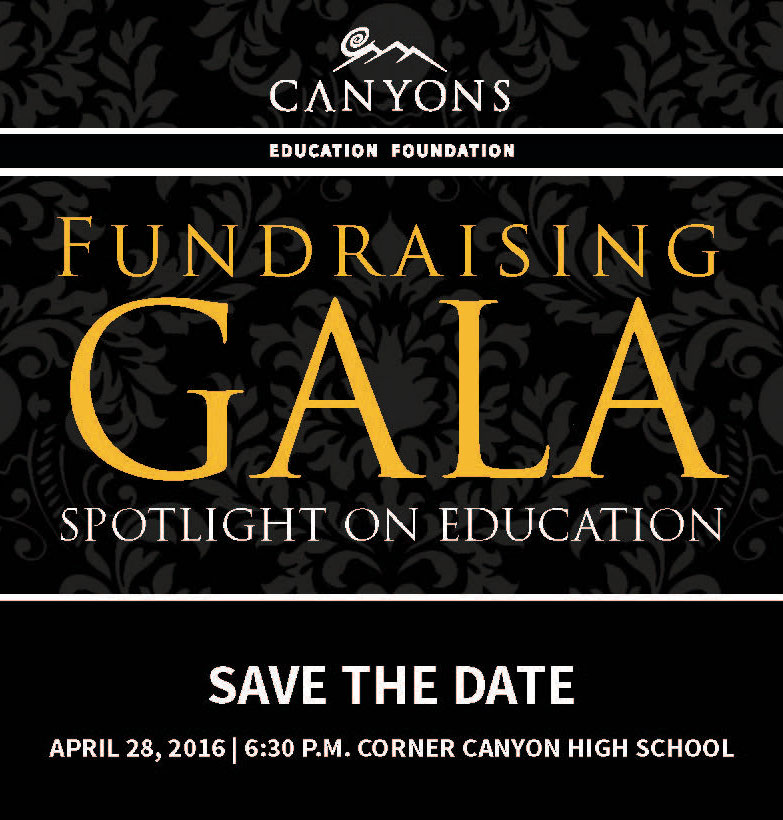 Be a Builder of Dreams
Please join theÂ Canyons School District Education FoundationÂ for a Fundraising Gala, a celebration of student achievement and innovation in education.

Call the Foundation at 801-826-5171 for tickets or to donate an item to the live and silent auctions.