On a brisk, clear day on Nov. 6, 2007, residents in the southeast corner of the Salt Lake Valley headed to the polls to vote in an election unlike any other. On that day, their votes made history. For the first time in Utah in nearly 100 years, a new school district was on its way.

Canyons District began independent operations on July 1, 2009, and we have kept the revolutionary vision of those voters at the center of all we do. With a laser-like focus on helping every one of our students become college- and career-ready, the District has been breaking barriers and raising the bar.

As administrators, teachers, and employees of the District, we understand the success of our students begins with our own responsibility to strive for a similar rigor in our administrative operations as in our academic programs. In addition to receiving awards for budget excellence in 2010, 2011, 2012, 2013 and 2016, the District successfully campaigned for a $250 million bond to build and renovate schools. As a result of our sterling financial track record, Canyons District has received the highest possible bond rating from Moody’s Investors Service. We also actively involve members of the community with volunteer programs, and partner with civic and business leaders to elevate our students’ educational experience.

The symbols of Canyons District are three majestic peaks that rise above our namesake. Yes, the peaks represent the magnificence of the mountains that stand tall above our schools, athletic fields and playgrounds, but they also represent the obstacles that may face us, and our students, and our resolve to rise above them. Here, we present an overview of Canyons’ accomplishments, with an invitation to engage with us on our continued exciting journey to new heights in education.

Building together: In 2017, Canyons District embarked on its final projects approved from a $250 million bond approved by voters in 2010. Alta View Elementary and Midvale Middle School were completed in time for school to begin, and crews started work on a remodel of Indian Hills Middle , which is slated to be finished by the beginning of the 2018 school year. In November, voters approved a $258 million bond to renovate and rebuild aging schools.

Student superstars: Canyons students continued to excel in 2017, with two students winning National Merit Scholarships. A Hillcrest Husky was named as the 2017 sterling scholar in the computer science category, and 22 CSD students were finalist in the state academic competition. Canyons’ athletes and artists also excelled in personal and team victories. Brighton’s Dani Barton and Alta’s Josh Davis were named Utah Gatorade Players of the Year for volleyball and football, and Alta coach Lee Mitchell was named the Gatorade Coach of the Year. Eight students received Academic All-State Awards for spring sports, and four received the award for winter sports. In theater, Hillcrest won the state title and 24 students from across the District won Superior Honors at state choir, band and orchestra events. And, on the cutting-edge of technology, Jordan High’s robotics team won the 2017 Utah Regional FIRST Robotics competition in its rookie year.

Teacher support: Canyons knows it has the best educators in the business working tirelessly to give our students access to a world-class education. In 2017, Alta High’s Rique Ochoa was selected as the Utah History Teacher of the Year for his dedication to his class, Altara’s Joani Richardson was chosen to receive a $10,000 Huntsman Award for Educational Excellence, Draper Elementary’s Ashley Lennox received the 2017 UCET Outstanding Young Educator Award, Sandy Elementary’s Debbie Beninati was named Elementary Music Teacher of the Year and Hillcrest’s Eric Murdock was named the School Counseling Educator of the Year. Canyons teachers are a big reason four of Canyons’ traditional high schools were recognized in 2017 for the number of students who take and pass Advanced Placement courses. Brighton ranks No. 8 out of all Utah high schools for the number of students who take and pass the tests. Corner Canyon ranks No. 5 for high AP participation rates, and Alta is No. 10. In recognition of the importance of quality educators, Canyons Board of Education voted to increase teacher salaries by more than $5,000 a year, and increased starting teacher salaries to $40,500.

District of Distinction: Canyons was named a District of Distinction by District Administrator Magazine for a coordinated effort to bridge the achievement gap at Hillcrest High. The program identifies struggling learners before they reach high school and provides early behavioral and academic supports. In addition, a summer boot camp gives Hillcrest’s incoming ninth-graders a jump on their first, “make or break” year of high school. Working with feeder schools, Hillcrest identified students most likely to benefit from its inaugural Husky Strong Summer Academy where, for 30 days, 80 students received four hours of daily instruction in math, science, English and geography. Forty-seven students completed all requirements of the academy, and those “graduates” show continued progress, boosting the school’s overall performance. In the first quarter, 77 percent of freshmen earned a 2.0 GPA or better, compared to 66 percent of Husky ninth-graders the year prior.

College-Ready: Canyons struck a first-of-its-kind partnership with the University of Utah to give Alta High students a jump on college. Step2theU will

grant a select cohort of Alta students the opportunity to earn college credit while in high school. By the time the Alta students graduate, they’ll have two complete semesters under their belts, sparing them thousands in tuition, fees and other associated costs.

Healthy Schools: On Earth Day, Canyons became the first school district in Utah to go idle free. “No idling” signs are being placed at all Canyons schools and pledges are being sent home with students, encouraging parents to voluntarily pledge to “turn their key and be idle free.”

Breaking Ground: As part of a $250 million bond approved by voters in 2010, Canyons continued to work on rebuilding and remodeling aging schools. In 2016, Canyons broke ground on Alta View Elementary and opened a new Butler Elementary. 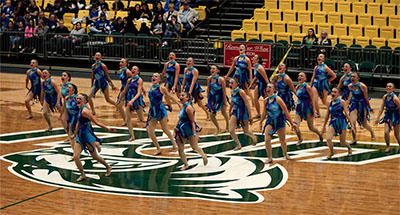 State Championships: A star receiver at Brighton High was named Gatorade Utah Player of the Year and was a finalist for the U.S. Army All-American Player of the Year. Numerous students won individual state titles, and three high schools took state in the following sports: In the 5A division, Hillcrest High won drill and theatre; and in 4A, Corner Canyons won the girls golf title — that high school’s first state championship.

AP Honor Roll: Canyons is one of five districts in Utah to be named to the prestigious Advanced Placement Honor Roll for high AP test participation and pass rates.