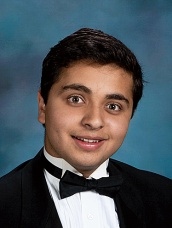 Remember the names Akbar Khan and Valerie Sanchez. Today, the 17-year-old seniors at Hillcrest High School are prestigious Coca-Cola Scholars  but don’t be surprised if tomorrow they are the country’s next Bill Gates and Hillary Clinton.

Khan and Sanchez were chosen out of 90,000 applicants from across the nation to receive a $20,000 scholarship to the university of their choice from the Coca-Cola Scholars Foundation. On April 3, the two will join 148 of their fellow student finalists at an all-expenses paid scholar weekend in Atlanta, and compete for an additional $10,000.

“Both of these kids are passionate about what they do and what they believe  and they are not just passionate about helping themselves, but about helping others,” Hillcrest High Principal Sue Malone said as she congratulated the two in her office recently. “They study very hard, take the most rigorous classes, and are involved so much in our community that I don’t think anything is impossible for them.” 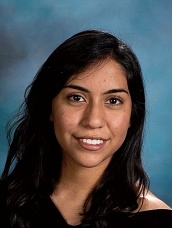 Khan and Sanchez, along with all of the other tens of thousands of applicants, only had about a 0.16 percent chance of being selected, so the fact that they were both selected from the same school is extremely rare. In Malone’s eyes, that’s just more evidence of how unique and special Khan and Sanchez are.

“They just amaze me,” Malone said. “We are going to hear about these two later on in life.”

Khan and Sanchez are both highly motivated and involved students with diverse family backgrounds. Khan’s mother immigrated to the U.S. from India at a young age, and his father immigrated from Pakistan. Khan, who was raised in Salt Lake, started his own non-profit organization in his early teens called Bags to Riches as a way of collecting and distributing free bags and backpacks to children in need. The organization has already distributed some 12,000 bags around the world. Khan also works with the ONE Campaign, a political advocacy group started by U2’s Bono, and he hopes to attend the University of Pennsylvania next year. Khan says he looks to his parents and grandparents for inspiration to make a difference in the world.

Sanchez comes from home where English is a second language  she and her parents immigrated from Peru  and she will be the first in her family to attend college. Sanchez’s accomplishments range from holding leadership positions in the Utah-Idaho Key Club and International Baccalaureate program to working as one of Midvale City’s five Youth Ambassadors  but she has her sights set even higher. She hopes to attend Yale University next year, become a Rhodes Scholar, and then receive a PhD at Harvard University. Her ultimate goal is to become the Secretary of State, or Secretary General to the United Nations to work on education. No matter what she does, Sanchez is sure to shine.

Coming in 2015-2016: Security Vestibules for Elementaries