No royal decree necessary: Midvale Middle School is the chess king. Midvale’s team dominated the competition at the Canyons Middle School Intramurals Chess Tournament on Jan. 25, 2014, where the students scored 40.5 of 42 points. Second-place went to Mount Jordan, with 27.5 points. Draper Park came in third with 25.5 points.

Additionally, Midvale students won five of six Board prizes in Tables 1-5; a Draper Park student won Table 6. They are:

In addition, students Tom Zhang and Alan Zhao a team posted a 7-0 record on Table 6.

The Chess Tournament is part of Canyons’ Middle School Intramurals Program.  The program is aimed at giving young teens competitive athletic and academic events in which everyone is welcome to participate. This year’s tournaments include Cross Country, which was held in October; 3-on-3 Basketball and Soccer, which are scheduled for the spring. 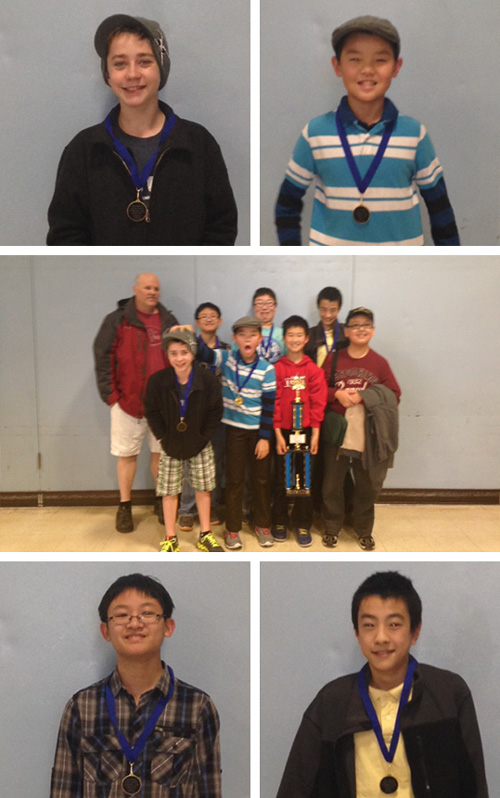