Bruce Shuck has always felt a close connection to Native American culture. It started when he was young, when the neighborhood kids used to play “cowboys and Indians”  and he always chose to be the indian.

He was 30 before he discovered that he really did have Native American blood  his great-grandmother was part of the Cherokee Nation, with generations of ancestors from the Powhatan tribe  and he was thrilled.

Since then, as a guidance counselor at Crescent View Middle School, Shuck has helped hundreds of students on the path to learning more about their Native American identity. His efforts working with students in the Standing Tall program helped earn him recognition this fall as a recipient of the prestigious Utah School Counselor Association’s Human Rights Award.

This week, CSD is lauding all its school counselors for the impact they have on helping students achieve school success and plan for a career. National School Counseling Week, sponsored by the American School Counselor Association, will be celebrated Feb. 48, 2013.

For his part, Shuck says the Human Rights Award honors his students more than himself. “It means an awful lot,” he said. “It’s recognition of the students I work with.”

Standing Tall is a program designed to teach students with Native American heritage about Native American culture, inspire confidence and monitor academic performance. The program helps students ranging from those who have just moved from the reservation to those with native ancestors who want to learn more about their heritage.

In addition to meeting weekly with Standing Tall students at Crescent View, Shuck is also a member of the Indian Education Parent Committee and he coordinates a districtwide, monthly Native American meeting.

“Bruce is a champion of civil rights for not only our American Indian population, but for all students, particularly those who have been disadvantaged in various ways and could use a measure of compassion and support, as well as a caring mentor,” Crescent View Assistant Principal Dave Barrett told the Utah School Counselor Association in Shuck’s behalf. “He is generous, thoughtful and often engaged in small acts of kindness both with students and faculty.” 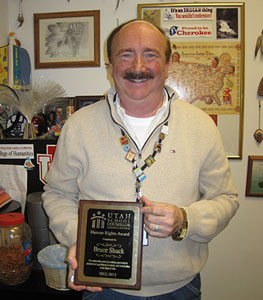 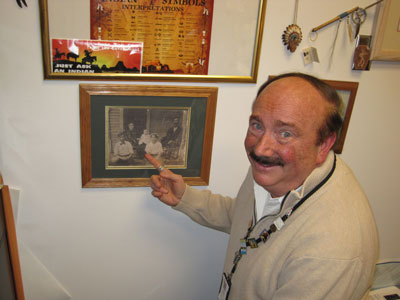