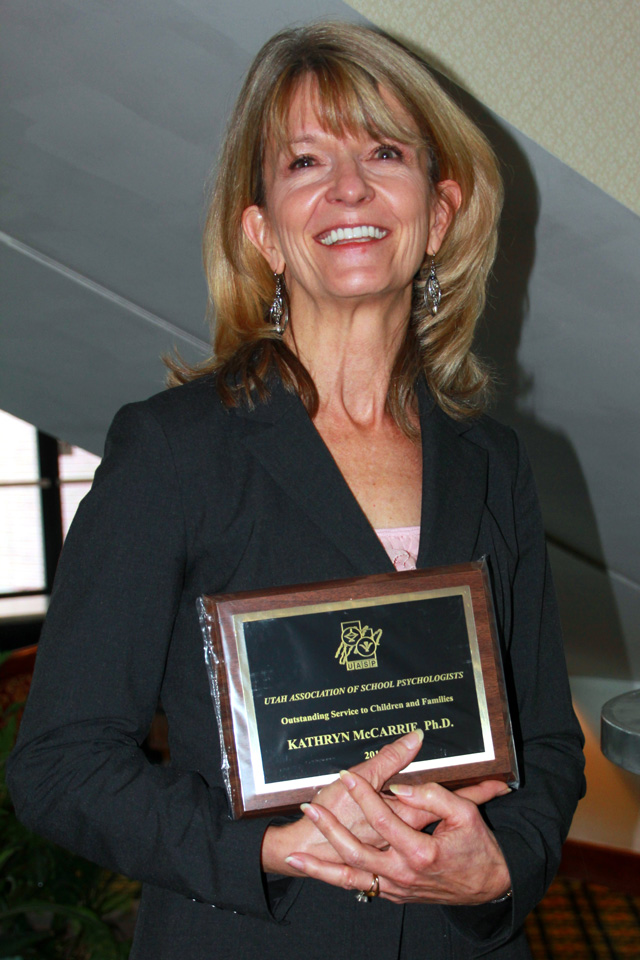 Kathryn McCarrie is known in Utah education circles as a supporter of school psychologists and an advocate for the role they play in the educational process.

That respect was returned on Tuesday, Nov. 12, 2012, when the Utah Association of School Psychologists honored McCarrie, now the Canyons District Assistant Superintendent for School Performance, with a Lifetime Achievement Award for her outstanding service to children and families.

The work that school psychologists do is close to her heart. Before becoming a school administrator  and later the Special Education Director for both Granite and Canyons school Districts  McCarrie worked as a school psychologist and an educator in special education programs. She also earned her doctorate degree in Educational Psychology from the University of Utah.

Dr. McCarrie says she was deeply honored to receive the award from the association, members of which she considers friends and colleagues.

Work On Road In Front Of CAB Delayed