The Utah Department of Health has named East Midvale Elementary the December 2011 Gold Medal School of the Month. 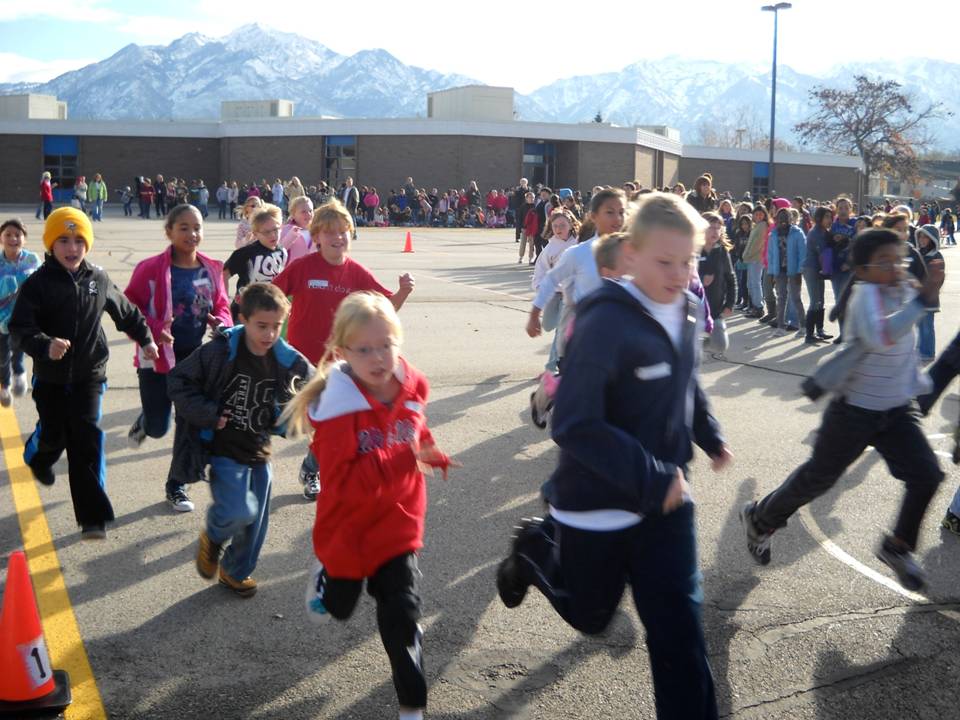 East Midvale jumped into its work to become a Gold Medal School back in 2008, and hasn’t stopped moving since. Determined to combat childhood obesity by engaging students in physical fitness, health and nutrition education, East Midvale became one of the few schools in Utah to complete the Bronze, Silver and Gold medal criteria in its first year. This year, East Midvale students plan to walk 20,000 miles  or, more creatively, to Disneyland and back 15 times. The school also is working to achieve Platinum Focus in Oral Health, and works with the group, “Sealants for Smiles” to offer sealants to all second- and sixth-grade students.

For its efforts, East Midvale will be profiled throughout the month of December on the Utah Department of Health’s Web site.

Park Lane Elementary has won the 2010-2011 Presidentâs Challenge State Championship, presented by the Presidentâs Council on Fitness, Sports and Nutrition and the Presidentâs Challenge program. To secure this honor, Park Lane posted Utahâs highest percentage of students achieving Presidential Physical Fitness Awards. Those awards go to students who perform in the 85th percentile on five fitness categories. This yearâs win marks Park Laneâs 15th state championship  12 of which were consecutive honors. The Board of Education is proud to honor Park Lane students, teachers, and Principal Karen Medlin for emphasizing fitness for lifelong health. The Board also honors the parent volunteers who help keep the Presidential Physical Fitness Challenge ingrained in school tradition.

Superintendent to Resign June 30; Board to Continue District’s Direction

What it Takes to Keep Schools Warm and Welcoming in Winter