The Class of 2020 in Canyons District will be celebrated at commencement rites held when mass-gathering restrictions are relaxed by health authorities who are spearheading the fight against COVID-19 infections.

The Canyons Board of Education on Tuesday, May 5, 2020, endorsed a plan to postpone official graduation ceremonies for this year’s seniors. The ceremonies cannot be held later this month in traditional formats because of the coronavirus-related public-health orders.

However, seniors will end their years as students with celebrations. While official CSD rites have been postponed, at the end of this month, the principals of Alta, Brighton, Corner Canyon, Hillcrest, Jordan and Diamond Ridge high schools will hold activities to cheer the accomplishments of this year’s graduates while also adhering to social distancing guidelines.

“With this decision, the District is supporting the desires of our community by committing to holding traditional exercises at a future date,” said Board President Nancy Tingey. “In the meantime, the schools can determine, according to guidelines of health and government authorities, various ways they can honor, celebrate, and recognize this year’s graduating class.”

The majority of respondents to recent surveys of CSD students and their parents were in favor of postponing graduation rites until a later date.

Districtwide, nearly 70 percent of students who responded said they preferred postponing  a traditional ceremony over having a virtual ceremony on Graduation Day at the end of this month. With the number of students who said both options were acceptable, the favorability of postponing the event rose to nearly 76 percent.

Fifty-seven percent of parents said they preferred holding the traditional ceremony at a later date. That number bumped up to 71 percent with those who indicated that both the traditional and virtual ceremonies were acceptable.

The online surveys also asked respondents if they didn’t like either option, or if they didn’t want any graduation ceremony this year. Additional ideas for rites were solicited in an open-ended question.

Forty-five percent of CSD seniors completed the survey, and 59 percent of parents responded. CSD accepted one survey response from each high school senior and one response from the student’s parents or guardians.

CSD’s five traditional high schools were scheduled to hold graduation events on May 28.  Diamond Ridge, CSD’s alternative high school, was set to hold ceremonies on May 27.  The last day of school is May 29. 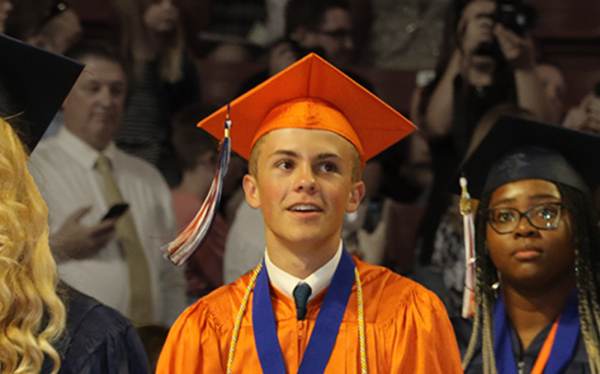