Jacob Simmons is charting a bright future through an exploration of the past. Since middle school, the Brighton High senior has been bringing pivotal moments in history to life through movie making, producing documentaries that have earned him national prizes and praise.

A repeat winner of state History Day contests, Simmons has, more than once, represented Utah at National State History Day competitions. In 2018, the Cottonwood Heights resident was among 15 American students chosen to participate in the prestigious Normandy Institute, a year-long course of study that pairs budding historians with college professors. Now, the 18-year-old can claim “Coca-Cola Scholar” among his accolades.

Simmons joins 150 high school seniors nationally to be named to the 32nd class of Coca-Cola Scholars, one of the country’s most prestigious academic awards. Fewer than 1/6th of 1 percent of all applicants are picked for the honor, which comes with a $20,000 college scholarship. The winners are chosen for their scholarly achievements and “leading positive change in their communities and around the world.” 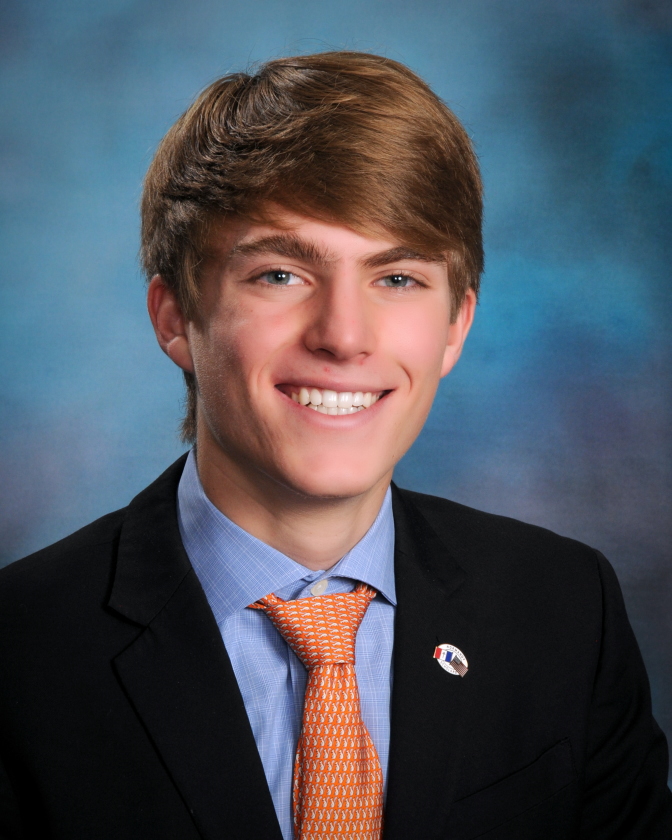 Simmons says he is humbled to be recognized alongside a group of people with such diverse accomplishments. To borrow a Coke tagline, his curiosity, or intellectual thirst, “knows no season.” Indeed, by offering a fresh take on the classics, it could be said, he is making history.

Simmons’ documentaries seek to illuminate the present through the lens of the past, often focusing on historical moments and figures that connect with his own heritage. One of his films explores the Jewish community of St. Eustatius, an important trading port during the American Revolution. Another journeys to the postwar Middle East and Israel’s polarizing leader Yitzhak Rabin.

Simmons’ profile of Justice Louis D. Brandeis garnered the attention of the Brandeis School of Law in Kentucky. Most recently, he surveyed the promise and perils of science through the life of Fritz Haber, the Nobel Prize-winning, German chemist who developed chemical fertilizers that helped feed the world while also pioneering wartime weapons, such as poison gas.

Simmons also is among three Canyons District students, and 2,500 students nationwide, to be named winners of the prestigious 2020 National Merit Scholarship program. In addition, he has been chosen as a semi-finalist to advance to the final round of the 2020 U.S. Presidential Scholars competition and earned an Academic All-State Award in tennis.

With at least two scholarship offers on the table, Simmons hasn’t decided where he’ll be enrolling in college. While history was “a passion project” to help him exercise his curiosity, he’ll most likely major in politics and engineering with an emphasis on energy and Middle Eastern affairs. He would also like to continue playing competitive tennis.

As a documentarian, he is “keeping it real,” and we’re thinking “life tastes [pretty] good” for him about now.