Canyons District’s graduation rate has reached a new high. Over the past seven years, the percent of high school seniors to graduate has climbed steadily to surpass the state average, rising from 83 percent in 2011 to 89 percent in 2018an increase largely driven by the achievement of a group of students who typically face the greatest obstacles to academic success.

All of Canyons’ five traditional high schools have reason to celebrate. But Jordan and Hillcrest stand out with the biggest gains, buoyed by the success of low-income and minority students and English language learners. “What’s most compelling about these numbers is that it’s not just a one- or two-year bump. We’re talking about significant, sustained improvement,” says CSD’s Research and Assessment Director Hal Sanderson, Ph.D. 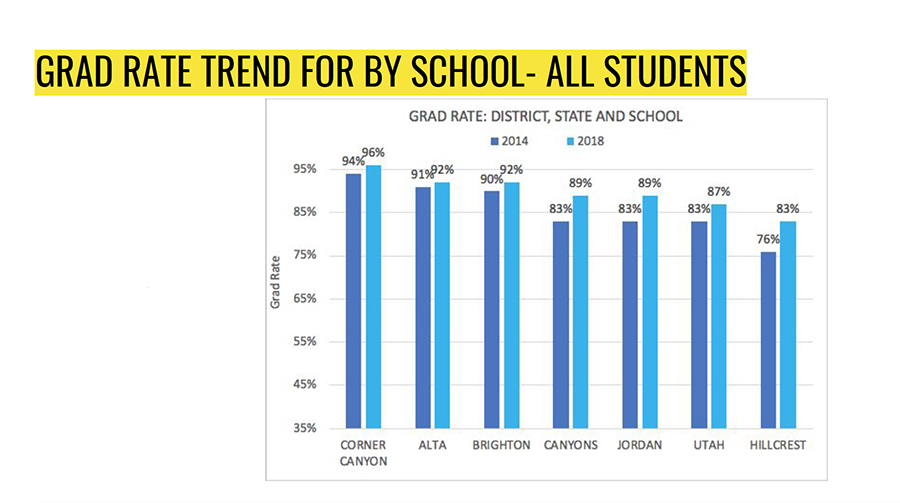 Some of the improvement is attributed to the reconfiguration of CSD’s high schools to house grades 9-12. Doing so provided students with a more clearly-defined four-year path to graduation while also giving ninth-graders earlier exposure to more rigorous coursework. But the data suggest there’s also something else at work.

“This isn’t about a shiny new educational program, it’s about providing studentsall studentswhat they need to succeed,” says Jordan High Principal Wendy Dau. “Students want to be seen and heard. They need role models who believe they can rise to high expectations and who can constructively help them overcome challenges. They need someone in their corner.”

With 31 percent of Canyons’ students qualifying as low-income, and 16 percent identifying as members of an ethnic minority group, District leaders recognized early the importance of working to close the achievement gap. “Since its inception in 2009, the District has embraced a vision of 100 percent student success,” says Hillcrest High Principal Greg Leavitt.

All student groups in Canyons District, including those with disabilities, are graduating in greater numbers. But the number of diploma-earning Hispanic and Latino students in CSD has grown at an especially steep rate, by a whopping 18 percentage points from 60 percent in 2011 to 78 percent in 2018. Students from low-income families and those learning English for the first time, also showed pronounced gains. 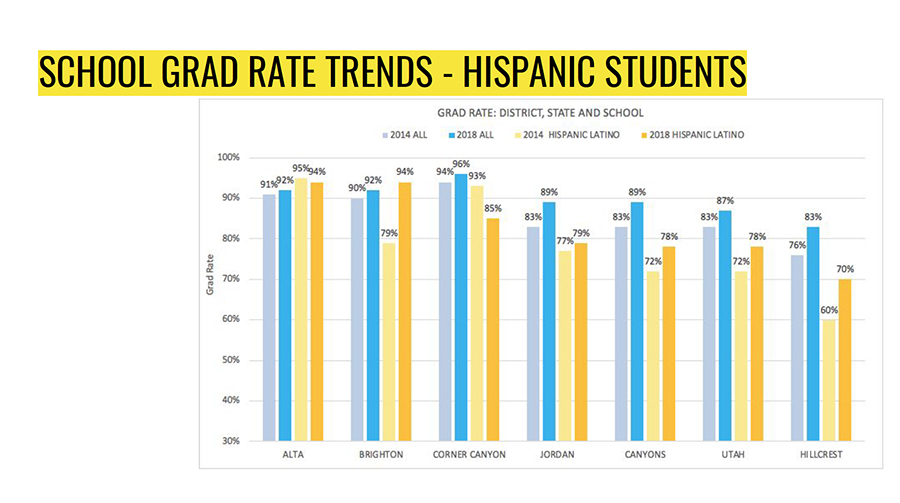 Jordan and Hillcrest have implemented new programs to engage at-risk students during the summer as they transition from middle school to high school, but those programs are too new to have influenced graduation numbers. The reason for the students’ success may reach beyond grade reconfiguration and summer boot camps.

“It really comes down to an every-day focus, and being disciplined about keeping tabs on school attendance, grades, and disciplinary issues, as well as building trusting relationships with students,” Leavitt says.

Hillcrest, for example, assigns struggling students to administrators who monitor their progress and check-in with them weekly. The school regularly sends credit reports to all parents, which map students’ progress toward graduation. They’ve built a 40-minute block of time into the school day for students to meet with faculty, seek extra help, and catch-up on homework. And they offer a credit-recovery lab where students can make up for lost time.

“Students, some of them newcomers to this country, who, because they come from devastating circumstances don’t have complete educational records, are able to earn original credit through this program,” Leavitt says.

Counselors at Hillcrest and Jordan also work to connect students and their families with social-emotional supports andpublic aid programs.

“There’s no one-size-fits-all solution. What works for one student may not work for another,” says Dau. “But being organized about monitoring student progress is as non-negotiable as having committed teachers who choose to believe all students are capable of doing hard things.” 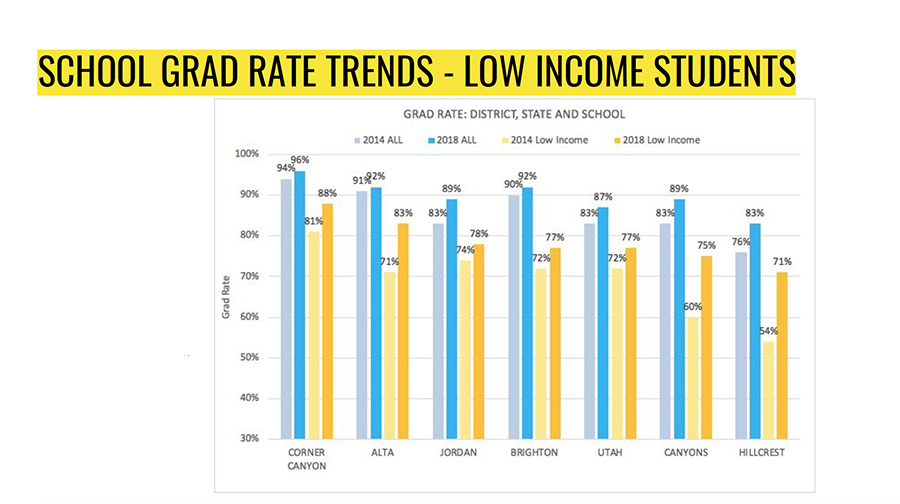 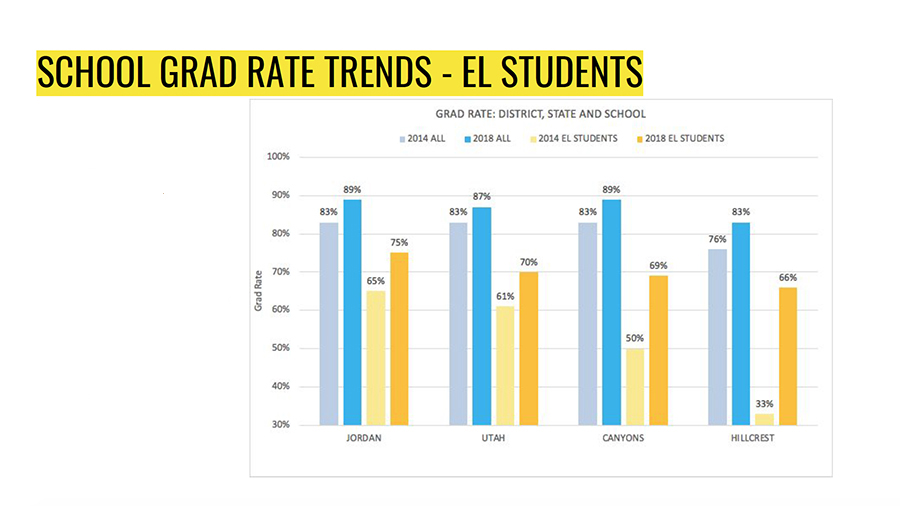 Your Polling Station May Have Changed