Denmark isn’t a socialist utopia where everything is free, as Bernie Sanders is wont to describe it. Nor is it an example of the pitfalls of socialism as portrayed in a recent White House report that compared Denmark’s standard of living to that of Venezuela.

In fact, the Nordic country isn’t socialist at all, Denmark’s Ambassador to the United States Lars Gert Lose explained to a group of Brighton High students on Friday. “We are a social-democratic country.”

It’s a nuance that may be tough to describe on a bumper sticker, or in 140 characters or less, but it wasn’t lost on the Model UN and Advanced Placement students who gathered in Brighton’s auditorium to hear Lose speak. The Ambassador’s appearance was arranged by social studies teacher Jim Hodges through Brigham Young University’s Kennedy Center.  The Kennedy Center sponsors several ambassadorial visits each year, and arranges to have the dignitaries meet with as many student groups as possible. 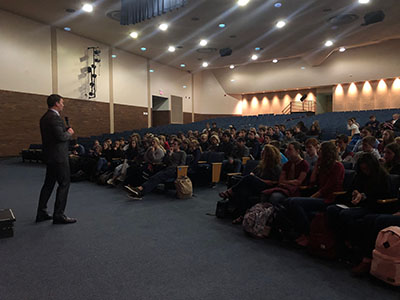 At Brighton, Lose spoke of life as a diplomat and of Denmark’s long and valued ties to the United States. The two countries may not agree on everything, he said, but “there’s much more that binds us together than separates us.”

Denmark’s diplomatic relationship with America dates back to 1801 due, in part, to historically large Danish migration to this country. Economically, the two countries are important to one another. “The U.S. is the third largest market for Danish companies, bigger than France or the UK,” Lose said. And the two regions share common foreign security philosophies with their investments in military defense.

Culturally and politically the two countries may sometimes seem worlds apart, but the distinctions aren’t as black-and-white as is commonly thought. Among the surprising facts that Lose shared:

Of course, the Danes devote nearly half their wages to income tax. Social supports “come at a price,” Lose said, “but it’s true that we have a great quality of life.”

Denmark’s foreign policy priorities include the fight against terror and climate change. The country began innovating in the area of renewable energy in the 1970s in response to an oil crisis. Renewable energy sources now meet half of the country’s energy needs, Lose said.

The country also would like to see free-trade alliances and agreements preserved. There’s nothing wrong with Trump Administration’s America-first stance, Lose said. “We have a Denmark-first policy as well.” Lose also agreed that the World Trade Organization has allowed China to compete unfairly.

But Lose questioned the logic of “blowing up” fair-trade rules and structures in an effort to improve them. “That won’t play well in the long-term. Look at Utah. I think 25 percent of all jobs here are dependent on global trade,” he said. “The point is how you pursue America’s interests. Playing a zero-sum game and having to win every single time, makes it difficult to find compromise.” 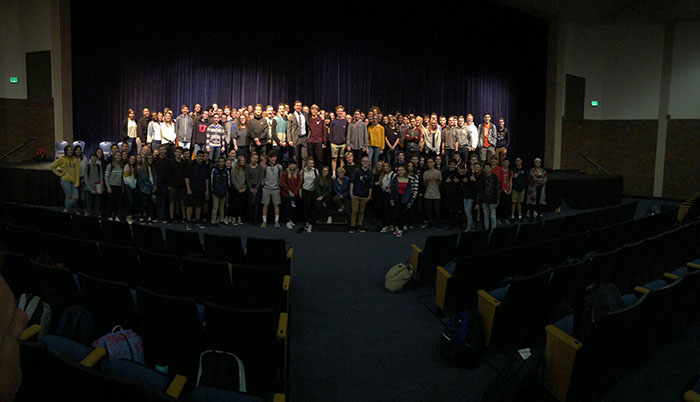 Former Midvale Mayor Remembered for her Support of CSD, Education