In 1957 when Midvalley Elementary was built, a piece of candy cost .5 cents, frisbees were all the rage, and most of the area surrounding the school was farmland.

The home of the junior huskies started as an eight-classroom schoolhouse, and every December the Midvale community would decorate the length of the building with ceramic lights and holiday murals, says the school’s Principal Tamra Baker. “They called it Candy Stick Lane. It was like a ZCMI [department store] Christmas.”

Today, the school serves a diverse and growing suburban population, and is in need of an upgrade, which it will soon be getting when it’s rebuilt with proceeds from a $283 million, voter-approved bond  but not before the community gets a chance to say farewell to the schoolhouse that has served them so well. 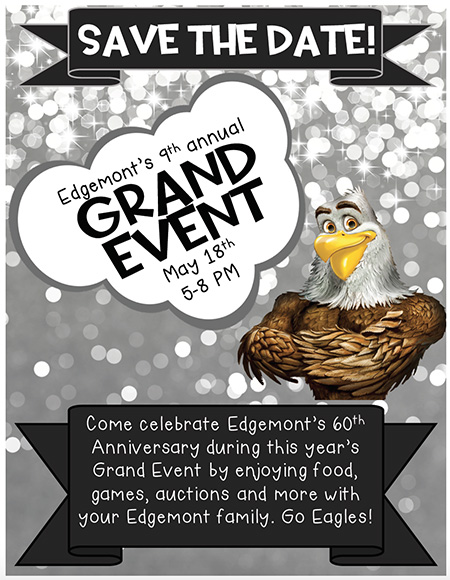 Midvalley is one of two CSD schools turning 60 this year. Edgemont Elementary also is celebrating its diamond jubilee. The home of the Eagles serves White City, which also will be receiving a new school as part of the 2017 bond. Both schools will be hosting birthday celebrations in the coming weeks to which current and former employees and students, parents and the community are invited (see details below).

If walls could talk, these schools would, no doubt, have stories to tell of generations past. They might recall the creation of NASA and ensuing influx of federal funding for science and math instruction triggered by America’s race to space. Maybe they’d exchange anecdotes about the open-classroom designs in vogue during the sixties and seventies, the desegregation movement, the push for the equitable treatment of students with disabilities, and the rise of vocational education.

“I think we’re one of the last schools with a civil defense bomb shelter,” Midvalley’s Baker says. “We still have radiator he 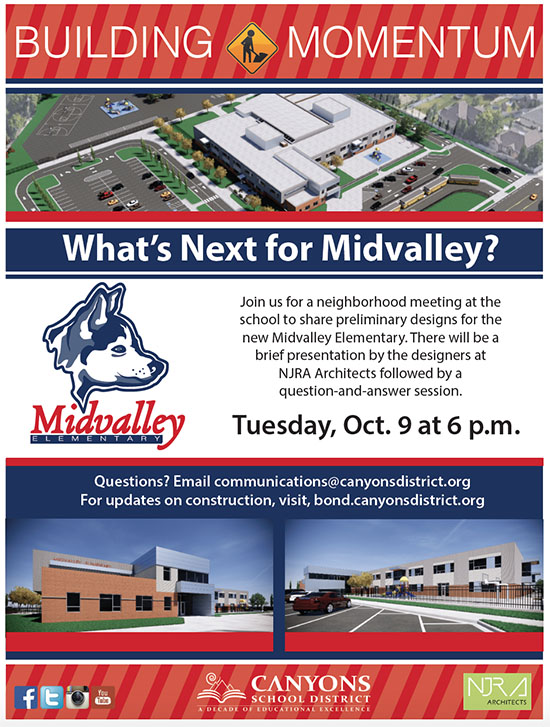 at. The old boiler was called the gray dragon, and when they put in a new one, the custodian named it the little blue mule.”

Facility upgrades may breathe new life into schools and the communities they serve, but they don’t erase the memories of those who have taught and learned there, says Edgemont Principal Cathy Schino.

Come see old friends, pictures and scrapbooks, share some memories, and enjoy some food at these 60th birthday celebrations:

Midvalley Elementary, 217 E. 7800 South
Enjoy food, a piece of birthday cake and student performances while getting a sneak peek at the school’s new logo at a birthday celebration held to coincide with Midvalley’s Multicultural Fair on Wednesday, May 30, 5:30-7:30 p.m.

Kindergartners: ‘I Will Be College-Ready’