Canyons Board of Education President Sherril H. Taylor has been honored as an exemplary leader by Sandy City. The city named Taylor as the 2018 Outstanding Local Elected Official of the Year at a recent awards dinner.

“I am humbled and honored by this award and I thank Sandy city so much,” Taylor said. “But I also need to say I wouldn’t be receiving this award if it wasn’t for all of the dedicated professionals and board members past and present who have served so well in the Canyons District. We are very proud of this District.”

Taylor has served as a member of the Board of Education since 2004, when he was elected to the Jordan School District Board of Education. He was one of the first seven members to serve on the inaugural Canyons Board of Education, and he continues to represent District 6 today. Taylor is a retired educator, a former teacher and principal, and a stalwart champion of the students of Canyons District.

For Sandy City, Taylor is also a reconciling force. “Since his first election in 2004, Sherril Taylor has been a bridge, helping Sandy City and the school district work together for the betterment of the community,” Sandy Deputy Mayor Evelyn Everton said at the awards presentation. “During his time serving as President and Vice President of the Canyons School Board, Sherril has been instrumental in the proposing and approving of two major school bonds which are being used to remodel and reconstruct numerous schools throughout Sandy.”

Canyons District, and Taylor, through his leadership on the Board of Education, also worked with Sandy on the development of the Mount Jordan theater, various redevelopment project areas, and the design and co 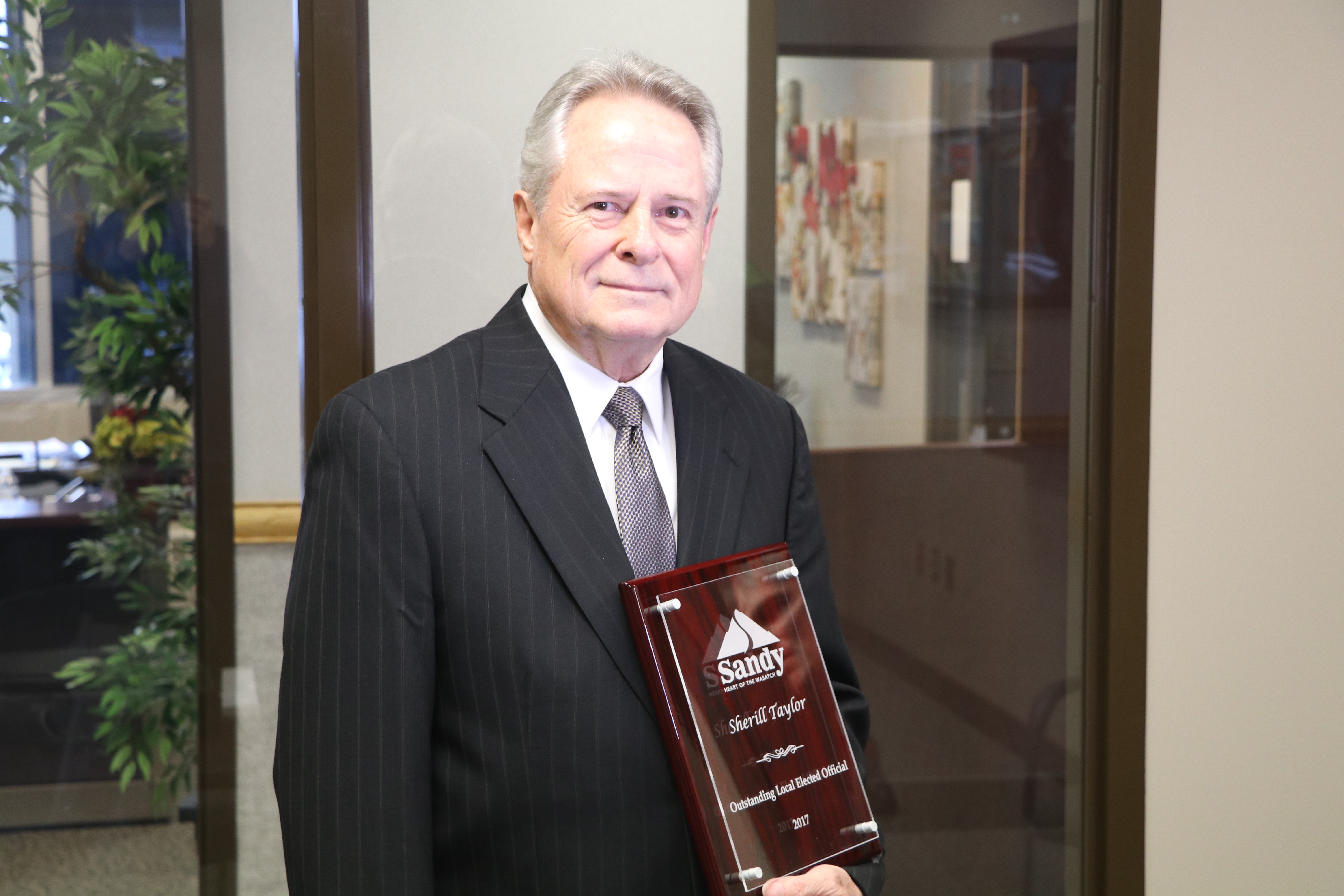 nstruction of new homes built by CTEC students on land donated by the city.

“In my opinion, he has been a steady hand in forming Canyons School District,” Canyons Superintendent Jim Briscoe said at a recent school board meeting. “He’s been there the whole way, setting high expectations and excellence for Canyons School District and he has served outstandingly as the Board President. We have expectations that all of our students will achieve their fullest potential and be college-and career-ready, and that’s amazing.”

Tags: Board of Education