If you didn’t already know she was Hillcrest High’s new head soccer coach, you might have mistaken Kyra Peery for one of her players at Thursday’s meet-and-greet with prospective team-members and parents. The former college athlete stood shoulder-to-shoulder with her team captains whom she invited on stage to explain goals for the coming year, their easy banter a mark of their growing camaraderie.

“My passion for coaching is fueled by the energy that these girls bring to the program,” she said.

Hillcrest is getting a new school and a new soccer program to match. Crews break ground next summer on a rebuild of the home of the Huskies, which will include a new, state-of-the-art fieldhouse.

“Girls are going to want to come here to play soccer. We’re looking for athletes that are committed to soccer, committed to the program and committed to becoming one pack, one goal,” said Peery, who comes with years of experience as an all-conference cross country r 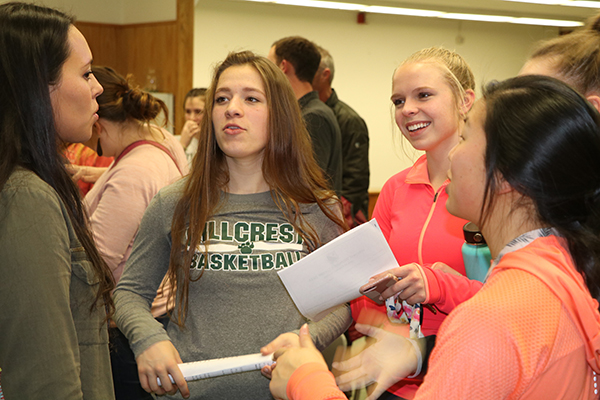 This will be Peery’s first year as head coach, but she is no stranger to the team, having served as their assistant coach for three years. She’s married to Brock Peery, a popular math teacher who doubles as the team’s fitness coach. The duo will share duties with goalie coach Dan Pia, and two assistant coaches, Laura Benson and Robin Cecil, a Doctor of Physical Therapy who will bring a focus on injury prevention.

Peery is coaching to win, but not by chasing the leaderboard, said Assistant Principal Justin Matagi. “She’s coaching to build a winning team, which means putting the well-being and development of her players first.”

To build a strong junior varsity pipeline, Peery and her coaching team will prioritize skills-building, teamwork and strength and conditioning. Once players reach the varsity level, they’ll be expected to earn their time on the field. But the emphasis will always be on player development and teamwork. “That’s important. The confidence that comes from being part of a team is what enables you to do hard things. It empowers you, and you can pour this competitive edge that you 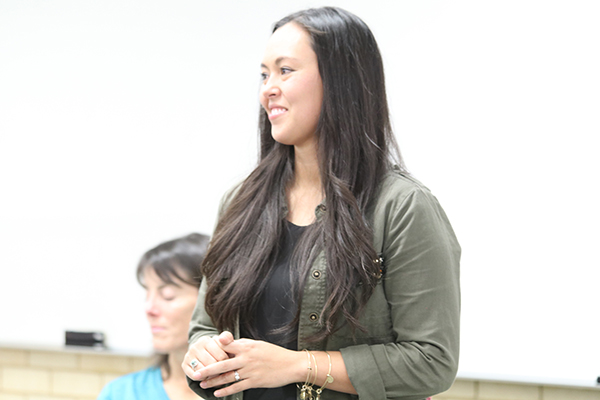 develop in soccer into anything you do,” Peery told her players.

To build pride and a winning attitude, the coaches are expecting players to always wear their practice uniforms, black shorts and a gray shirt. To build up the team’s resilience, they are considering test-piloting a sports injury prevention program. And they’ll be using a popular app to keep in close communication with everyone, including parents.

“We’re lucky to have her,” Matagi said. “Just in the past month to see the energy and organization that Coach Peery and the others have brought has been amazing.”

With off-season just around the corner, there’s not a minute to lose, Peery said. “It starts here and it starts now.”

Superintendent to Resign June 30; Board to Continue District’s Direction

CSD Celebrates Dr. Seuss Day and the Joys of Reading