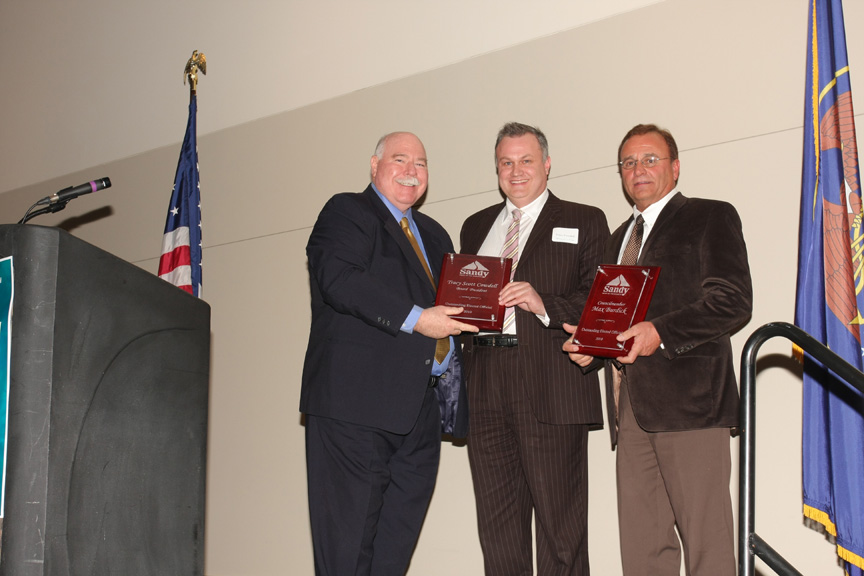 Canyons Board of Education President Tracy Scott Cowdell has been named Elected Official of the Year by Sandy City for his leadership, community service, and vision for Utah’s first new school district in a century.

“The Cowdell name represents some six generations of a family that has called Sandy home. It is also a name that has been associated with volunteer, civic and political leadership in the city,” Sandy Mayor Tom Dolan said in presenting the award. “Tracy has dedicated enormous energy and commitment to the success of the Canyons School District. His vision is that the Canyons School District will not only become the best school district in Utah, but will also achieve national acclaim. He remains a strong supporter of Sandy City, and under his leadership, new and emerging partnerships have been developed between the City and School District.”

Mayor Dolan and the Sandy City Council host the annual awards banquet to honor volunteers dedicated to improving the quality of life of Sandy City residents.