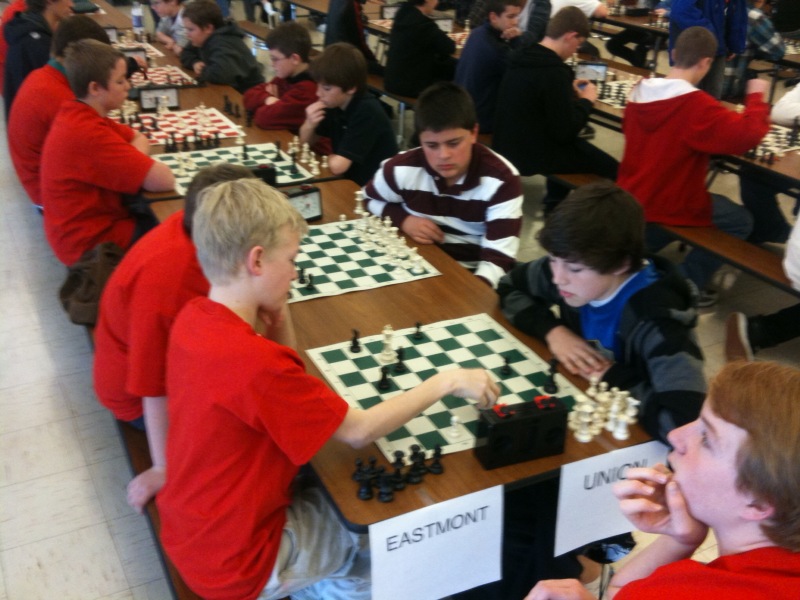 The Mountaineers edged competitors from seven other middle schools in the districtwide tournament, the latest addition to the Canyons Middle School Intramurals Program. Midvale Middle School finished in second place, and Butler and Crescent View middle schools tied for third place. The winners received trophies capped with chess pieces to display in their school trophy cases.

Some 200 Canyons middle school students had been practicing two to three times a week since October to hone their chess skills and prepare for the districtwide competition. Each school was represented by its six top contenders — one for each ability level of play, beginner through advanced. Winners in each of the six levels also received medals. They are, in order from advanced to beginner categories:

The Intramurals Program kicked off last year to give kids competitive athletic and academic events in which everyone is welcome to participate. Last year, students participated in Cross Country, 3-on-3 Basketball, and Ultimate Frisbee.

Board of Education Funds Double-Digit Pay Raise for Teachers

Here’s What School Choice Looks Like in Canyons District