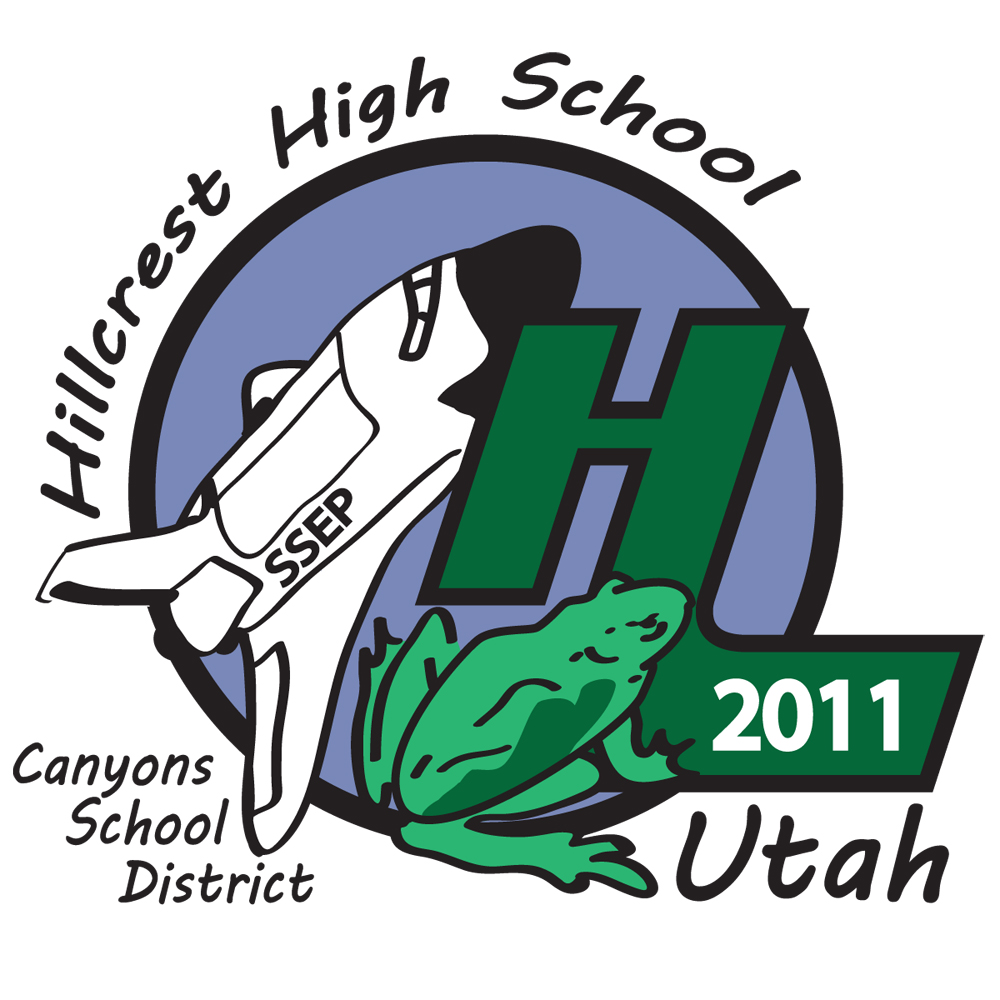 Hillcrest students’ science project won’t be the only sign of the Huskies aboard Space Shuttle Endeavour at its rescheduled April 1 launch.

Hillcrest students in late November learned their science project was among 16 nationwide selected to fly aboard Endeavour as part of the Student Spaceflight Experiments Program. In the days to follow, Hillcrest art students were invited to design a logo  a patch-size, 4 inches by 4 inches  to accompany the science project on Endeavour.

The name might sound familiar. The 11th-grader is part of the team of students whose science project was selected to fly on Endeavour. Faculty voting for the winning emblem didn’t know he was the designer, as names were left off the entries.

Howell’s clean and simple design incorporates several elements: the school’s name and color, green; SSEP; Canyons School District; Utah; Endeavor and the launch year; and a frog to symbolize the science project, which will examine the effects of microgravity on frog embryos.

The Student Spaceflight Experiments Program (SSEP) is a national Science, Technology, Engineering, and Mathematics (STEM) education initiative that provides fifth- through 12th-graders the ability to propose experiments to fly in low Earth orbit.  The SSEP was launched in June 2010 by the National Center for Earth and Space Science Education, a project of the non-profit Tides Center, in partnership with NanoRacks, LLC.  The student experiment flight opportunity is enabled through NanoRacks,  which is working in partnership with NASA under a Space Act Agreement as part of the utilization of the International Space Station as a National Laboratory.

Hillcrest Community Cheers the Start of Work on New School