Mishele Mitchell has never thought of herself as an “athlete.”

She wasn’t involved in sports as a kid; only recently did the single, working mother of three take up running as a way to squeeze some exercise into her busy day. “I never dreamed of running the Boston Marathon, or even thought it was possible,” says Canyons School District’s Facilities Scheduler.

But in less than a month, on April 17, 2017, Mitchell will lace up her shoes and join the 30,000 other runners who managed to beat Boston’s strict qualifying times. The 26.2-mile race is the world’s oldest annual marathon, and considered to be the highpoint of many an amateur running career.

Mitchell qualified after completing her second full marathon, the 2016 Revel Big Cottonwood, with an average seven minute-per-mile finish  an achievement, she says, “proves anything is possible if you work hard and put in the effort.” Over the next 28 days, she’ll be chronicling her “road to Boston” on her Instagram (mrunner131_) account. 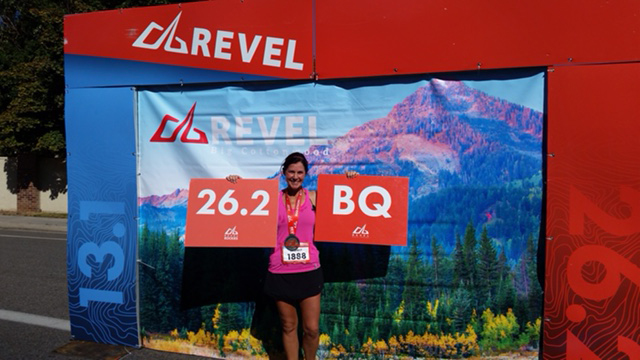 Mitchell’s fitness philosophy is best described as baby steps. Recalling her first 5K race, she says, “I was afraid to register because I didn’t think I would finish. I decided to just run with the group anyway and see how far I got.” Much to her surprise, she finished that 5k and countless more races, working her way up to halfmarathons and then her first full marathon in 2006.

Each week, she sets a goal to run a little farther and faster. Running is now a rejuvenating outlet that Mitchell can’t imagine living without. “It’s my therapy,” she says.

This doesn’t mean training has gotten any easier. On most days, she has to wake at 4 a.m. to get her miles in before the start of work at 7 a.m. “I’ve had to push for every part of the training that has gone into this,” she says.

Even so, she’s managed to make a convert out of her 12-year-old daughter, Emma who has set her sites on running a marathon one day. Having road buddies “helps you stay motivated and accountable,” she says. And as one of Canyons District’s “Living Leaders,” a committee of health-conscious employees who sponsor school and workplace activities to promote wellness, Mitchell hopes her “road to Boston” brings even more converts into the fitness fold.

“If I can help one person get moving and start making healthy fitness goals, it will make the journey that much sweeter,” she says. 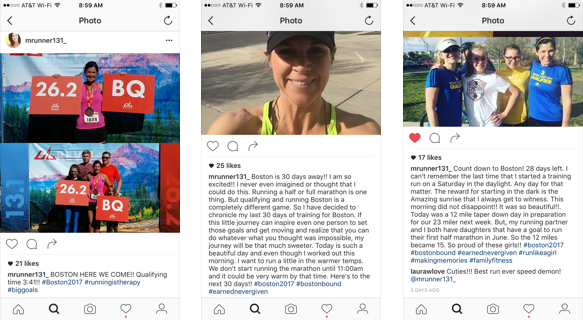