Her name is Dani Barton  but the Deseret News calls her Ms. Volleyball, The Salt Lake Tribune calls her Player of the Year and Gatorade has named her the Utah Volleyball Player of the Year. Barton’s success at Brighton caught the attention of the University of Utah so much that, starting in January, her teammates will be calling her a Ute. The senior graduated early in December so she could start playing volleyball in college as soon as possible.

“She’s the best female athlete in the state, hands down. You could give her a ping pong paddle, and next year, she could be your state champ,” her Brighton High coach Adam Fernandez told the Deseret News. 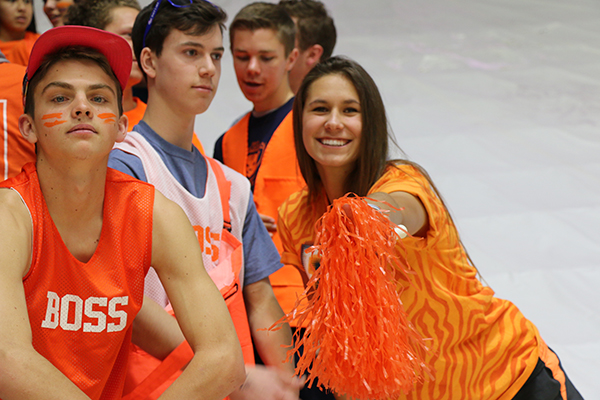 Indeed, Barton’s raw athleticism was apparent in more than one sport. She played on Brighton’s championship-winning basketball team as a sophomore,and made the state finals of the 100-meter and 400-meter dash on her first try running track as a junior. She comes from a long line of accomplished athletes: Two of her brothers play college football; her mother, Mikki Kane-Barton is a member of the U.’s Crimson Club Hall of Fame; and her father, Paul Barton played football and baseball at the U.

But inborn talent is nothing without discipline. What sets Barton apart from other outside hitters is her internal drive to improve and her never-quit attitude on the court, says coach Fernandez who had his eye on Barton from the time she attended the school’s volleyball camp in seventh grade, when she was already playing as well as his varsity team members. She didn’t let her coach down. Barton finished the volleyball season with 418 kills and 71 blocks. She led her team in digs and landed 91 percent of her serves. She is ranked No. 4 in Utah for her accomplishments.

“What I love most about volleyball is it’s more of a mental game,” Barton told Adam Mikulich at KUTV as she was highlighted as the Prep of the Week. “It tests your mental toughness and I just love being on the team.”

Now Barton has her eye on her next goal: competing in beach volleyball, which is a sport the University of Utah is adding to its roster in the spring. Of course Barton plans to win, but her dreams go even farther than that: she wants to win in the summer Olympics.