Washington Redskins linebacker Bryan Kehl told Crescent View Middle School eighth-graders to “accept nothing but greatness” from themselves as they press forward in pursuit of their hopes and dreams.

Kehl, a graduate of Brighton High and Brigham Young University, spent an hour with the students on Monday, March 11, 2013, urging them to set challenging goals  and then press forward with diligence and determination until the mission is accomplished.

The National Football League star, who was recruited by Oregon, Utah State, Harvard, Yale and Idaho State, told students that although he was a standout football player, he was cut from his school basketball team several times before he made it. Each time he didn’t make the team, Kehl said, he vowed to work extra hard in the next 365 days to improve his jump shots, rebounding skills and free throws. 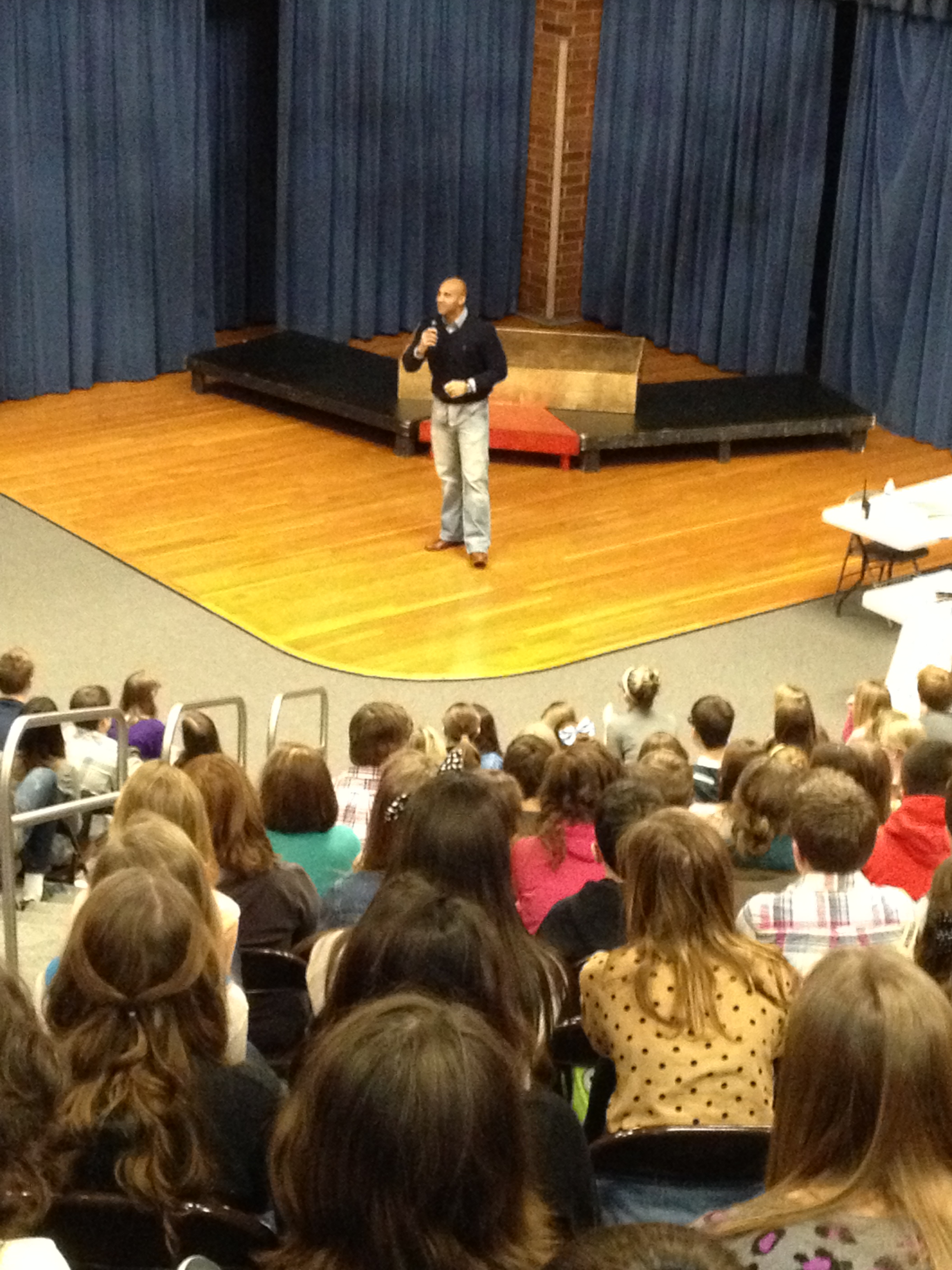 He eventually made the team. And he learned a valuable lesson about not giving up, about moving forward, about challenging himself to be  and do  better than the day before. “Do not accept mediocrity,” he said, “and you can achieve great things.”

In addition to his athletic goals, Kehl sought to shine academically, too. He never wanted to dip below a 4.0 grade point average, even though his schedule was packed with rigorous
Advanced Placement classes. “I set my bar high. I set my goal. I went to work.”

Colleges recruiting him for their gridiron squads could see that he was dedicated to excellence in the classroom as well as the football field. He said he earned straight A’s on every report card from the eighth grade to his senior year  and scored a 30 on the ACT.

“But I didn’t come here to brag.  I could be at home listening to One Direction,” he said to laughter from the teenage crowd. “I came here to impress upon you to set good goals.”

“In life, we fail, we fall down, we slip, we don’t succeed.  It’s easy to give up and get down on yourself. It’s easy to believe what is being told to us, that ‘You’re not good enough.’ That’s the easy way out,” he said.  “I want you guys to realize that if you believe in yourselves, and that if you have the discipline to work, you can accomplish great things.  If you have faith in yourself and the desire to pay the price you can accomplish anything. That’s a great lesson in my life that I am still learning today.”