Cowdell thanked the board members for their friendship, ideas, tenacity and dedication to the students and community of Canyons School District. 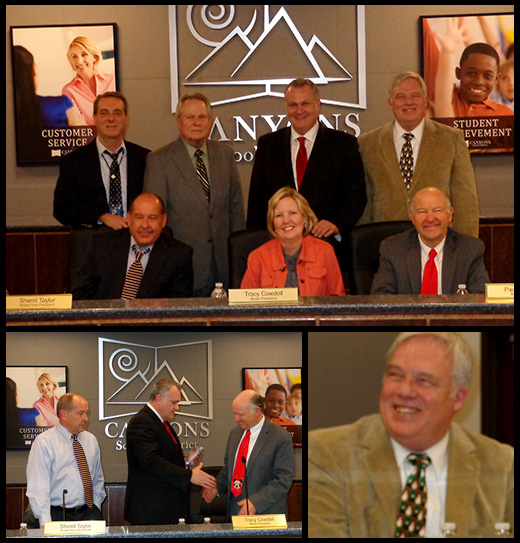