Canyons District joined the Midvale community Wednesday, Aug. 3, in celebrating the start of construction on a new elementary school in Midvale.

Work at the school, which will replace the 61-year-old building on Center Street, begins immediately. It is scheduled to be finished during the 2012-2013 school year.

The groundbreaking ceremony, in which dignitaries, district administration, teachers, neighbors and students participated, was historic: It marked the first time Canyons, which was founded in 2009, started work on a new elementary school.

The 85,000-square-foot school will cover 9 acres of a 25-acre campus it will share with Midvale Middle School, 7852 S. Pioneer St.
“We are thrilled to be standing here today, celebrating the start of a new school that we hope will be the heart of this community and a source of pride for parents, students and teachers in the Midvale community,” said Mont Millerberg, the member of the Canyons Board of Education who represents the Midvale area.

“Canyons District,” Millerberg said, “is proud to announce that it is holding true to its promise to build a new, state-of-the-art elementary school for children of Midvale.”

The new school will have natural light in rooms and hallways. The school also will have state-of-the-art classrooms, and plans also call for additional gymnasium, playground and parking spaces. “Best of all,” said DeMill to cheers from students and teachers, “the new school will have air conditioning and a new heater for the winter.”

The school, which Mayor Seghini called a “miracle of community involvement,” is being completed with the help of a $250 million bond approved by voters in Canyons District. It is one of 13 construction and renovation projects identified as priorities by the Canyons Board of Education.

While crews work, Midvale students will continue to attend school in their old school. This means students won’t be bused out of their neighborhoods while the new school is being built.

The final design of the new Midvale school was approved this spring by the Canyons Board of Education, which chose the firm NJRA Architects to spearhead the project’s design. Westland Construction has been contracted to build the new facility, which will continue to be called Midvale Elementary after it is completed on its new site.

Click here to see more in the Deseret News. 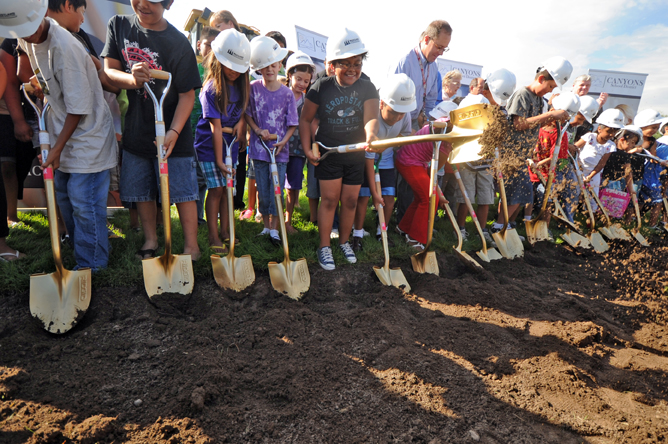 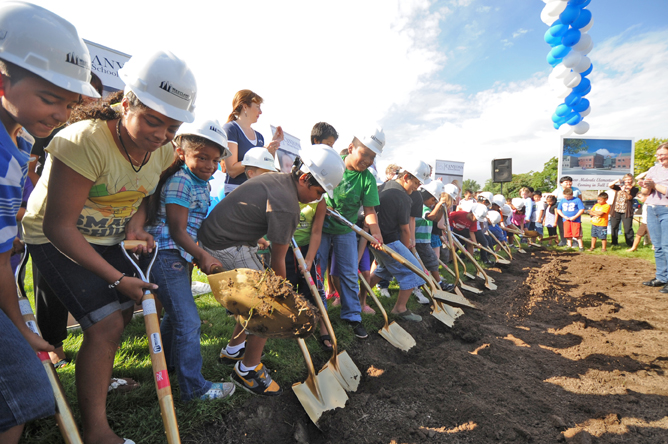 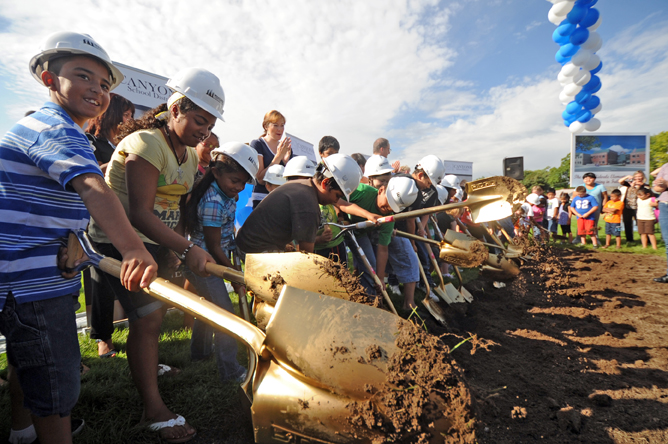