For Draper Elementary teacher Yinyao You, the only way to express his feelings about receiving an award that’s so prestigious only a handful of people in the world have ever received it, is with an exclamation point.

You was selected to receive the Individual Performance Excellence Award from the Confucius Institute at the University of Utah, a recognition given to only 30 individuals worldwide, including university presidents and educational leaders. He is one of five individuals from the United States to receive the award this year, and the only guest teacher in the U.S. to be recognized, according to the Confucius Institute. 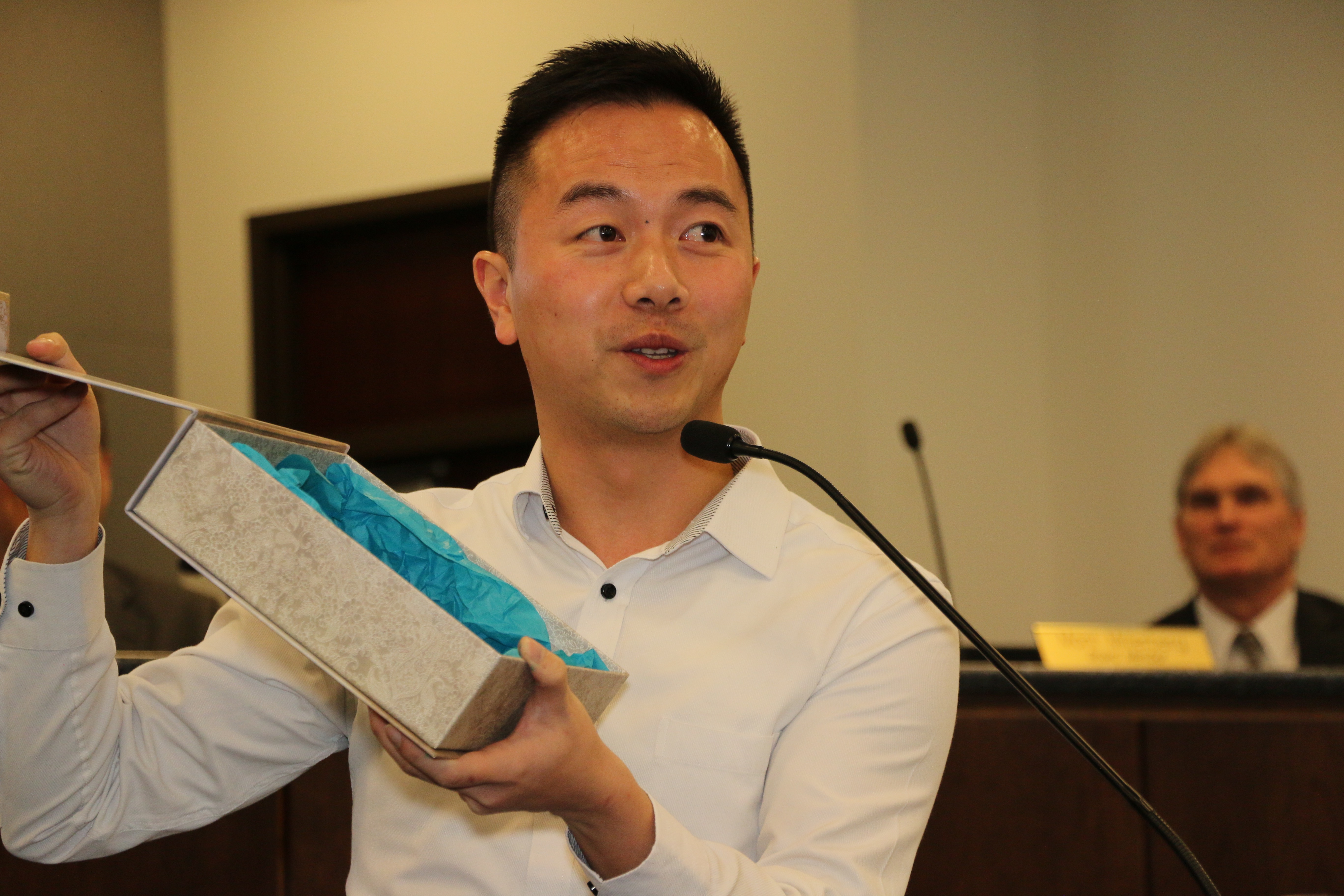 is my great honor to get this award!” You said in an email sent from China to his colleagues, friends and administrators in Canyons District after he received the award from Madam Liu Yandong, Vice Premier of the People’s Republic of China. “I know I can’t thank all of you enough!”

You received the award on Tuesday, Dec. 12, 2017, in Xi’An, China, as part of the 12th annual Confucius Institute Conference. He will remain out of the country until school resumes in January. The other four recipients of the award from the U.S. include two directors of the Confucius Institute, the president of Alabama A&M University and the president of Miami Dade College in Florida. Remarking on You’s contributions to the state’s immersion program, Utah Chinese Dual Language Immersion Director Stacy Lyon said the award is “well-deserved.”

Earlier this year, You was named the International Teacher of the Year by the Utah Foreign Association. As an involved educator who teaches 2nd grade Chinese immersion students by day and kung fu and tai chi after school, You has also been recognized as an Outstanding Educator by the Utah PTA and Star Teacher by the College Board.

He was chosen for his most recent award out of a pool of some 525 Confucius Institutes scattered through 146 countries in the world. The non-profit institution was established to promote Chinese language and culture in foreign countries, according to the Confucius Institute Headquarters website, English.hanban.org. The Individual Performance Excellence Award is one of the highest honors offered by the Institute.

“It’s a really big deal for the CI headquarters, and it’s a positive affirmation of what Yinyao has contributed to Draper elementary,” Shin Chi Fame Kao, Outreach Coordinator at the Confucius Institute at the University of Utah, said in an email informing Canyons of You’s award. “We are very proud of having him in our team and wish that he will continue to work for Utah in the future.”