From the early days of his career, when he worked as a social studies and math teacher, to his later years overseeing school districts in several states, Dr. Jim Briscoe had one common theme that followed him through: He was a builder.

From the moment he arrived in Canyons District, Briscoe started construction on community relationships, creating loops of communication to flesh out good ideas and move forward, and opening doors between parents and educators. He oversaw the completion of actual school buildings, and forged a path for innovative programs to take root and flourish in CSD. 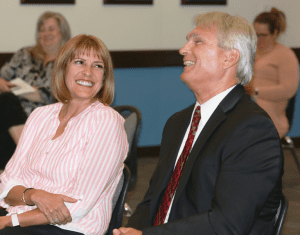 Since his first day at work on July 1, 2014, Briscoe has worked on building an environment where students and employees thrive, and Canyons has reached new heights.

“It’s important to me that every single person (in CSD) knows they are valued,” Briscoe said. “Maybe you’re the cook who prepares food for students, or maybe you are the bus driver who smiles when the kids get on the bus. Think of those moments, every day, think of the impact you have on those kids. If people feel connected, that they are doing something valuable to help us, it’s a good feeling. When you feel good, the kids feel good, and the parents feel good.”

Now that he is retiring after 38 years in education, six of which have been in Canyons School District, Canyons’ Board of Education took time on Tuesday, June 9 to recognize Briscoe’s contributions to the community. Under Briscoe’s leadership, Canyons District’s students have regularly outperformed their Utah peers on year-end tests, and scores have steadily risen. Canyons’ graduation rate has risen to an all-time high of 90 percent.

Other highlights of Briscoe’s six-year tenure include:

“People who are true educators are people who lead other people and teach them how to be leaders themselves,” said Board member Mont Millerberg. “The truly gifted educator is one who understands people who will retain what they taught and they will make it fun. Over the last 3 and a half years we’ve worked together we’ve probably had more fun than is allowed by law.”

While Briscoe excelled at building, he also worked to break down barriers that provide an obstacle to innovation. He saw problem-solving as a challenge that was best approached with maximum input from others.

“Jim has been a transformative leader and helped build a culture of trust with employees and parents alike,” said Board Vice President Amber Shill.  “He led by example. He respects the opinion of every employee and is a consensus builder. He his humble and quick to give praise to others. He doesn’t think his position puts him above anyone else and is willing to get in and help with any job.”

For his part, Briscoe says that when someone has a good idea, “my thoughts are, ‘Let’s try to make this work.’ And it’s usually about getting the right people around the table. You may not solve a problem, but if it’s a good idea, and it’s good for the community and good for kids, why not sit down and figure it out.”

Figuring out solutions is a skill that Briscoe expects will come in handy after his retirement takes effect on June 30, 2020. For the first time in his life, Briscoe says he is entering uncharted territory, one where he will wake up and not head in to the “best job in the world.”

As Briscoe describes it, experience has taught him that starting a new superintendent post is like jumping off a cliff. As he starts his retirement, he doesn’t know what is coming next, but he is ready to jump into the unknown. 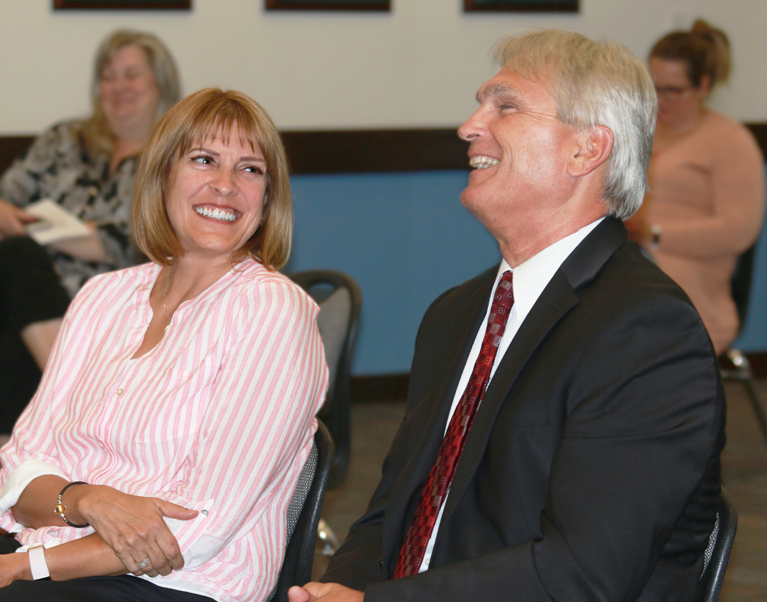