As a high school student competing against college students in a global computer programming contest, Brighton senior Kaitlyn Lowe didn’t think she really had a chance at winning.

Nevertheless, she really wanted the t-shirt promised to all those who completed all three parts of the IBM Master the Mainframe competition, so, after completing step one and two in her Computer Science and Programming class at the Canyons Technical Education Center (CTEC), she persevered to the end on her own.

To her surprise, in January, Kaitlyn discovered that she was chosen as a regional winner of the elite competition, representing the United States. Of the other eight regional winners chosen from throughout the world, only one is a high school student. The rest are graduate and undergraduate students from as far away as Japan and Algeria.

“My first thought was, ‘Is this a real email?’ ” Kaitlyn said in an interview. “I checked the email address and I was like, ‘Yes, this is real.’ And then I guess I just kind of freaked out and started running laps around the house.”

The IBM Master the Mainframe competition has three sets of complicated and challenging problems to solve. Each level is time-consuming, and requires an ability to identify problem areas and create solutions for computer programming issues, such as understanding how to make different operating systems connect and talk to each other. Some of the command lines date back to the 1960s, so participants need to be able to troubleshoot problems, navigate unfamiliar systems and propose creative solutions.

In the history of Cody Henrichsen’s Computer Science and Programming class at CTEC, this is the first time that one of his students has scored higher than in the top 20 in the world. Henrichsen regularly has his students complete the first and second part of the competition for coursework. Few choose to complete the third part on their own, and even fewer receive such a high ranking.

“I’m extremely proud,” Henrichsen said. “(Kaitlyn) did an amazing job. She helped other students as well and figured out how to help them. She did everything on her own.”

When it comes to computers, Kaitlyn is more than able to tackle challenges on her own. Nobody in her immediate family has a history with computer programming, but Kaitlyn has always had an interest in science, says her mother, Christie Lowe. She built the family’s home computer with her father, then built another for herself.

“We don’t know where this came from,” Christie Lowe says. “She is super smart. She just found the interest and followed it.”

As a winner of the competition, Kaitlyn was planning to attend networking conventions and other gatherings sponsored by IBM, but those plans have been put on hold. In the meantime, she plans to attend the University of Utah in the fall and study game development. As for the t-shirt — the reason she entered the competition in the first place — Kaitlyn is still waiting for it to arrive in the mail. 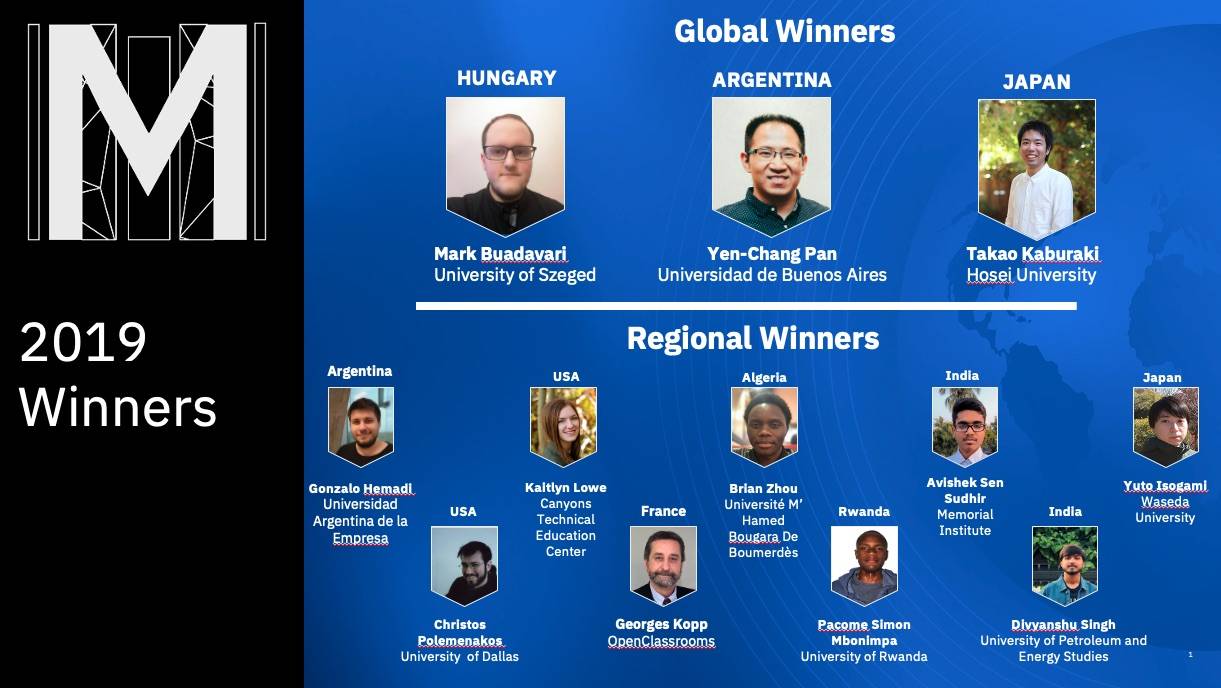