Many of the negative events of 2020 can be blamed on the global pandemic, but in Canyons School District, COVID-19 has also been the source of a little bit of good.

Actually, for Canyons Education Foundation Development Officer Denise Haycock, donations of school supplies, clothing, backpacks and more have been the source of a lot of good. Through positive relationships with generous business leaders in the community, Canyons usually receives helpful donations of some kind throughout the year, but never to this scope and size. The twist is, the donations became available because of the sudden onset of COVID-19 and subsequently altered plans.

“The good that it’s done — we’ve helped so many people in the District,” Haycock said. “It was truly amazing.”

Earlier this school year, several businesses reached out to Haycock to offer goods they held in surplus for a range of reasons. Students didn’t know if they would return to school or not, so school supplies stayed on the shelves at Walmart. In the spring, shortly after schools were placed on a soft closure, typical family events around Easter time were canceled, so the inventory of Spring clothing stayed on the racks at Macy’s long after they would have normally be purchased. Costco had more backpacks than usual, and DoTerra had hundreds of bags leftover from a postponed convention.

In all, Canyons received nine pallets of supplies from several Walmart stores, adding up to close to $15,000 in goods, including binders, art supplies, lunch boxes, notebooks and more. Walmart also donated three pallets of Halloween costumes and theatrical makeup. Costco donated 800 backpacks, compared to its normal donation of 400. Macy’s donated ballgowns and children’s Spring dress clothing. The items filled an entire room at the former Crescent View Middle School, like a store of its own where the goods inside were free.

The wave of goodwill couldn’t have come at a better time as schools throughout the District mobilize to help families who have suffered health and economic harms as a result of the pandemic. More than 29 schools sponsored holiday charitable efforts in response to increased demand for assistance. Many of the Foundation’s clothing donations were distributed to refugee families. Items were also placed online for an employee auction to raise money to help students experiencing homelessness and in need of mental health services.

“There are many families I’m hearing from this year that I have not in previous years. Reliance on our school food bank has grown by about 58 percent, and we sent students home for Winter Recess with double the usual number of grocery bags filled with food, toiletries, and cleaning supplies,” said Shelley McCall, a Community Schools Coordinator at East Midvale Elementary. “The need is more substantial and widespread.”

Canyons District schools also have benefitted from the outpouring of support. Major donations from the Draper City and the Township of White City have made it possible to more quickly distribute live-streaming kits to classrooms throughout the District. In-kind donations also have been used to help teachers who would have used their personal funds to purchase school supplies for their students.

“It saves money for my department, said Early Childhood Programs Administrator Terri Mitchell. “I think we saved at least a couple thousand dollars. To be able to have some of that access to things that we normally wouldn’t, benefitted us in a way that we can reallocate funds to different items. We are really grateful.”

Haycock wasn’t alone in sorting through the massive donation. She received help from several special helpers, including a group of bus drivers who used their Fridays to come volunteer to organize the goods because they were not needed to drive their bus routes. The group spent hours cataloging items and sorting them for distribution. Individual families stepped up to purchase holiday gifts for children in need.

“It has been humbling to see so many acts of hope in the face of uncertainty,” Haycock said. “Everywhere I look, I see people of all ages coming together in a show of resiliency and strength in the human spirit. It’s something to behold and celebrate, now and as we look to brighter days ahead.” 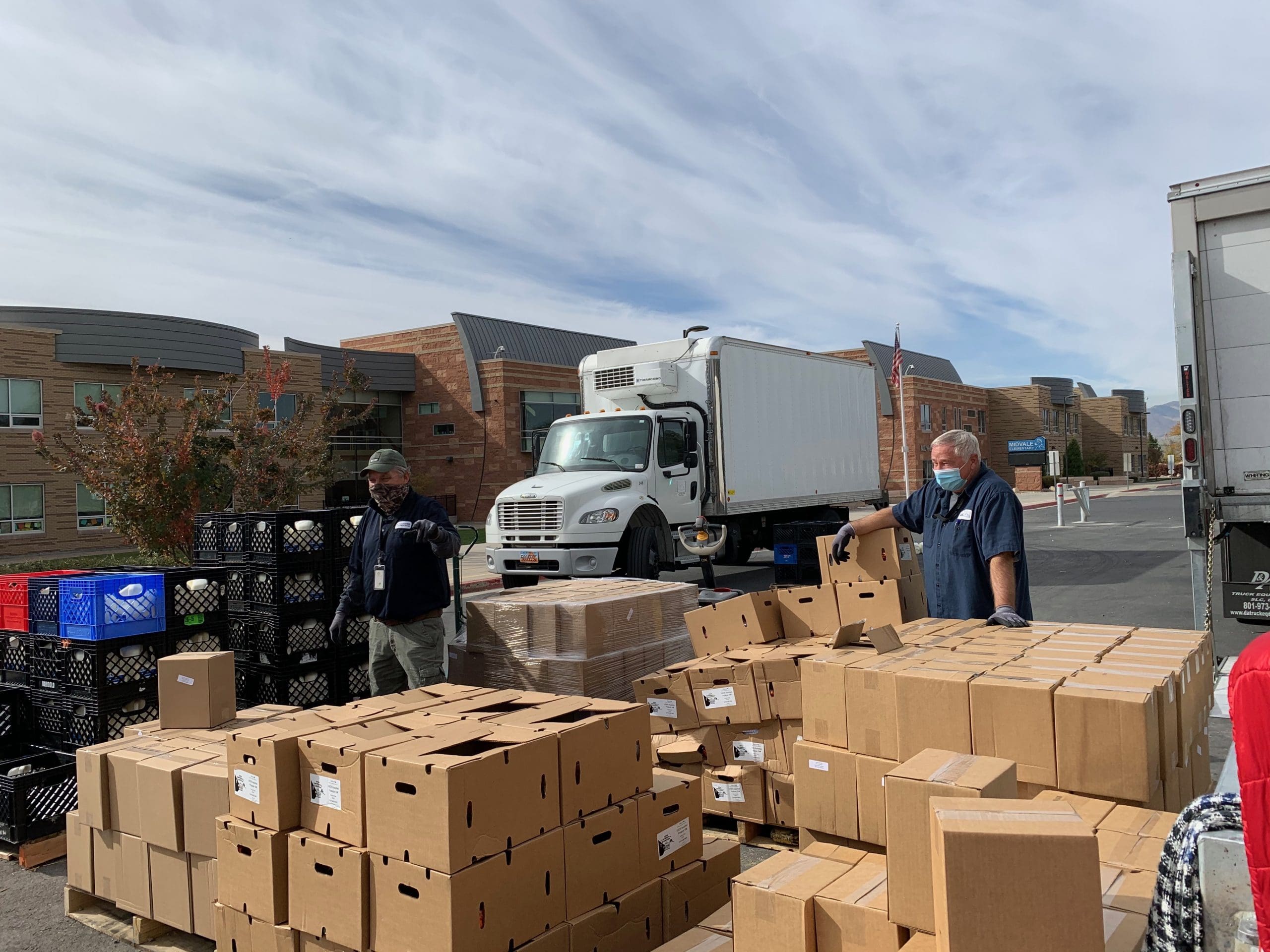