There’s a lot to be excited about with the construction of a new Union Middle School.

The pièce de résistance, however, might be found where the current building will stand for two more school years. A Ninja Warrior playground, loaded with obstacles and a small climbing wall, will be built on large playfields that will be replanted to the west of the new building.

“Where was that when we were kids?” joked Canyons Superintendent Dr. Rick Robins during an April 22 groundbreaking to celebrate the start of the Union Middle rebuild.

The entire school will be full of wow factors. To name some highlights:

Union Middle has a  proud past — some of which have been chronicled in a historical musical about the school by alumnus and groundbreaking participant Joyce Wilson. But the future is full of excitement, wonder and boundless educational opportunities for students who’ll have the fortune of attending the new home of the Bobcats.

“It’s exciting to think that in just a few years from now, we’ll be in our new school,” Union Middle Principal Kelly Tauteoli said in her speech. “We’re going to be so proud of this new addition to the Canyons District community. We promise you that it will be a community of educational integrity, a community of imagination and problem solvers, a community of hope.”

Mont Millerberg, who represents schools in this area on the Canyons Board of Education, said Union Middle has a special place in his heart and home. Two of his children were Bobcats. His wife, Kris, taught there, and they both served on the school’s Community Council.

“This old building holds a lot of memories,” Millerberg said. “But to me it’s just brick and mortar. I feel privileged to take part in the process to remake it. It’s going to be a beautiful building, a bold addition to the neighborhood.”

In a touching twist, Millerberg suggested from the temporary podium outside of the school that students attending this groundbreaking be the first ones to turn the dirt with the traditional gold-colored shovels. Dignitaries, school administrators, teachers, PTA members and alumni then got a chance to dig up a memory while ceremoniously starting the construction process.

“I think it’s going to be really great and it’s going to look really cool,” said sixth-grader Cora McIllece, who’s one of the Union Middle Student Ambassadors. “My dad also went to this school, which is pretty cool. But I think it will be even nicer because it will be bigger and better. He’s pretty excited, too.”

McIllece said it’s been fun to see what the new school will look like based on sketches that have been placed around the school for student awareness. The thing she thinks will be the best upgrade?

“A bigger cafeteria,” she said.

Fellow sixth-grader Andrew Shupe is equally excited even though his class will actually be freshmen and moving on to the new Hillcrest High down the street when the Union Middle project is completed in the Fall of 2023.

“I have never gotten a new school,” he said. “It’s going to be insane to see how much Union will have changed and seeing how cool the new high school will be, Hillcrest. I’m very excited about the future.”

One of the sweet moments of the ceremony happened when Dr. Robins thanked Wilson for journaling the history of the Union Middle community, even including tidbits in his speech from the musical she authored.

The new Union Middle improvement project is possible thanks to a November 2017 tax-rate-neutral bond that was passed by the community. It’s among a handful of school rebuilds in the vicinity since 2010, also including: Midvale Elementary, Midvale Middle, Midvalley Elementary, Peruvian Park (2022 finish) and Hillcrest High (2021 finish). 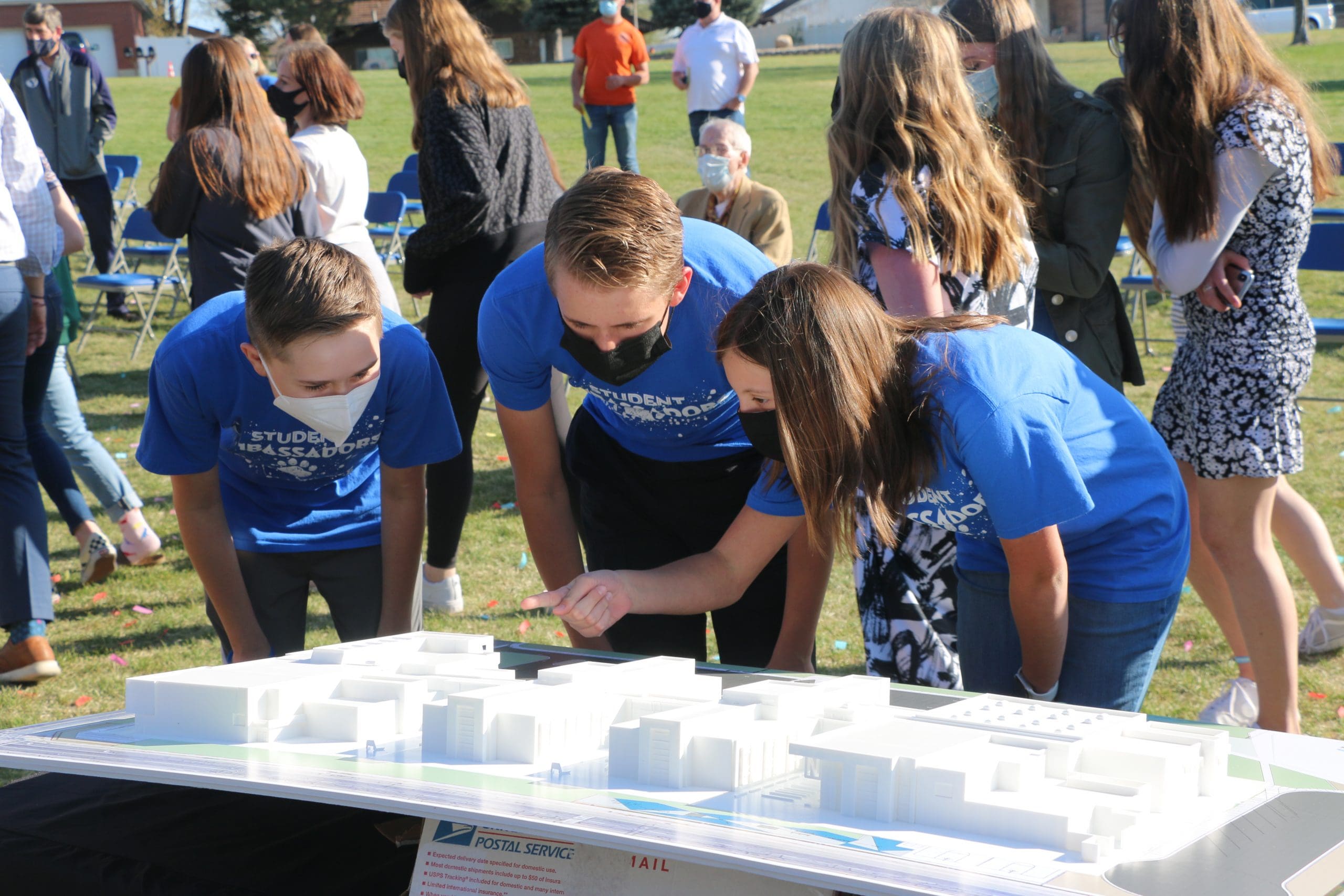 Students Get Look At Careers During Job Shadow Day