The multi-story rebuild of Brighton High is one step closer to being finished with the placement of the final steel beams girding the new school.

A small crowd of construction workers and Canyons District officials gathered at the Cottonwood Heights-area school on Monday, Feb. 22, 2021 to cheer the major milestone in the construction timeline. Applause lifted above the clank and whir of the ongoing construction when workers locked the orange-painted beam into place with large machinery.

Brighton’s new school, which rises high against the backdrop of Utah’s towering, snow-capped mountains, is expected to be completed in time for the start of school in fall 2021. Crews have been working on the reconstruction since fall 2018.

At the 10 a.m. event on Monday, Canyons officials, including Board of Education President Nancy Tingey, Vice President Amber Shill and Superintendent Dr. Rick Robins, used black markers to sign all sides of the thick girder. While the signatures will go unseen, it was a nod to the contributions of so many in the community to see the project to completion.

The new school ushers in a bright new era for Brighton High, says Tingey. Countless hours have been spent designing the new seismically safe and energy-efficient school, which will feature plenty of natural light and high ceilings. The MHTN Architect-designed project has been rebuilt in phases, with school being held on campus at the same time the new buildings were being erected.

“This was an exciting and historic day for the Brighton High School community. For more than five decades, Brighton High has proudly welcomed thousands of students who have reached for their dreams through education,” Tingey said. “The new Brighton High will be the product of countless hours of hard work by architects, contractors, and district specialists who are committed to building safe and welcoming learning environments, We have no doubt the new home of the Bengals will inspire the future generations of students to carry forward Brighton’s tradition of excellence.”

Tingey noted the depth of support — and community engagement — for the project. Parents on the School Community Council provided input to architects on the design, and teachers and staff also weighed in with their ideas. Students have maintained a positive attitude, with an eye toward the future, as they’ve attended school around the construction site.

Brighton’s new school, which will replace the 51-year-old building that now houses some 2,300 students, is funded with proceeds from the $283 million bond approved by voters in 2017.

Workers have already completed Brighton’s new auditorium and Arts and Technical Center. Those facilities are being utilized by students and faculty. 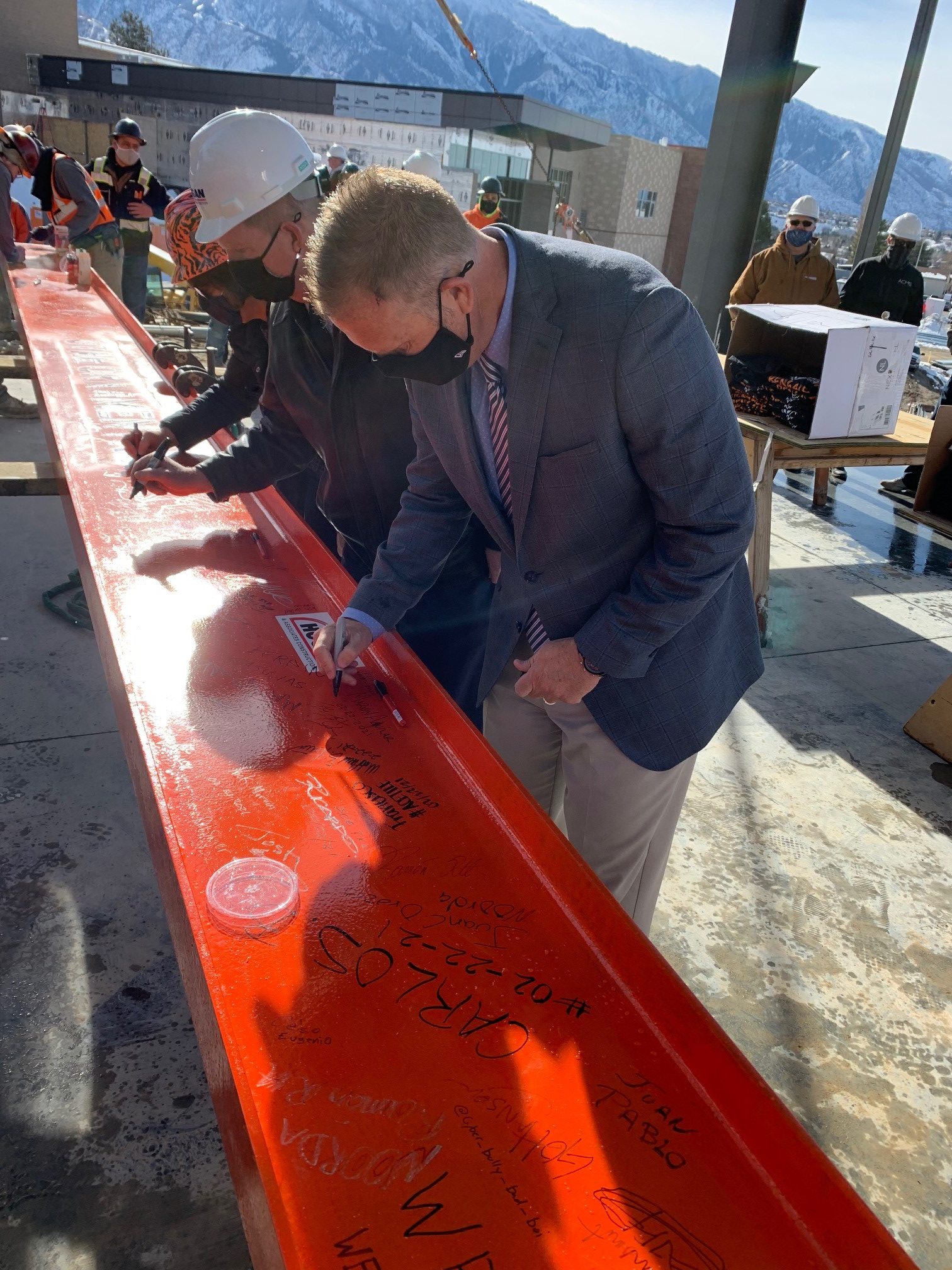