Brighton’s Georgia Raddon, Jordan’s Nicole Brooks and Hillcrest’s Sarah Turpin each received the Juror’s Award of Merit for their entries into the 45th annual art show. The highly competitive exhibition features entries from high school juniors and seniors throughout Utah. Raddon and Brooks will receive a cash prize and special recognition at the Utah State Capitol on Feb. 22 for their entries.

Raddon’s AP Arts teacher required all 30 of her students to prepare entries to the contest, from which she selected four pieces of art to submit to the museum. After two of Raddon’s photographs were chosen to comprise Brighton’s four entries, the senior was surprised. When she won an award for her photo called “Pink Haze,” she was shocked.

“I wasn’t even really aware there were awards, and so when my teacher told me, I was like, ‘Really?’ ” Raddon said. “I was really excited.”

Raddon has always had an interest in photography, but she never considered herself to be very good, she says. She enrolled in an AP arts class to gain more experience  and the class inspired her to pursue the arts as a career after she completes college. Raddon already has a scholarship and plans to attend the School of Visual Arts in Manhatta 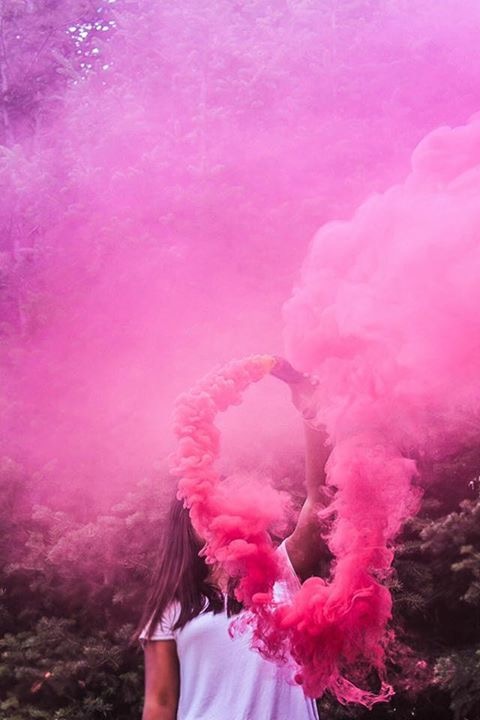 n to study photography after she graduates this year. Her love of art stems from her desire to share her perspective with others.

“I like that I can help the world, or the people around me see the world that I see,” Raddon says. “I feel like I have a very different view or perspective of the things around me, and I think a lot of people don’t see that. So when I’m able to share that with people, it just makes me really happy.”

Nicole Brooks submitted artwork in last year’s art show at the Springville museum, as well as this year, which is an accomplishment of itself, the junior says.

“I wasn’t even expecting to have my piece get in, so it was a really sweet surprise to have it picked for an award,” Brooks sa 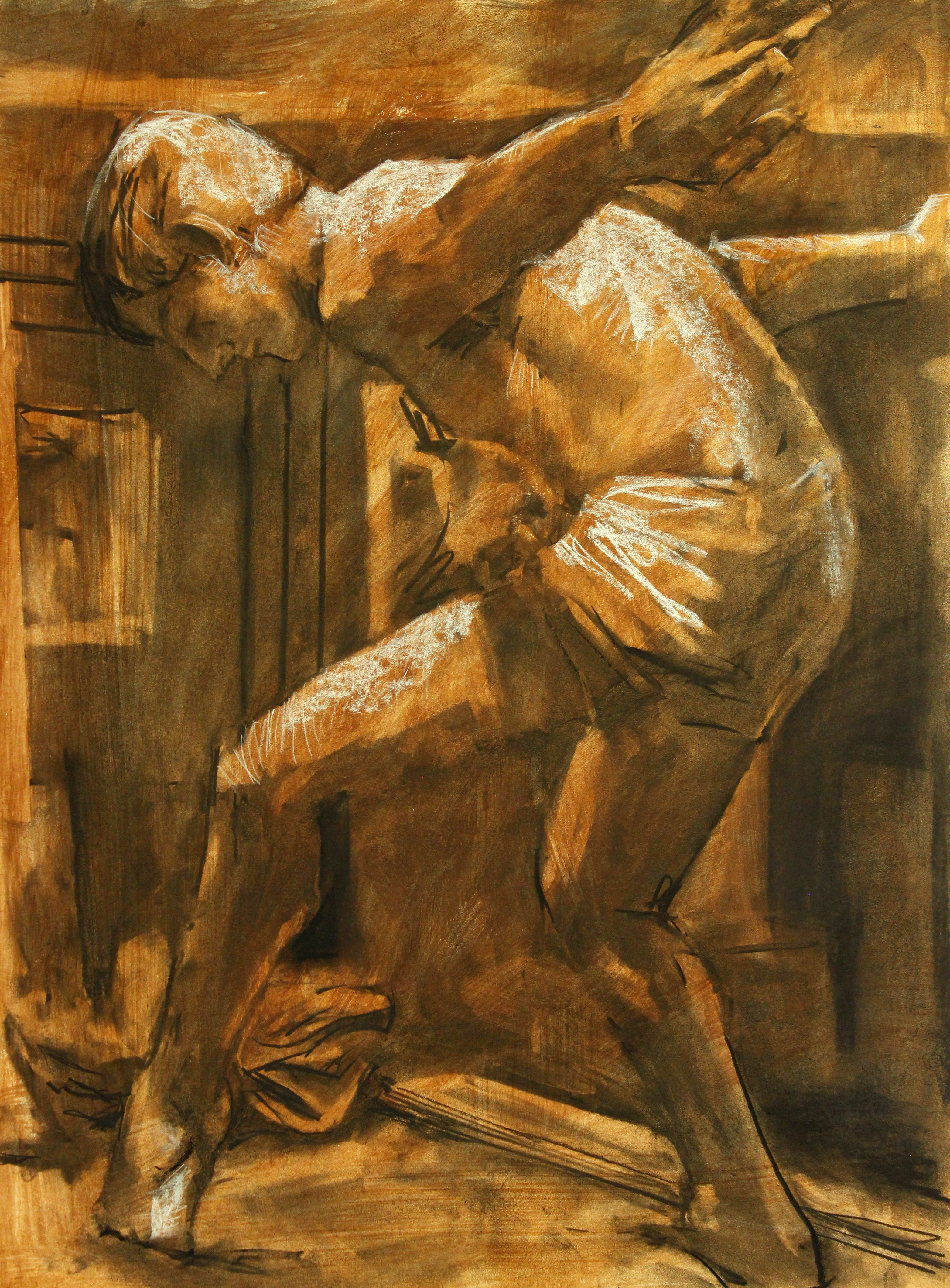 Her motivation for her charcoal sketch of a human form came from her desire to share a story with others. Brooks participates in the Robotics Club at Jordan in her free time, and she decided this year to include an inner narrative with each piece she creates.

Over the summer, Brooks took an art class that featured a ballet dancer who held different poses for the students to photograph. One of his poses inspired Brooks, who drew the form with the story of Icarus in mind.

“I thought of telling the story of Icarus when I did it,” Brooks says. “But I’d also like people to see it and come up with their own stories to go with it.”

Sarah Turpin’s art evokes a feeling or mood. Her watercolor and pen recreation of downtown Salt Lake captures a typical winter day  slightly overcast, no leaves on the trees, a little grey  but seeing the town throughTurpin’s eyes makes it appear magical. Under the grey, there’s a band of light. There’s movement, life and energy.

“I’ve done (watercolor) for most of my life,” Turpin said. “I didn’t start doing it a lot until I was in 8th grade, but I’ve always loved it.”

This is the second award Turpin has won at the Springville art show in as many years, but she was still surprised to receive the recognition. Aside from her love of art, Turpin also likes theater, her English classes and serving others. She spends an hour or two every Thursday helping people in the community who have special needs. “That pretty much sums me up,” Turpin says.

With her Springville creation under her belt, Turpin has already moved on to other artistic projects. She is currently rehearsing to perform as a member of the court and a student in Hillcrest’s production of Hamlet on March 17-20, and working on a series of 12 portraits for an AP class assignment. 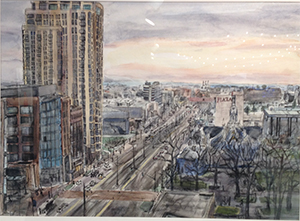 As part of the class curriculum, students create a portfolio of work, including a concentration project. For her undertaking, Turpin selected 12 refugees whom she interviewed and photographed. The project might not win any awards, but Turpin hopes it will touch the hearts of her subjects.

“I’m looking at their pictures and I’m making oil paintings of them,” Turpin says. “I wanted to do a project for them, because I’m giving them the portraits once I’m finished.”

Peruvian Park Student’s Doodle Could Be Featured on Google