What if California were to secede from the United States? Is a Brexit-style “Calexit” even legal? And how might the state’s departure, and the loss of its 55 electoral votes, influence future presidential elections? It’s this last question that piqued the curiosity of Brighton High sophomore Jenna Rupper  and that impressed the judges of Canyons District’s 2017 Science and Engineering Fair.

Rupper is among 110 finalists chosen from a field of about 300 to represent CSD at the Salt Lake Regional and Engineering Fair in March where she’ll compete for tens-of-thousands of dollars in college scholarships. If judges there are equally impressed with her data modeling project exploring the political ramifications of a Calexit, she’ll join a select number of students to advance to the International Science and Engineering Fair.

Like most scientific inquiries, Rupper’s started with a question drawn from observation or experience  in her case, from current affairs. Her favorite school subjects have always been math and science, but over the past few years she’s been intrigued by politics, particularly the data-driven journalism and opinion poll analyses produced by the blogging platform, FiveThirtyEight. “An independent group in California has been talking about withdrawing from the Union, so I looked at past presidential elections dating back to 1992 to see how they might have gone if California wasn’t part of the U.S.” 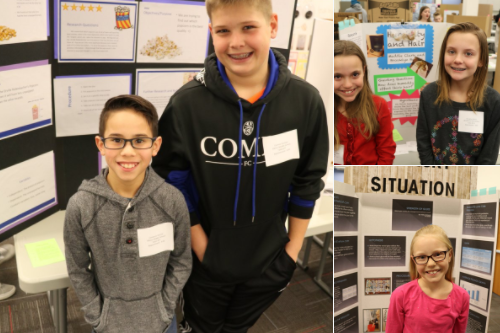 Because California has more electoral votes than any other state, and has historically supported Democratic candidates, Rupper hypothesized that it’s absence would tip the balance of votes in favor of Republican Presidents. Using historical U.S. Census data and the University of Michigan’s Electoral College calculator, she re-calculated election results with California out of the equation.

Her data modeling produced an average 3 percent shift in electoral votes  not enough to flip any of the Presidential races. “California’s secession could still influence Congressional races and the balance of power in Congress, and it could have economic consequences for the country,” Rupper said. “But concerns about a Presidential shift in power might be overstated.”

If Rupper had more time, she says she’d like to re-run the data to test what would happen if electoral votes were apportioned the same way as Congressional seats.

The Salt Lake Valley Science and Engineering Fair will be held March 21-23, 2017 at the University of Utah’s Rice Eccles Stadium. The awards ceremony will be held March 24 at Olympus High School 4055 S 2300 E, Holladay, UT 84124. Here is a full list of CSD’s 70 elementary division and 40 junior and senior division finalists:

Connect Canyons Episode 9: Be a Hero, Support Your Neighborhood School by Substitute Teaching