Anywhere else, if someone cried, “rain storm,” all eyes would scan the horizon for foreboding clouds. But at Midvale Elementary, it’s a call-and-response technique to get chatty students to snap to attention. Upon hearing those words, students stop what they’re doing and vocalize a “whoosh” sound while motioning their hands to signify water coming downand suddenly all is quiet.

The widespread use of such attention-getters is the mark of Playworks Utah, a non-profit that uses power of play to help schools cultivate safe, healthy and productive learning environments. The organization has a growing presence in Utah and a goal of reaching half the state’s school-age children by 2020, says its Executive Director Christopher Conrad.

Currently, 35 of the state’s schools benefit from some level of Playworks programming or training. Canyons is unique in that has deployed Playworks at every one of its elementary schools, including Midvale Elementary where on Thursday, Larry Miller Charities presented Playworks with a $10,000 donation. The employee and corporate giving arm of Larry Miller Group donated more than $1 million last year to charitable causes in seven states with most of that money coming to Utah, says Jay Francis, Executive Vice President of Corporate Affairs and Miller Family Philanthropy.

The money will support Playworks programs, which use play as a force for learning. Something as simple as a game of four-square can teach kids the social and behavioral skills needed to follow rules, set goals, learn from failure, manage tough emotions, and resolve conflict. An impromptu game of ro-sham-bo, or rock-paper-scissors, can stop a playground argument from escalating to the point of requiring a teacher or the principal to intervene, says Midvale Principal Chip Watts who credits Playworks’ influence for an 80 percent drop in office referrals at his school from 2014 to 2016.

Freeing teachers from having to manage social and behavioral issues allows them to spend more of their precious classroom time on academics, he said. Playworks also builds leadership skills by recruiting fourth and fifth grade students to serve as “junior coaches” who promote fair play during recess and strive to ensure that everyone feels included. 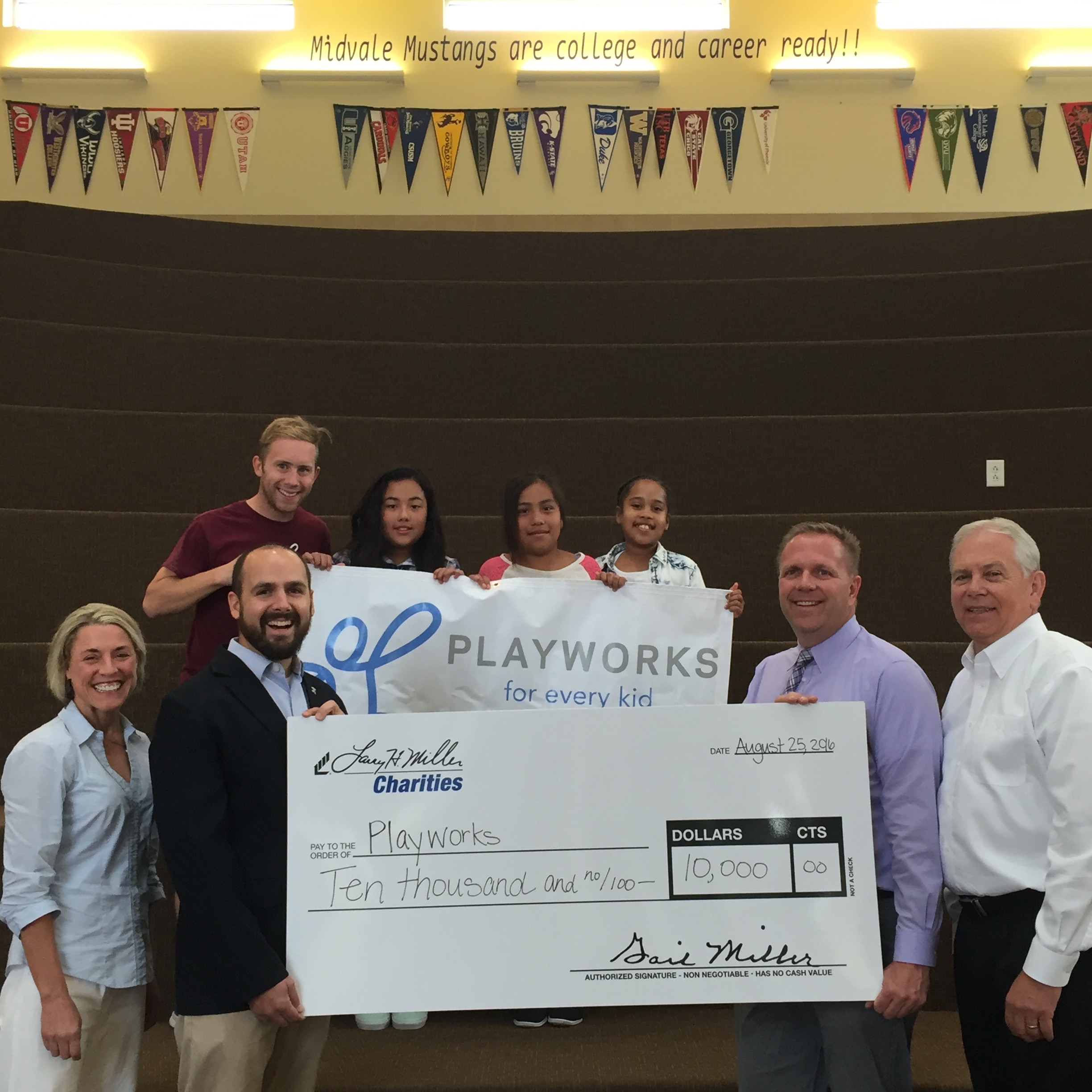 Canyons Athletes in the News