Kierstin Draper was standing outside Canyon View Elementary’s Main Office when her walkie-talkie crackled to life with news of an immediate threat requiring the school to be placed on lockdown.

Class was in session, and most students were already in their classrooms where teachers calmly sprang into action, locking doors, turning off lights, and directing students to silently move away from the door and any windows.

Working with the school’s Resource Officer, Draper’s next course of action was to confirm that the school was secure and her students and employees were accounted for and safe. Fortunately, in this instance, the lockdown was merely an exerciseand she had at her disposal, the DIR-S app, which enabled her to perform a full sweep of the school in under two minutes. “We knew this was a drill, but just going through the exercise gets your heart pumping,” Draper says. 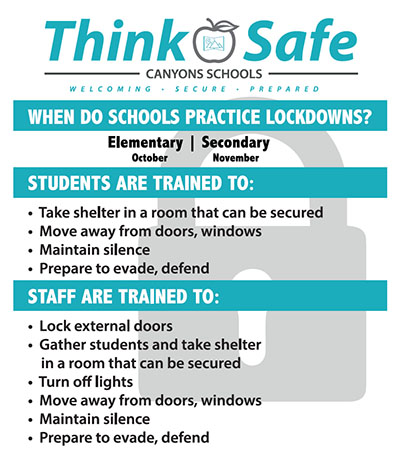 Created by the Utah-based Tresit Group, the apppronounced “duress”was pilot-tested by Canyon View last year, and is now being implemented in all Canyons District schools. With a push of a button, it allows teachers and staff members to give an immediate update on their status through a mobile device or computer, providing everyone, including administrators and law enforcement officers, with the real-time information needed to ascertain the source and location of a threat.

“The app speeds communication and allows everyone to be on the same page and working in lockstep to safeguard the school. It has provided my teachers with real peace-of-mind,” Draper says.

Improved communication is exactly why Tresit Group created DIR-S, which stands for Disaster Incident Response and Security. “During an emergency, 911 dispatchers often receive conflicting reports, which can sow confusion and slow emergency responders, who are sometimes coming from multiple jurisdictions and agencies,” says Preston Keller, the company’s Vice President of Sales and Marketing. “This alleviates all of that.”

In a real life-threatening scenario, having immediate access to on-the-ground reports aids law enforcement in more quickly containing and investigating threats. It also provides teachers with the knowledge they need to make life-saving decisions in fluid situations.

When responding to an active threat, such as an intruder, Canyons employees are trained in the ESCAPE method, which entails taking the best course of action based on the circumstances of the moment. During a lockdown, the wisest choice, given a person’s proximity to the intruder, might be to evacuate the building or confront the intruder.

“DIR-S helps to more quickly and accurately inform those decisions,” explains CSD Risk Manager Kevin Ray. “It’s one of the many ways, as we review and update our safety protocols, that we’re adapting to the evolving nature of threats.”

The app is equally valuable for responding to other emergencies, from fire drills and bomb threats to catastrophic disasters such as an earthquake, Draper says. “Knowledge is power and DIR-S puts that power in the hands of those who need it most when they need it most.”

CSD Foundation To Give $8,500 In Scholarships at Gala