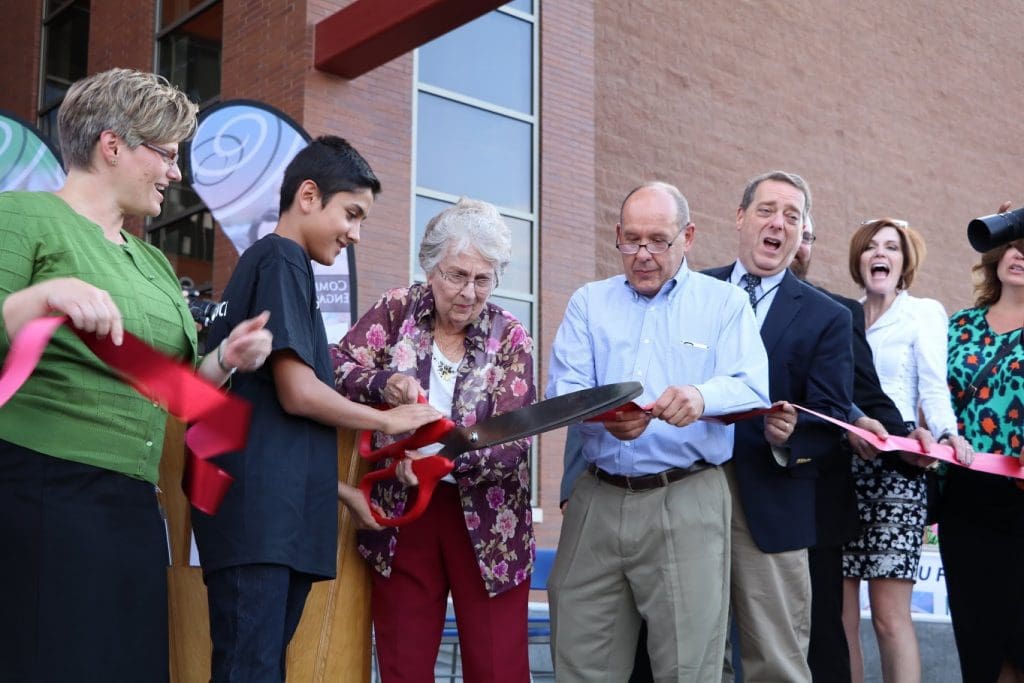 As mayor of Midvale, JoAnn Seghini had one particular picture on her wall that gave her inspiration when she needed to make difficult decisions. It was a photo of a diverse group of children, cheerfully smiling at the camera, full of promise.

These were the faces she considered when she led Midvale’s effort to join the coalition of cities that combined to ultimately create Canyons School District in 2009, and it was their future that she kept at the forefront of her thoughts even after she left office after serving as mayor for nearly 20 years. In honor of her death on Friday, June 19, 2020, Canyons is remembering Dr. Seghini, 82, and the formative impact she had on shaping where the District is today.

Dr. Seghini’s dedication to education began long before she stepped foot into Midvale City Hall. She worked as a teacher and administrator for Jordan School District for 36 years before retiring as an Assistant Superintendent of Instruction. In 2007, after the cities of Sandy and Cottonwood Heights conducted a feasibility study into the possibility of creating a new school district that would include Midvale, Draper and the town of Alta, Seghini was faced with a difficult choice: pursue creating a new school district that would remove Midvale’s schools from Jordan School District, or do nothing, and face potential school closures in her city.

“That would have just absolutely not worked at all,” Seghini said. “So with tears in my eyes, I said, ‘You know, I’ve got to go with the other cities because I don’t want my people to be shipped out just because I didn’t have the courage to do what was going to be right for the people of this community.’ ”

As mayor, Dr. Seghini met weekly with her fellow mayors to begin establishing the groundwork that would ultimately become Canyons School District, until a Board of Education was formed. She poured hours into the process, working to help build an education system that worked hand-in-hand with municipalities, promoting community engagement and emphasizing a reduction in the student achievement gap. She was particularly concerned about the school buildings in Midvale, and hoped to see them improved and fortified as essential components of the community as the new District moved forward.

Within two years of the creation of Canyons, Midvale Elementary was completely rebuilt. With the community support of two school-improvement bonds in 2010 and 2017, nearly every Midvale-area school has been improved or is on the list of schools to undergo remodeling, reconstruction or renovation. Dr. Seghini was at each ground-breaking and celebratory opening of the schools, holding a giant pair of scissors to snip the symbolic red ribbon with a grin, and sometimes a tear or two.

“We’ve got better classrooms for teachers,” Seghini has said about the changes she has seen since Canyons was created. “We have the ability to have the technology that we need to have in this society. I see our kids being better prepared, able to deal with technology, and use it as a tool.”

In 2017, Dr. Seghini received Canyons District’s top honor, the Apex Legacy Award, for her work in establishing Canyons as a district of distinction that values all voices of the community, where every student is given the opportunity to become college-and career-ready. In 2011, she also received CSD’s Apex Award for Elected Official of the Year.

“I think the thing that changed for the better, more than anything else, was the whole program of getting kids to focus on graduating from high school and going on to college,” Seghini said. “Our rate of kids who are graduating and are going on to post high school education, whether it’s a trades or college or wherever it is, is tremendously increased.”

On Saturday, June 20, the Canyons Board of Education and Administration released a statement lauding Dr. Seghini’s contributions to Canyons District and beyond.

“Dr. Seghini will forever be remembered as a true friend to Canyons District, which was formed after she joined with other mayors in the southeast part of the Salt Lake Valley to study the feasibility of starting a new school district encompassing Midvale, Draper, Cottonwood Heights, Sandy and the town of Alta. That effort resulted in a successful 2007 ballot proposal creating Canyons. Her support of Canyons District was evident as Dr. Seghini led her city in voicing support for two school-improvement bonds that have funded reconstruction or major renovation projects at nearly every Midvale-area school since 2010,” reads the statement.

“A fierce advocate of public education, Dr. Seghini was steadfast in her care and concern for school children in her beloved city, and we will greatly miss her presence at the many activities and events she attended in support of students in Canyons schools. As our partner in the education of Midvale children, she was direct yet kind, tenacious yet gracious, resolute yet respectful. Indeed, she was an invaluable leader as the foundation of our District was built, and we are grateful for her many contributions. We will honor her memory by continuing this noble endeavor of providing a high-quality education to every child who attends school in Canyons District.” 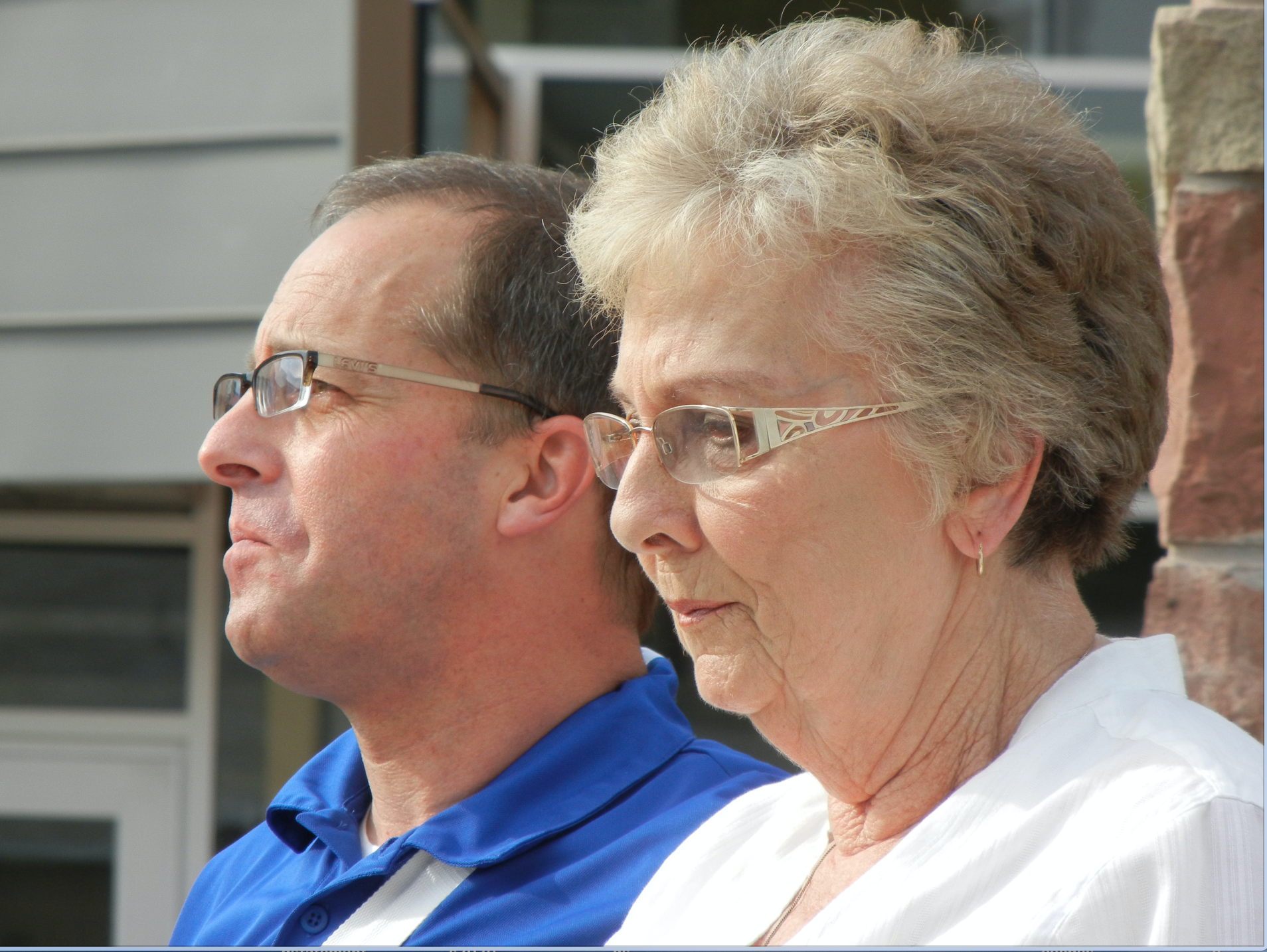