Five Eastmont Middle students received a surprise message this week from Albus Dumbledore requesting “the pleasure” of their company in the library after school.

Their mission, according to the headmaster, was to solve 40 puzzles to unlock hidden Horcruxes and Hallows and defeat “He Who Shall Not Be Named.” The fivesome donned wizard robes and sequestered themselves in an elaborately-designed broom closet where, by working together and drawing upon the knowledge of concepts they’ve learned throughout the school year, they followed a trail of clues to save Hogwarts  no spells or charms necessary.

Eastmont Middle’s Harry Potter-themed escape room, which debuted this week to an enthusiastic group of Potter fans, is the brainchild of English teacher Anna Alger and history teacher Richard Mellor. It took Mellor more than 300 weekend and holiday hours to design all the mind-bending puzzles and retrofit one of the school’s empty supply closets with flickering candles, wood flooring, hand-sculpted “rock” walls made of foam insulation, and clever artifacts. 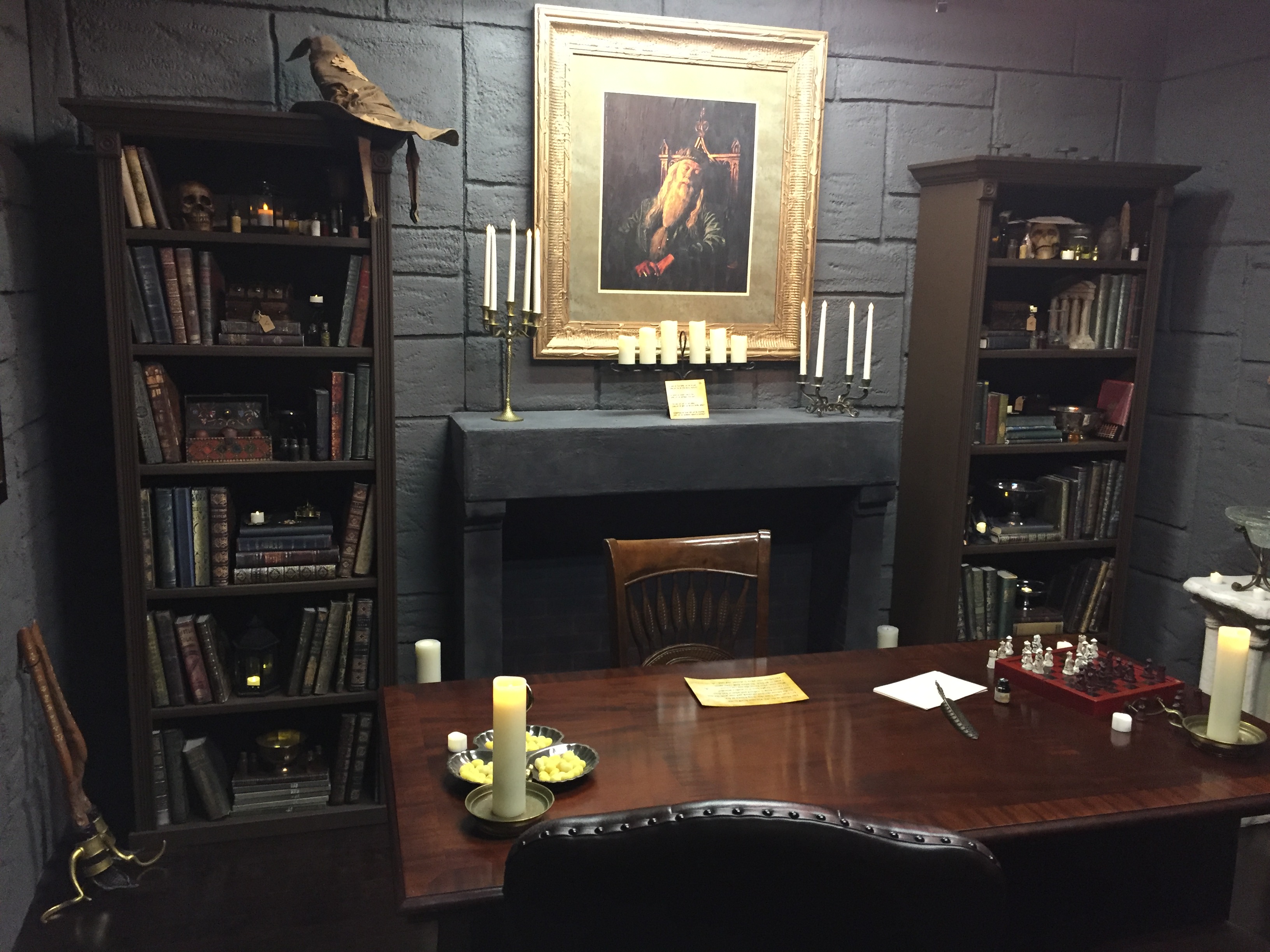 It was a labor of love undertaken with the singular goal of bringing a little wonder and magic back to learning. “We just wanted a fun, interactive experience where students could apply what they’ve learned in a different way,” Mellor says.

Game-based learning, or the “gamification” of education, is taking hold in classrooms across the country. Typically, the strategy involves deploying computerized tools or education-related videogames as a means to capture students’ interest. Nearly one-third of high school students play three or more hours of videogames a day, so why not leverage gaming principles for teaching and learning?

Whether gamification works to sustain student engagement is a matter of some debate. But Mellor’s motivation was more practical than theoretical. He was looking for a fun way to keep kids challenged, and in so doing, discovered that games don’t have to be high-tech to spark the imagination.

“The escape room is decidedly low-tech,” he says. “The students have to work by candlelight (battery operated), and there are no calculators to assist them in solving long-division problems. They have to use feather quills instead of pens to work through problems on paper.”

Mellor and Alger financed the project with a Donors Choose grant through the Chevron Fuel Your School program. “I’ve written many grants for books or STEM supplies, but Fuel Your School is the one grant where you can ask for funding for weird thing like wizard wands, potion bottes, and replica quidditch sets,” Mellor says.

He’s an unabashed Potter fan, but the escape room is rooted in the curriculum, not fantasy. The first group of students to enter took nearly two hours to complete all the tasks before enjoying a celebratory treat of “butterbeers,” or cream soda floats.

Mellor has since paired back the puzzles, but says, “it was fun to watch their excitement, and to see them work as teams” to solve anagrams and riddles, and to mix bubbling potions and translate hieroglyphic messages.

One of the biggest benefits of game-based learning, he says, is that it frees students to take charge of their learning and teaches them to push past failure as part of the process. “It’s truly independent learning,” Mellor says. “So much of what we do in class is guided learning. But with games, students have to figure it out themselves and rely on each other.”

Students are cuing up to give the escape room a try after school. Eventually, Eastmont will open it up to public use, free of charge. Interested families or youth groups will need to reserve a spot in advance by emailing Mellor at Richard.mellor@canyonsdistrict.org.

Soon, Mellor may undertake a second CSI escape room where students are tasked with solving crimes. 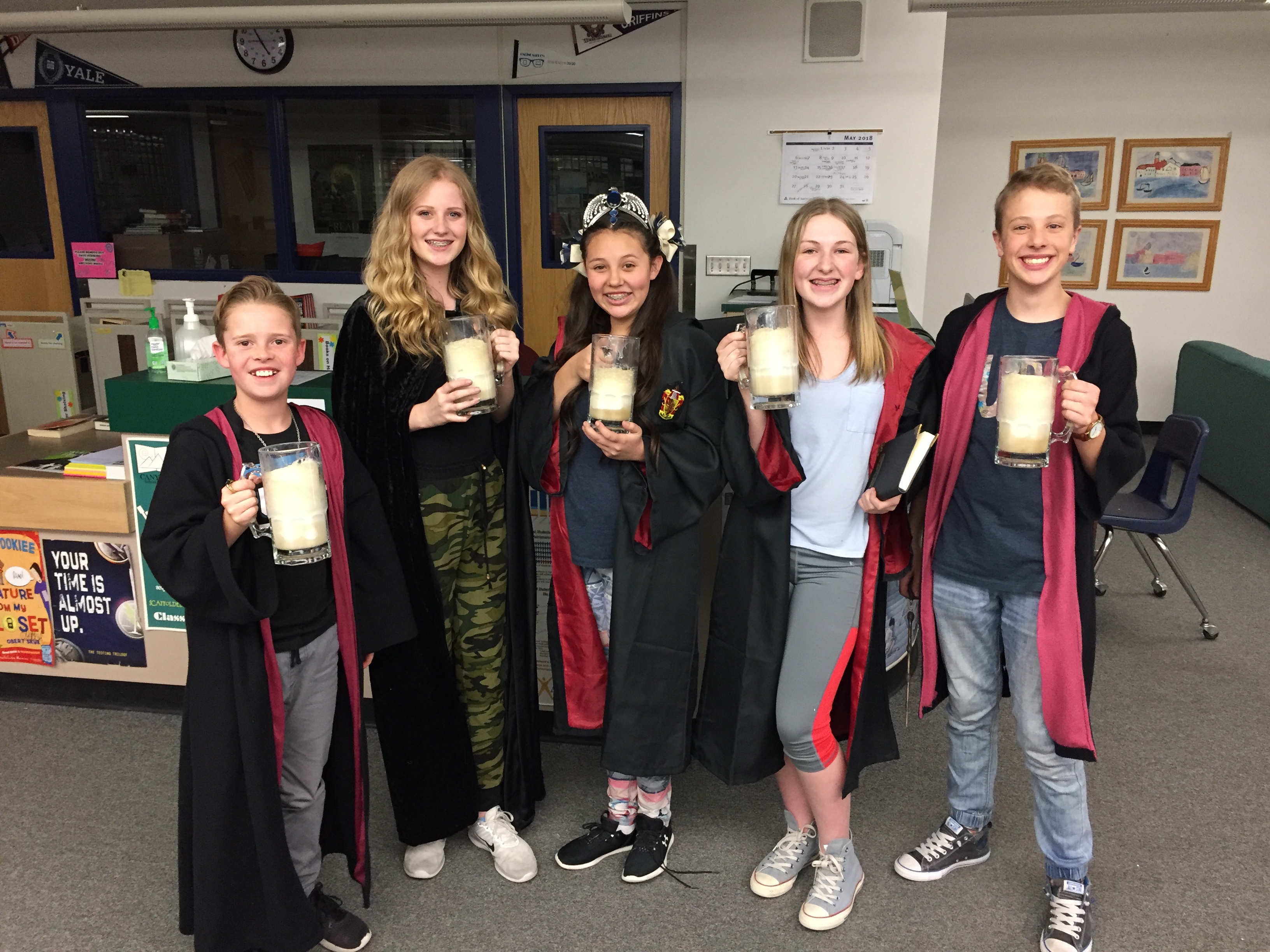